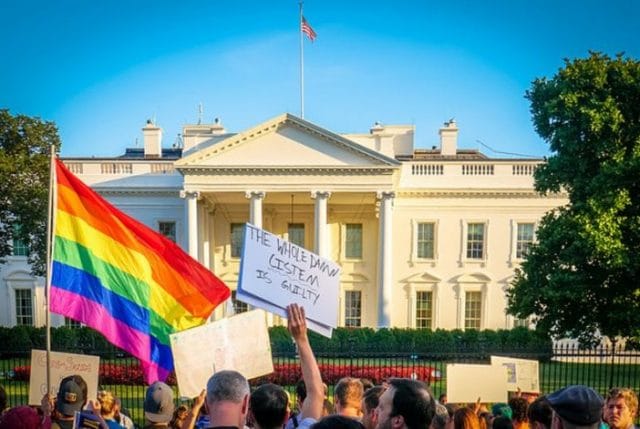 A new survey shows that young people’s support for LGBTQ people has dropped for the second consecutive year.

The Harris Poll and GLAAD just released the results of their yearly survey in their Accelerating Acceptance report.

The survey was conducted this past January and involved 1970 respondents, including 1754 non-LGBTQ respondents. They were asked about whether they would be comfortable with an LGBTQ person in various situations, like having an LGBTQ doctor, their kid having an LGBTQ teacher, or a family member coming out.

Young men’s drop in support was even more dramatic. 62% were comfortable in all the situations two years ago, but now only 35% are. 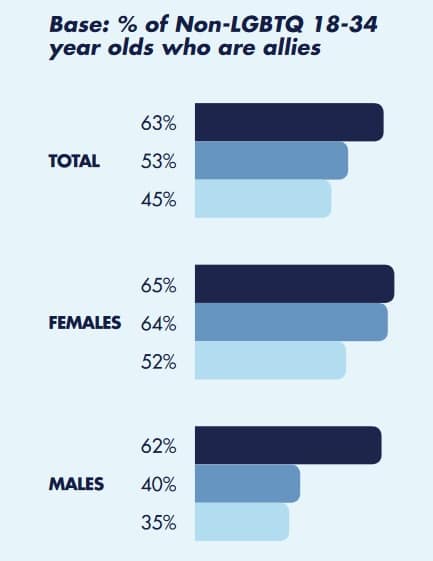 Among 18- to 34-year-olds, 39% said that they were uncomfortable in that situation, up from 27% two years ago. Young adults were 50% more likely to say that they would be uncomfortable if a family member came out this year compared to 2016.

Even the percent who said that they would be uncomfortable with an LGBTQ doctor rose from 24% in 2016 to 34% this year.

“We typically see in our surveys that younger Americans can be counted on to advocate for issues like gender equality, immigration and climate change,” said John Gerzema, CEO of The Harris Poll.

“So it is surprising to see a notable erosion of acceptance for the LGBTQ community, which counters many of the assumptions we make about their values and beliefs. In this toxic age, tolerance – even among youth – now seems to be parsed out.”

“The sharp and quick rise in divisive rhetoric both in politics and in culture is now having a negative influence on younger Americans and coinciding with an alarming pattern of anti-LGBTQ violence and discrimination,” said Sarah Kate Ellis, the president of GLAAD.

“As we commemorate the 50th anniversary of the Stonewall Riots, LGBTQ people and allies must urgently address today’s cultural crisis by being visible and vigilant.”