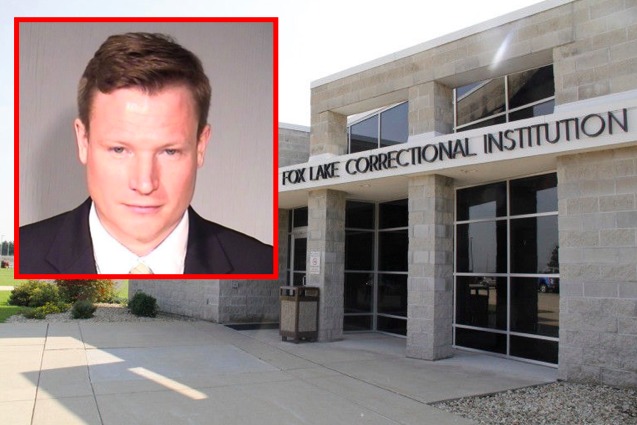 A former correctional officer from Wisconsin will soon be trading in his prison guard uniform for an orange jumpsuit after been found guilty of repeatedly sexually abusing three male inmates.

Police first became away of Wouts’ behavior back in December 2015 when they received a tip regarding a sexual assault allegation from inside the Fox Lake Correctional Institution in Fox Lake, Wisconsin.

Officers responded by meeting with the victim, who said he had engaged in sexual activity with Wouts over the course of several months.

The victim said the encounters were usually prearranged and happened on third shift. He told officers that Wouts would perform oral sex on him, as well as on numerous other inmates.

Officers interviewed a different victim who alleged that Wouts asked him to perform oral sex once, telling the inmate he did not have to be afraid. Wouts allegedly told the inmate he’d been doing it for nine to 10 years. Wouts allegedly said he knew all the blind spots and had been called out in the past, but it was his word against the inmates’.

Wouts has denied any sexual activity with inmates, laughing at the suggestion and allegedly telling detectives that he was “not gay and would never ruin his reputation or his family to do something like that within the prison system.”

But a pair of underwear recovered from one of the inmates showed a combination of the inmate’s and Wouts’ DNA.

Wouts now faces to 125 years in prison followed by 75 years of supervision and $500,000 in fines. His sentencing is scheduled for July 20.