Are we wrong in thinking this YouTube clip is hallucinogenically annoying??

We had never heard of fledgling YouTube personality NoBiggie before, and after viewing one of his latest offerings, we start to understand why.

His schtick largely consists of texting friends, acquaintances, and exes various lyrics to popular songs as though striking up conversation, with theoretically hilarious consequences.

In the below clip, his mark is “one of my friends who’s more of an acquaintance and this gentleman happens to be gay.”

Here’s what he has to say about him:

I could tell this man was low-key trying to always hit on me, bro. Now, speaking from all the gays I’ve met, there’s two types of gay dudes, okay? There’s the one type of gay dude who’s like super cool, super-chill, like someone you could actually be good friends with. They’ll never try to hit on you, and they’re always just like super-chill cool people, man.And then the second type of gay dude: sassy, ego through the roof, always trying to hit on you, and no matter how many times you tell these guys, look man, I’m straight, they’ll always say some shit like, ‘Oh but, you don’t really know, you know, you don’t really… you never tried it, so how could you know if you never tried it? Bro.”And it seems like every gay dude I run into always seems to fall into the second category like, man, like what the fuck? Where are all my chill gay people at, man. Goddamn!”

None of this answers the really important questions: Why is there a plastic toy trumpet and a kitty cat T-shirt hanging on the wall behind him?

Anyway. He proceeds to send this gentleman “who happens to be gay” the lyrics to The Chainsmokers’ “Closer,” which includes seductive lines like “You’re looking pretty in a hotel bar,” “so baby pull me closer,” and “you look as good as the day I met you.”

Here’s a sample of what that winds up looking like: Commentators wasted no time in writing in.

Here’s a sample of what that winds up looking like:

Witness the full horror below: 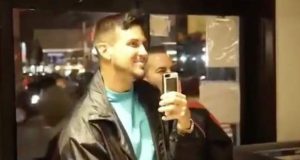 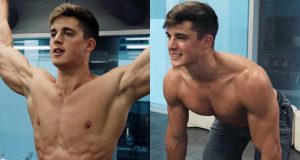 Pietro Boselli wants to give your body a workout

Nick Gayer
0
Looking for some motivation to get fit? This could be just what you need… Pietro Boselli, often dubbed the “world’s sexiest maths teacher”, went viral... 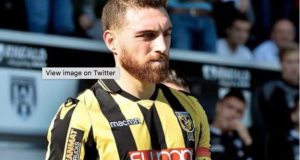