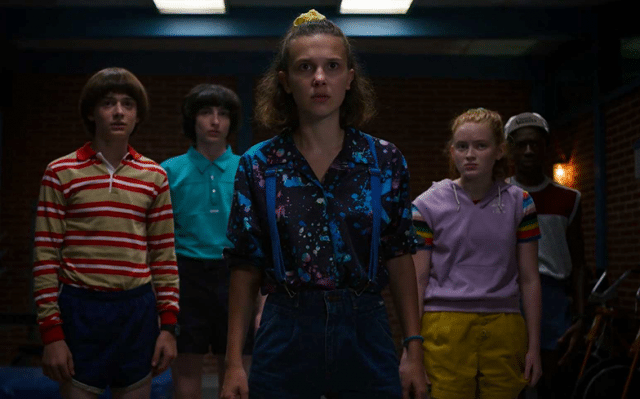 Last week, the third season of Netflix’s acclaimed fantasy horror series, Stranger Things, premiered after a two-year break to universal praise, with some critics declaring it the best season so far.

The season follows the main cast as they navigate puberty, love, rabies-ridden rats and a Russian conspiracy. Oh and of course, the demons of the Upside Down are back, and this time, they’re possessing the citizens of Hawkins.

We were introduced to a new main cast member, Robin (Maya Hawke, daughter of Uma Thurman and Ethan Hawke), the co-worker of Steve Harrington, who later reveals in the seventh episode that she’s a lesbian.

It was met with a highly positive reception from fans and critics, who welcomed the inclusion of an LGBTQ character.

However, there was another queer moment in the show that garnered significant attention. Also in the seventh episode, Will argues with his friends after they obsess over their girlfriends during a game of Dungeons and Dragons.

After Will storms out, Mike follows him and tries to make amends, before saying: “It’s not my fault you don’t like girls!” Will is visibly upset with Mike’s comment, but after this it’s never spoken of again.

Mike could just be referencing the fact that Will is the only member of the gang to not have a girlfriend. On social media, however, fans declared Will a ‘gay icon’ and said they want his sexuality to be explored in the fourth season.

“Ok I love Robin and it’s really fantastic Stranger things gave us a bad ass LGBTQ+ character, BUT they really dangled the idea of Will being gay in my face and said SIKE,” said one fan, while another wrote: “Did Mike say Will is gay?”

All three seasons of Stranger Things are available to stream now on Netflix.