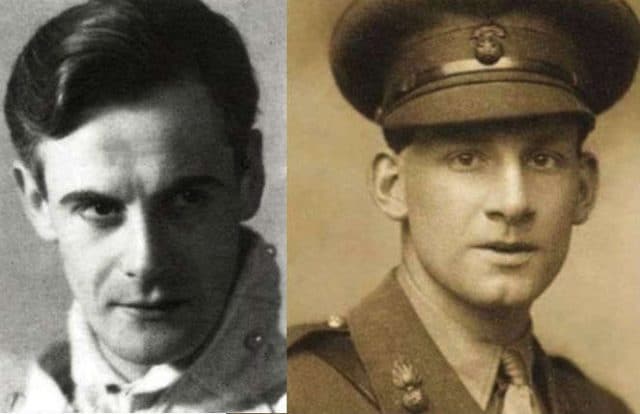 A tender gay love poem written by Siegfried Sassoon, one of the world’s greatest war poet’s, has been discovered by a student in the UK.

The short poem consists of just eight lines and was written in 1925, when homosexuality was illegal. Sassoon wrote the piece to his young lover, Glen Byam Shaw, the reported.

Shaw was a well-known actor and theatre director of the time. He was also good friends with renown gay actor Sir John Gielgud.

The poem was published on Monday in the Guardian’s sister publication, the Observer. It is significant because it reveals the emotions of the famous British war poet when gay love was strictly forbidden.

Julian Richards, 26, is a PhD student at Warwick University. He came across the lost work while researching Shaw at Cambridge University.

Sassoon wrote the poem when he was 39 years old and Shaw 20. The Guardian said the work was penned: “A day after their first dinner together, Sassoon was already full of yearning for his young lover: ‘Though you have left me, I’m not yet alone:/ For what you were befriends the firelit room …’, the paper wrote.

Richards was sifting through hundreds of letters held by Cambridge University library when he came across one dated 24 October 1925.

‘Sassoon writes in the letter of Shaw spending the evening before with him, before saying that he wrote a few lines, which he himself doesn’t seem to think of highly, for Shaw’, Roberts told the Guardian.

Now the leading Sassoon expert has confirmed that it is unpublished, the paper said.

‘What is important is that it’s written at a time when Sassoon believed that poetry had forsaken him.

‘He finds it very difficult to write poetry in the 1920s. He’s been so successful as a war poet that he doesn’t really quite know where his poetry lies. He’s sort of grasping for a subject.’

Richards said that it was ‘incredibly exciting’ to find an unpublished poem by such a great writer – a poet and novelist. Sassoon is best known for his antiwar poetry, such as The Old Huntsman (1917) and Counter-Attack (1918).