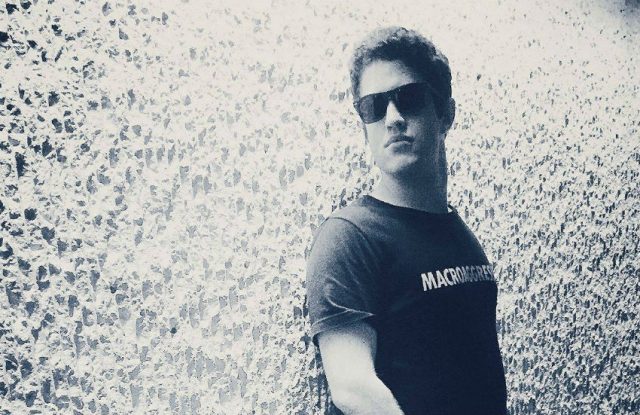 He had made the comments during an out-of-class conversation with another graduate student. They had been discussing the ‘religious leanings of philosophy professors.’

He pointed out that in some Muslim countries, he could be executed for being bisexual.

A few days after the conversation, he was called in for a meeting with Dr Eve Browning. She is the Chair of the Department of Philosophy and Classics at the University of Texas at San Antonio. MacDonald studied here at the time.

This event took place in September 2016 but Alfred MacDonald only went public with it this summer.

Dr Eve Browning said if his behavior continued, he would be referred to the student conduct board. She said they would recommend dismissal.

A university head of department threatened a bisexual student with dismissal after he made a comment regarding LGBTI executions in Islamic countries.

‘There are Muslim countries where I could get executed’

MacDonald explained to GSN: ‘I was curious if there would be any bias toward me if I took a religious philosophy course as an atheist.’

The student MacDonald was talking to mentioned she was a Christian while her fiance was Muslim.

MacDonald responded by explaining he didn’t have a ‘high opinion of Islam’ because ‘there are Muslim countries where I could get executed.

‘I mentioned that I didn’t have anything against her fiance personally and that I was strictly talking about the religious beliefs themselves.

‘I took this to mean that she wanted to talk about our personal lives, so I mentioned my fiancee and our leanings and we talked about what restaurants she’s worked at.

‘The conversation very demonstrably started with ideas and shifted to people.

‘Even if it hadn’t, this would still be unjustifiable to discipline at a public university, but I am emphasizing that this is the grounds on which Eve called me in for a disciplinary threat because, as she is the head of a philosophy department, it’s that much more egregious.’

‘Her issue is probably not convenience or efficiency, but concealment’

When MacDonald was called into the meeting he had no idea of the severity.

Dr Browning emailed him explaining she wanted to meet with him to ‘discuss some behavioral concerns.’

At the time MacDonald lived an hours drive away from campus.
He explained: ‘At the time I lived 15 miles from the UTSA campus, I was in the process of moving. I was buying a car for school. My commute averaged two hours of driving per day, so before agreeing I asked if she could just email me her concerns as an hour-long meeting was, in fact, asking me to take three hours out of my day.’

Dr Browning insisted the meeting be in person.

MacDonald continued: ‘I reasoned that her issue is probably not convenience or efficiency but concealment of at least some part of what she was going to talk about.’

‘Texas is a one-party consent state’

Texas is a one-party consent state, which means private conversations can be recorded as long as the person recording is involved in the conversation. For this reason, MacDonald felt it was in his best interest to record the meeting.

The original recording of the meeting MacDonald released was 30 minutes long.

A lot of this recording was irrelevant to the incident.

MacDonald tried sending this to multiple organizations to bring light to what had happened to him.

But because the audio did not highlight the incriminating parts and was 30 minutes long, no one would listen.

It was only after he cut the audio down and made a ten-minute long version, people began listening.

In the meeting, Dr Browning explained she had received multiple complaints about MacDonald’s behavior.

One was that he was turning up late to classes, but he explained that issue had already been dealt with.

Another was regarding offensive comments.

‘It was alleged that you made offensive comments about Islam’

Dr Browning said: ‘It was a conversation you had with a couple of other students that you weren’t originally part of. You joined it.

The topic of one student being engaged to a Muslim came up, and it was alleged that you made offensive comments about Islam to that student.’

‘The topic of one student being engaged to a Muslim came up. It was alleged that you made offensive comments about Islam to that student.’

In the recording, MacDonald can be heard explaining: ‘I said that I was bothered that I could be killed in ten Muslim countries. I’m bisexual. So they’d definitely do that in the ten countries where I would be — you know.’

He continued to clarify that the comments were not targeted at the fellow student’s fiance, but ‘about the religious practices in those countries.’

Later on in the meeting, he asked Dr Browning what would happen to him if his comments were deemed inappropriate again in future.

She stated: ‘We’d put it either before the behavior intervention team or the student conduct board. And we’d ask them to make a recommendation.’

Dr Browning then went on to clarify they would either refer him for counseling. Or they would recommend that he be academically dismissed.

The threat of dismissal took MacDonald by surprise.

‘It was difficult to stay motivated’

He explained to GSN university is the time in your life you are the most ‘intellectually uncomfortable you’ve ever been.’

It was hard for him to believe his out-of-class speech was being restricted.

MacDonald believes the concept of restricting speech due to ‘”appropriateness” is itself inappropriate to the very idea of a university.’

He no longer studies at the University of Texas at San Antonio. He transferred not longer after his meeting with Dr Eve Browning.

‘It was difficult to stay motivated knowing that any revision to any paper I made might be ran past the department head if it offended someone,’ he explained to GSN.

MacDonald waited until he was in good standing at his new university before going public with the audio recording.

He still warns people away from Dr Eve Brownings department.

He explained: ‘For every student who makes her restrictions on thought known, there will be ten or twenty who say nothing and allow her to shape a generation of students unnoticed.’

GSN attempted to contact Dr Eve Browning for her comment.
She declined to comment, citing her own safety as the reason.
Dr Browning said: ‘The number of threats I am receiving (due to threads the student has started on Reddit) makes this a subject I would not feel safe discussing even very generally.’