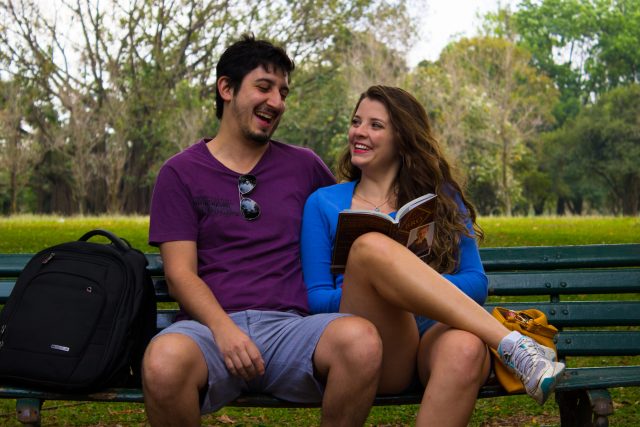 Turns out there may be some truth to that much ballyhooed stereotype after all, if a recent study from the University of Texas is to be believed. Their fundings suggest there’s a reason beautiful women choose gay best friends over straight ones, and it has something to do with fears of being taken advantage of and mating rituals.

As Pink News reports, the study indicates good-looking women gravitate towards gay men because they feel they’re less likely to be deceived by them, whereas “physically less attractive women” felt threatened by gay men out of fear they might “steal their boyfriends.”

According to The Mail Online, the most attractive females participating in the study were also unpopular with these ladies.

The study came to its conclusions by photographing 68 women in tight clothing and asking 103 heterosexual men and women to rate the photos based on their attractiveness.

Men were subsequently asked to rate the women on the likelihood of “mating reactions”; i.e., seducing each individual, or trying to coerce them into having sexytime.  Women were asked to rate the photos based on how likely they could compete with the women pictured, and how much of a threat they appeared to pose.

Part II of the study later asked the 69 photographed women, all of whom had now been rated for their attractiveness and apparent level of threat, to assess another group of people for their ideal besties. The group was a mix of straight and gay men and women.

Women were then told to place their “friend dollars” beside their preferred companion.

Researched found that the women rated most attractive tended to spend these “friend dollars” on gay men, revealing “‘a perception that gay men would value them beyond sex.”

The researchers, led by Professor Eric Russell, think their findings show that “attractive women are more likely to be sexually exploited and competitively deceived by straight men and other straight women” and  “straight women’s physical attractiveness is systematically linked to their desire for gay male friendships.”

“Taken together, these findings provide converging support for the idea that the women’s own level of physical attractiveness play an important role in their willingness to form friendships with gay men.”

What do you think of these findings? Outrageous poppycock or very curious, indeed? Sound off in the comments below.