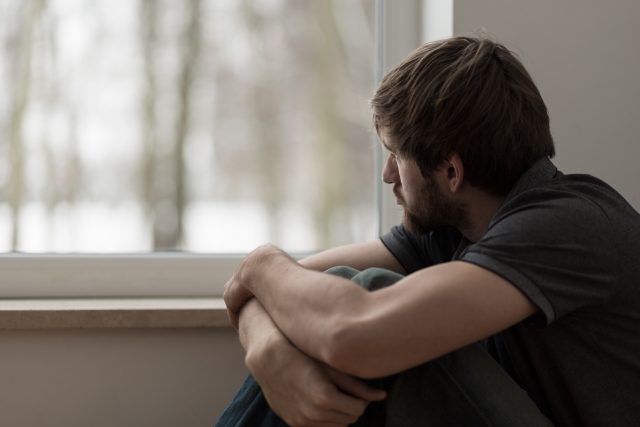 Those looking for good news in the last few weeks of 2016 may want to set their alarm clocks to snooze for another twenty-three days.

A sweeping new study by the National Alliance on Mental Illness indicates that people who identify as gay, lesbian, bisexual, and transgender are three times as likely to suffer from certain mental health conditions like depression, anxiety, and post-traumatic stress disorder.

Here’s a chart provided by Mentalhelp breaking down the data: While collecting data, researchers conducted interviews with members of the community, but these real-life testimonials add little in the way of cheer to these sobering statistics.

“I think coming out to myself and to (select) others really helped,” says “Andrew,” a 54-year-old bisexual cisgender man. “It was like a weight lifted off me — keeping all those contradictions bottled up must have been a tremendous source of stress itself.”

“It was rare to make it to the end of the hallway of people without hearing at least three homophobic or transphobic slurs,” says Jessica, a pansexual transgender woman, age 22. “A classmate of mine came out of the closet as gay and was harassed regularly to the point of dropping out of high school.”

“Since coming out as trans, I have lost nearly every friend I have ever had, most of my family no longer speaks to me,” says Laura, a 35-year-old transgender woman.

One of the most surprising takeaways from the study is the fact that young people still face the highest risk for developing psychological problems, which goes against the notion of younger generations being more tolerant than those who have come before.

Their increased risk of depression directly connects to whether or not the youth is being bullied, the CDC reveals.

As for substance abuse, there are significantly higher rates of binge drinking and heavy drinking than those of heterosexual people (19.2% verses 12.1%).

Several respondents made a point of directly correlating their drug and alcohol intake to coping “with the distress of living in an unwelcoming society.” “I have used substances in the past to try to deaden the pain,” says Chris, a 57-year-old who identifies as a gender-nonconforming bisexual. “Sometimes this has been a direct action after suffering as a gender minority and being treated as if I do not have value.”

If there’s an inkling of hope in any of this, its in the data gathered to glean the quality of life and overall sense of emotional support in the LGBTQ community. Generally, LGBTQ people said they were overly satisfied and had a decent support network in their lives.

Thirty-six percent of participants claimed they were “very satisfied with their lives,” which is still slightly lower than straight individuals (48%).

“Connecting with other trans people has been the single most important factor in reducing my isolation,” says David, a 27-year-old bisexual transgender man. “Other trans people are able to relate to me in ways that my health care providers and family members (who are all cisgender at this time) don’t.”

If you’re reading this thinking “I’m one of those statistics,” here’s a good resource to get in touch with people near you who can help guide you to help.