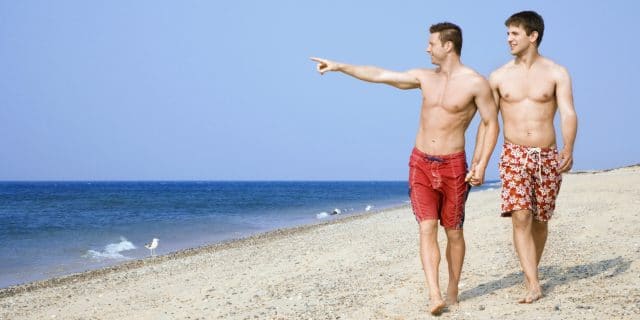 Apparently, everybody has the gay in them

According to a recent study, heterosexuality just might be a myth. Although it analyzes how women sexuality functions, researchers say that the same data applies to male subjects as well. The difference is that women are more open about their sexual inclinations. Compared to men, they will admit their bisexual nature when that’s the case, or even when they are being attracted by another female, even if they see themselves as straight.

Men, on the other hand, will not, but, according to scientists, that does not change how their mind functions. And it can all be analyzed with the help of one bodily feature we simply can’t control. As Ritch C. Savin-Williams, the director of Developmental Psychology and Sex and Gender Lab in the Department of Human Development at Cornell University declared:

It’s basically a study that assesses sexual orientation by looking at the eyes and whether they dilate or not. You can’t control your eye dilation. Essentially, that’s what the whole project attempts to get at, another way of assessing sexuality without relying on self report. Another way of course is genital arousal, but that gets a little invasive

This is where bisexuals come from. Because, in essence, bisexuals are either gay or straight. Depending on a variety of factors. And this is why you get to see straight guys that go through homosexual experiences and have no idea what hit them.

The study is relatively new and the findings need to be replicated before ending up with a definitive conclusion. But the initial data is incredibly compelling. Next time you see a straight dude looking at you with interest, now you know.