Home Gay Life Study reveals: Children with same-sex parents are no different from children in... 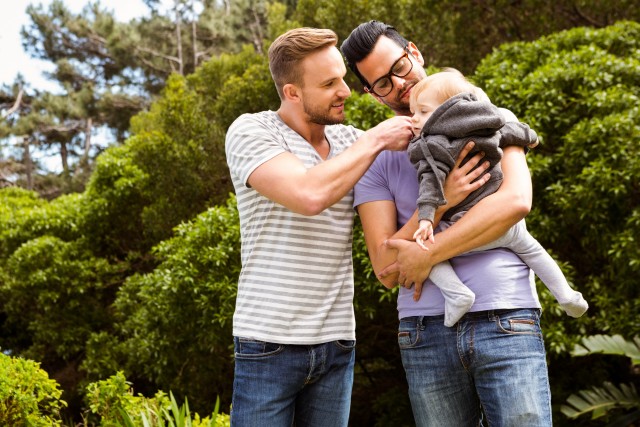 The study conducted by researchers affiliated with Williams Institute at UCLA School of Law, The University of Amsterdam and Columbia University compared 95 same-sex couples and 95 hetero couples.

The conclusion of the study was that the children raised in the same-sex couples were no different from children raised in straight families when it came to parent-child relationships, or children’s general health, emotional difficulties, coping and learning behavior.

“This study is the first to use a nationally representative survey to compare the two types of households by focusing only on those with parents that have been in a continuous relationship,” Henny Boss, the lead author of the study stated in a press release.

The research was based on eight demographic characteristics of the families involved in the study: parental age, education, U.S. birth status, and current geographic location, and the child’s age, gender, race/ethnicity, and U.S. birth status.

The research reveled that same-sex parents experience more stress because they are under the pressure of society.

“Future investigations might explore whether the cultural spotlight on child outcomes in same-sex parent families is associated with increased parenting stress,” Nanette Gartrell,  co-author and psychiatrist said. “Some of our earlier studies have shown that lesbian mothers feel pressured to justify the quality of their parenting because of their sexual orientation.”

The increased parenting stress that same-sex couples experience, does not affect the general health and well-being of their children.

“Our analyses reveal that although female same-sex parents acknowledge more parenting stress, their children demonstrate no differences in general health, emotional difficulties, coping behavior, and learning behavior from children reared in different-sex parent households. These findings are relevant to clinicians, public policy analysts, litigators, and legislators who are consulted on matters pertaining to same-sex parent families.”