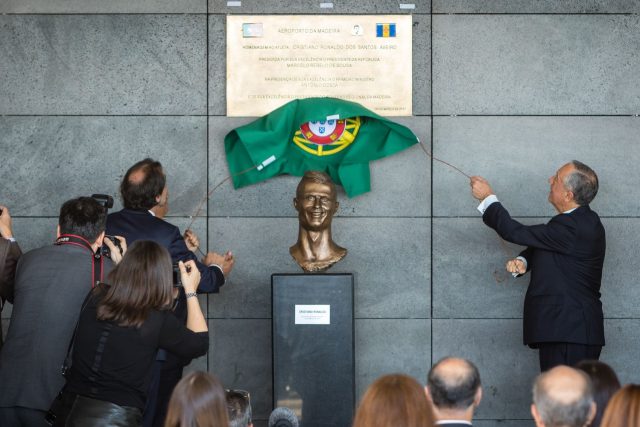 This is how you treat the sexiest man in soccer?

Cristiano Ronaldo must feel rather proud: An airport in his birthplace of Madeira, Portugal, is being named after the soccer superstar. But the bust commissioned to honor the Real Madrid player is drawing some unfavorable reviews.

The bronze sculpture was unveiled Wednesday at the former Aeroporto da Madeira, now known as Cristiano Ronaldo International Airport. But it bears little resemblance to Ronaldo, one of the most handsome pro athletes around.

For a very handsome man, Ronaldo has had some appalling luck with statue-makers pic.twitter.com/M74YEDng4c

Cristiano Ronaldo isn't the only footballer to be honored with a shockingly bad statue of himself… https://t.co/1Y7fIhpRde pic.twitter.com/crn4RkH5mg

I believe there's been a huge mistake made on the new bust of Cristiano Ronaldo at the Madrid Airport: pic.twitter.com/h9Hu5PiM90

Cameras captured his reaction at the ceremony, attended by Portuguese president Marcelo Rebelo de Sousa, but Ronaldo was nothing but gracious in his remarks. 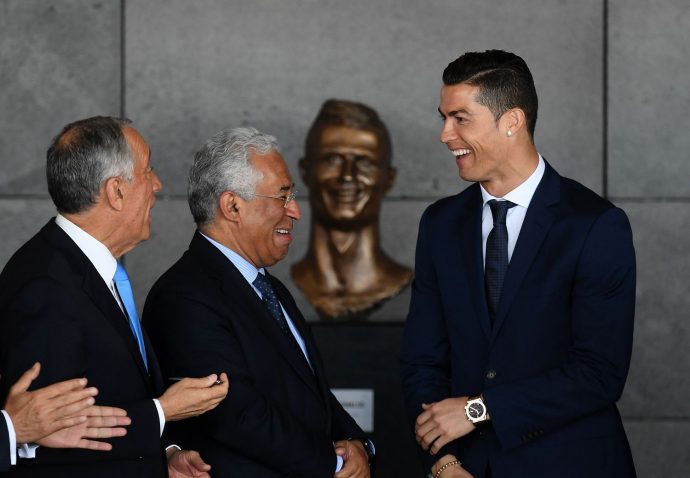 “Thank you for being here in my honor. Seeing my name being given to this airport is something very special, everyone knows that I am proud of my country and especially my home city,” he told the crowd. “I will try to dignify Portugal, and especially Madeira, with a spirit of sacrifice, dignity and passion.”

It’s not even the only ugly statue of Ronaldo in Funchal.

Cristiano Ronaldo statue in Funchal, Madeira, is so life-like it's untrue! pic.twitter.com/AI4kDCJHEG

What’s wrong with you people? 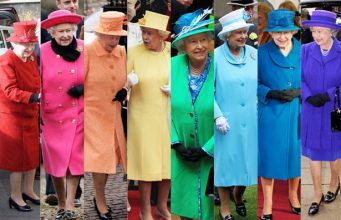 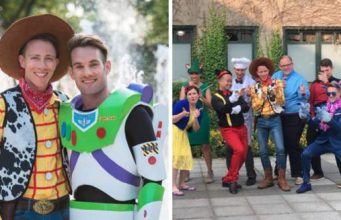 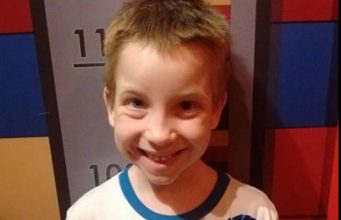