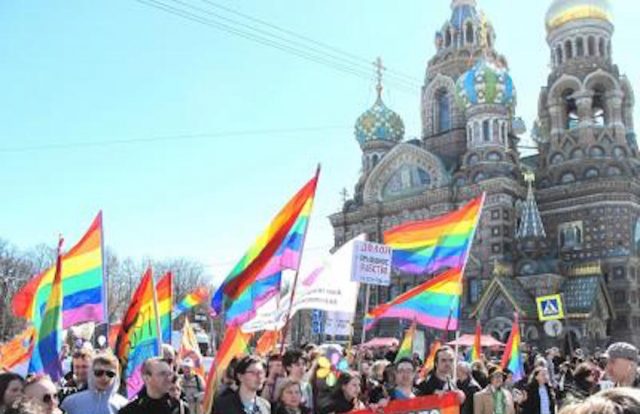 Nearly half of Russians are supportive of equal rights for the gay community, a new poll has found.

This shows a 14-year high in support for gay rights in Russia.

These are the findings come from a new poll by the independent pollster, the Levada Center.

Russia has been widely condemned for its poor record on LGBTI rights in recent years.

The country introduced the controversial ‘gay propaganda’ law in 2013. This law purports to protect children from imagery which could be considered as normalizing homosexuality and LGBTI culture in Russia.

The authorities have also clamped down on other forms of LGBTI expression. This includes banning Pride parades from taking place across the country.

The pollsters found that 47% of Russians agreed that ‘gays and lesbians should enjoy the same rights as other citizens’.

This was a slight majority compared to the 43% who disagreed.

The poll shows a notable increase in support since 2013. In the same year the ‘gay propaganda’ law was passed, 39% of Russians polled said that gay people deserved equal rights.

Political analyst Alexei Makarkin told the RBC news website that the change could be attributed to the media.

Makarkin said there has been a gradual decline in anti-LGBTI representation on Russian TV over the past six years.

But he also tempered the new findings with a warning, .

‘If fired-up people yelling about Russia’s perverted, millennia-old moral foundations are shown again,’ Makarkin added. He said that if this happens, ‘[the] degree of intolerance toward the LGBT community will rise again.’

Russia has seen a sharp decline in LGBTI rights in recent years.

The authorities  on LGBTI rights marches, awareness campaigns, and . In March, Russian police .

The implementation of the ‘gay propaganda’ law in 2013 has also been used to justify various clampdowns on the LGBTI community.

In Augst last year,  50,000 rubles (the equivalent of around $760) for posting pictures of partially nude men embracing each other on social network site Vkontakte. LGBTI rights activists said this was the first time someone who is not actively involved with campaigning for LGBTI rights and awareness was prosecuted under the law.

Anti-LGBTI sentiment by the authorities has also been widespread in Russian federal subject, Chechnya.

Chechen authorities have begun a massive clampdown on the local LGBTI community. Numerous LGBTI people in Chechnya have reported being tortured after having been detained by the authorities.