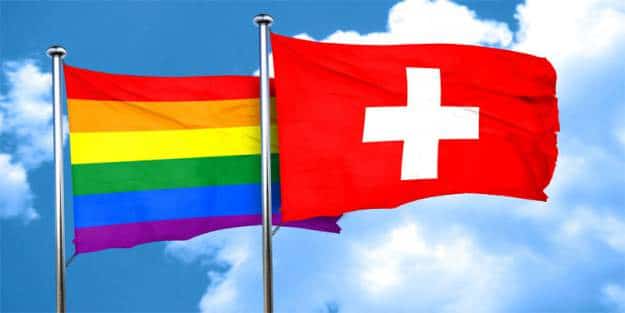 By a vote of 118-60, the National Council of Switzerland has amended its penal code to make homophobia and transphobia as illegal as racism.

Under the new ordinance, anyone who is found guilty of discrimination based on sexual orientation or gender identity will face up to three years in prison.

The move to change the penal code was led by National Councillor Mathias Reynard.

Upon passage of the new law, Reynard tweeted his celebration writing, “Victory! By 118 against 60 and 5 abstentions, the National Council accepts my parliamentary initiative against homophobia and Transphobia!”

“A great success for human rights! Final response in December to the Council of States,” he added along with a Pride emoji and LGBT hashtag.

According to Gay Times Magazine, Reynard said following the vote, “Homophobia is not an opinion. It’s a crime. One in five homosexuals attempted suicide, half before the age of 20. This victory sends a strong signal. I have already received hundreds of reactions.”

While Switzerland has allowed civil partnerships since 2007, the country is woefully behind the times in terms of most civil rights for LGBTQ people. There are no legal accommodations for same-sex couples when it comes to adoption, taxes, welfare or fertility.

Following this recent win, Reynard says that he now plans on bringing marriage equality to Switzerland.

Gay, bi and lesbian Australians are ‘too tired’ to tie the knot, says campaigner