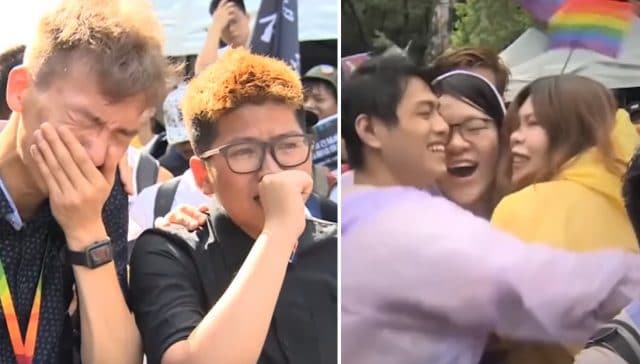 Taiwan has become the first country in Asia to legalize same-sex marriage.

On May 24, 2017, Taiwan’s Constitutional Court ruled that the country’s ban on same-sex marriage violated the constitution and gave the government two years to amend or overturn the law to be in compliance with the ruling.

According to CNN, the country passed the law on early Friday. The new law is scheduled to take effect later next week.

Taiwanese President Tsai Ing-wen celebrated the law’s passage in a tweet shortly after.

“Good morning #Taiwan. Today, we have a chance to make history & show the world that progressive values can take root in an East Asian society,” she said in the tweet.

On May 17th, 2019 in #Taiwan, #LoveWon. We took a big step towards true equality, and made Taiwan a better country.