Taiwan’s president, Tsai Ing-wen, on Wednesday (22 May) signed legislation to allow same-sex couples to register for marriage in the country on Friday.

President Tsai on Wednesday said ‘gradually everyone will understand that what was originally feared was not happening.’

‘[The law] is to let more people be in love, be able to combine each other, take care of each other, have the warmth of the family, and receive the fundamental rights and interests of the law’ she explained.

Taiwan’s premier on Thursday urged government workers to treat same-sex couples in the same way as opposite couples.

The LGBTI community raised concern on Wednesday when a template of the marriage contract with ’same-sex marriage’ written on it emerged.

The ministry of the interior later promised same-sex couples would be issued a standard marriage registration certificate.

Marc and Shane plan to be one of the first same-sex couples to tie the knot.

They plan to head to the household registry office first thing on Friday.

‘We are about to get legally married!’ Marc told Gay Star News.

met in sports class at college. 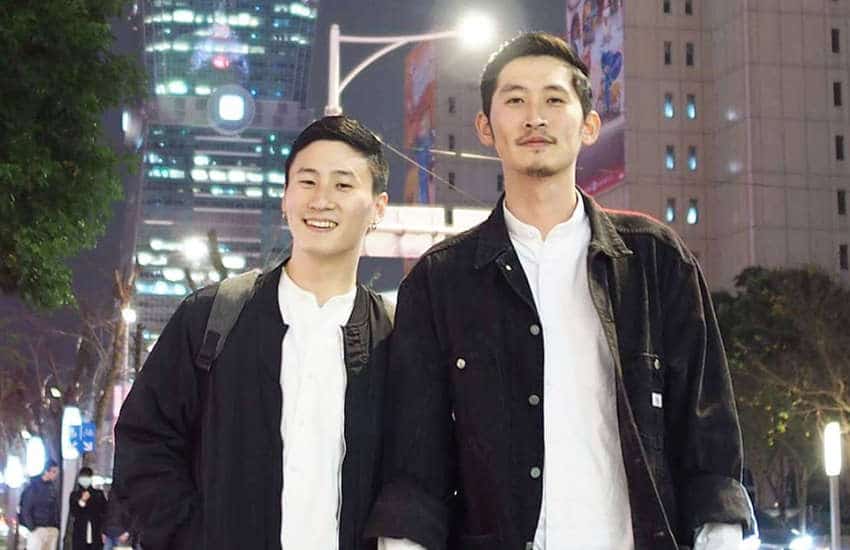 Marc and Shane from Taiwan will be one of the first couples to get legally married in Asia (Photo: Instagram)

Last year, Marc proposed to Shane at the concert of one of his favorite singers.

‘I feel a bit nervous and my heart has started beating faster. I think this is because I know we are about to enter a new stage of our lives.’

‘We will hold each other’s hands as we meet tomorrow’ he also said.