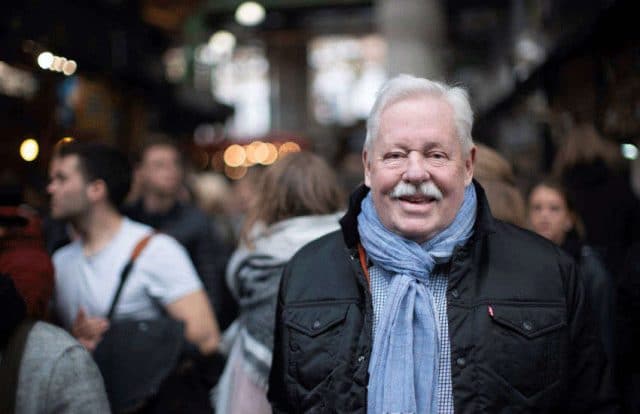 Armistead Maupin is the iconic writer of Tales of the City, a series of novels about the lives and loves of LGBTI people and their allies in San Francisco, California.

To celebrate, we sat down with Armistead, 75, to discuss Tales’ ongoing evolution, LGBTI self-acceptance, his favorite TV shows, including RuPaul’s Drag Race!

What they share is they capture the essence of what was in my imagination. The first miniseries was a very faithful recreation of the first book. We can’t do that now. My last book was five years ago, and we wanted it to be contemporary.

There are new avenues to explore. That’s got its own appeal to me. Because these are my characters – but they’re doing things that are surprising me!

I do. Very much. I feel that way about the actors too.

No, not really. I liked them all for different reasons. They’re all pieces of me.

Well, funnily enough, DeDe has been the most evolving of all the characters. She has some fun! I like that character, and the actor very much, Barbara Garrick. Mary Ann is so intimately tied up with my friendship with Laura [Linney, above], I can barely separate the two!

Not only a new generation, but new areas of the world. This is a global release. This will deliver the message of Tales to queers that need to hear it badly in their countries.

It depends which street I’m on! If I’m on the Brompton… fairly often!

What would you ask me? 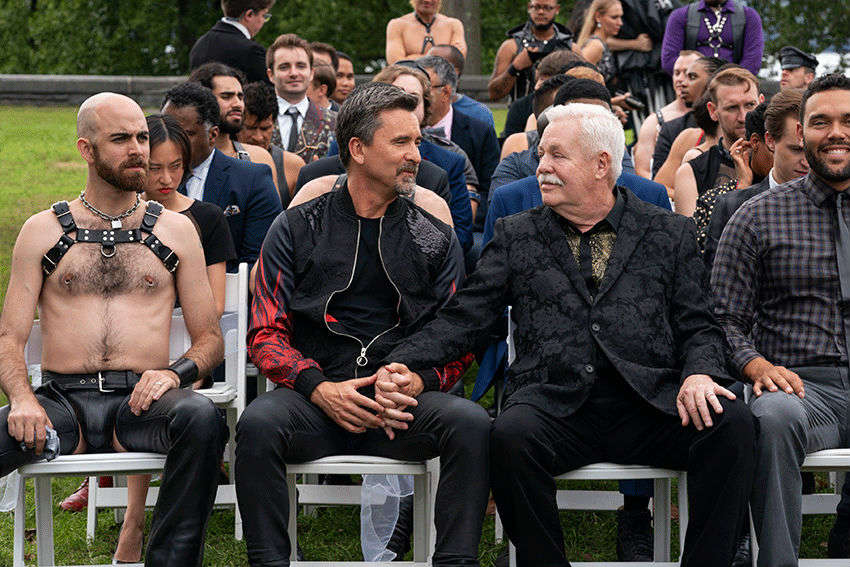 I don’t mind! Chris, my husband, is there with me often. And the dog. That’s how I’m identifiable. A hot young man and a dog – a Labradoodle! – with this old gray-haired man!

People say ‘You know, I know you’ve heard this 1000 times…’ Chris will always say ‘Never mind. He’d like to hear it one more time!’ And he’s right.

They don’t seek advice. They just want to tell me that the books affected them. Helped them to come out. Help them to lead their own lives. And that’s very gratifying to hear.

Oh, many. I’m not gonna think of them right now. What do you like?

I’m halfway through it! Better Call Saul, have you seen that? It’s genius. I like it better than Breaking Bad! Very complicated. The character studies are fascinating. 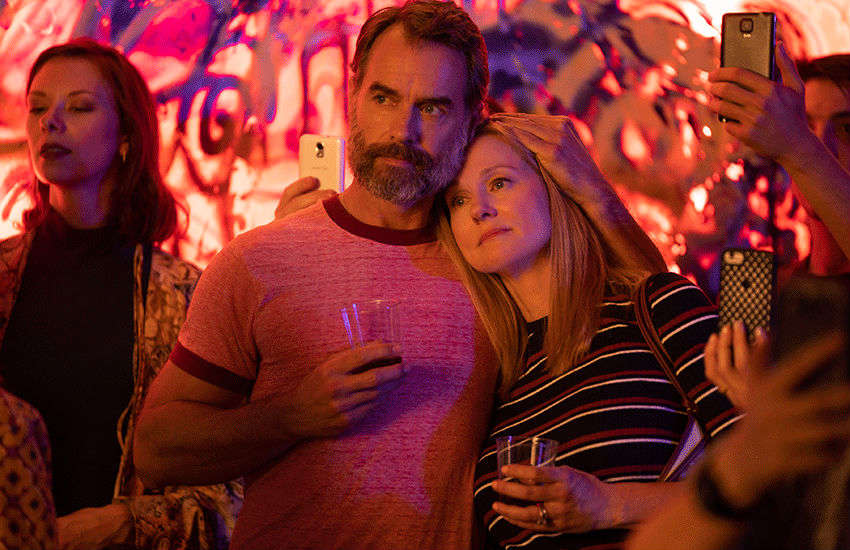 Murray Bartlett and Laura Linney in Tales of the City | Photos: Netflix

I say, do whatever makes you feel good! I’ve had people come up to me and swear that they’re not going to binge watch Tales. Because they want to dole it out to themselves and appreciate it.They say the same thing about the books. They refuse to read the last of my Tales books, because then it’ll be over.

But it’s about your own appreciation of the work. I don’t think you’re you’re dishonoring it by watching it straight through.

First of all, we didn’t have an LGBT community 43 years ago. We had a bunch of queers in big cities that knew each other. Generalizing wildly there, but yeah. I’m not big on this ‘How does everything change?’ Because everything and nothing has changed.

There are still gay men and women who don’t love themselves enough to be themselves and to stand up to bigotry. When Tales started, homosexuality was one year away from being a mental illness and still regarded as a sin.

What was I? Insane, a criminal… it was a crime just to be yourself. A lot of us took that on and never quite got rid of it. I know people of my generation that are still stuck in that place of self hatred. And I know young people who are not getting the message. That it’s just all about being yourself. It’s not about watching RuPaul – necessarily! 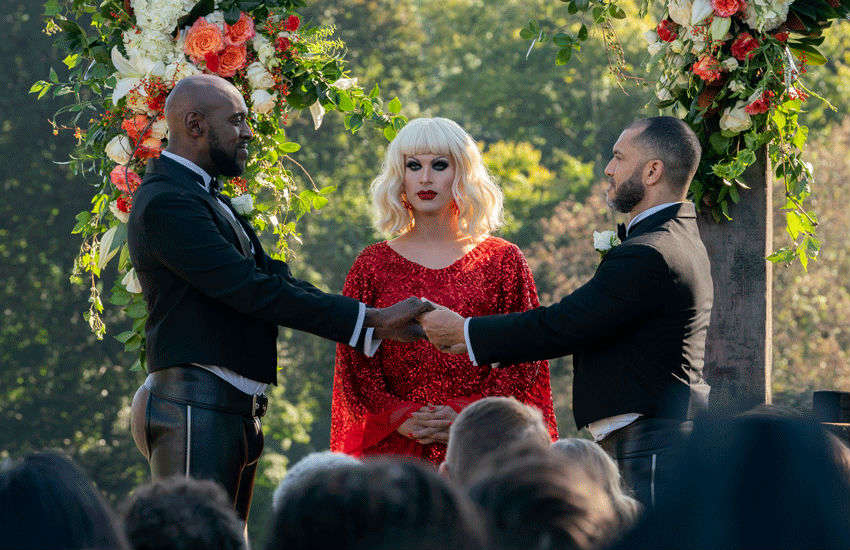 Katya has joined Netflix’s Tales of the City | Photo: Netflix

That’s a masterful piece of entertainment. I watch it. Sasha Velour got me involved. Because she said publicly that Tales was the queerest book ever written. I loved her for that. Then I got on board!

And Bob the Drag Queen is in the new Tales! I think we’ve got him under his stage name. And Katya is performing the wedding ceremony. She’s officiating at a leather wedding! Where I’m in the audience, with my husband!

The day of that, they came out and presented us with a cake because it was our anniversary. That was an amazing feeling. 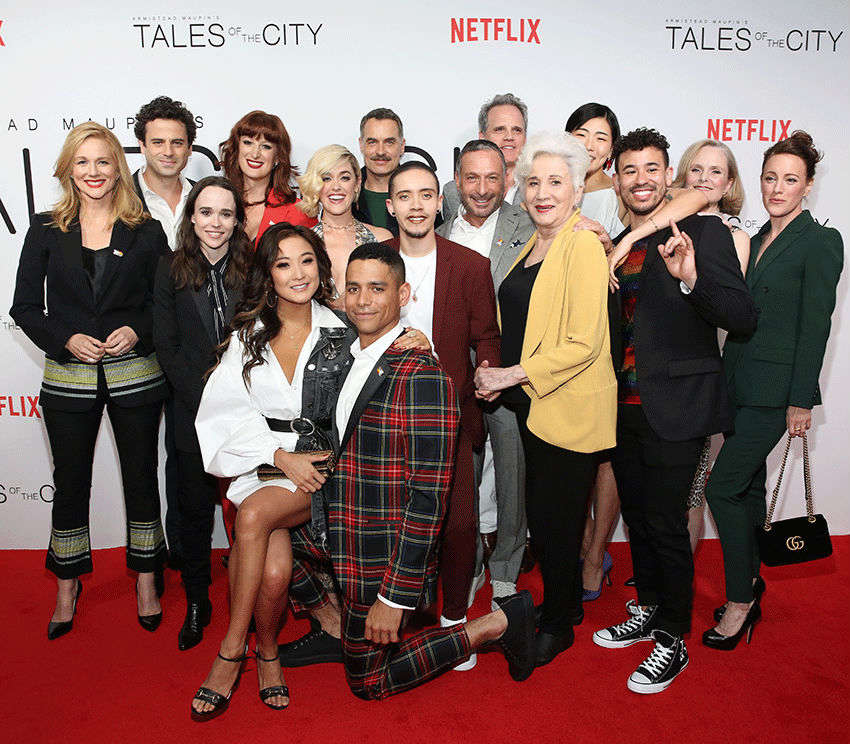 I’ve not only shopped there, I’ve appeared there. On a number of occasions!

Well, if my eyes were better, I would still be devoted to books. But Kindle lets you enlarge the type and illuminate it. Read it in bed, flat on your back. I like those things! 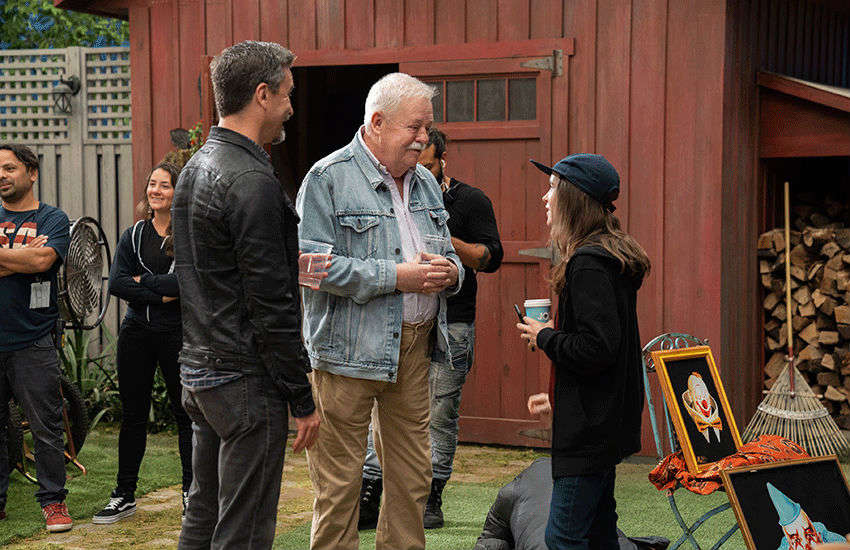 Well, so do I. And plenty do. It’s the same thing you’re getting. If you’re in love with the story, you can get it in book form.

I was I was part of a fundraiser for Gay’s the Word years ago – I marathon reading of Tales by activists over 36 hours. They came with sleeping bags. It was a fun evening. I’ve never forgotten it.

It’s the cultural capital of the English-speaking world. It’s more interesting than it’s ever been, it’s racially diverse, it’s beautiful, has parks… It’s a gut thing.

I will probably go back to San Francisco one time or another. It’s in my heart, my books. I live with San Francisco all the time. I just wanted a new adventure. A last act, to stimulate me in a new way.

Tales of the City is out on Netflix today