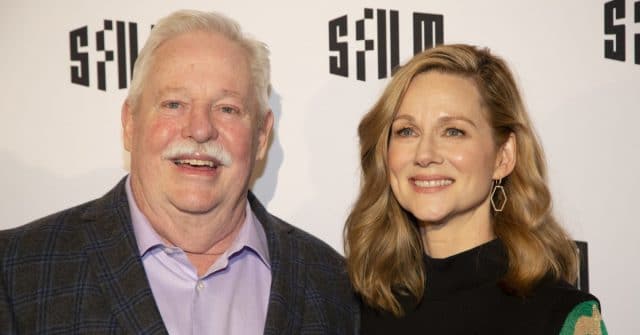 Tales of the City author Armistead Maupin has weighed in on the ongoing debate surrounding straight actors being cast in queer roles.

Discussing Netflix’s new series, which brings his novels that centre on LGBT+ themes as they follows the lives of several people living in San Francisco to life, the 75-year-old claimed “a gay actor can bring something special to the role from their own experience.

Previously portrayed by Marcus D’Amico and Paul Hopkins in earlier adaptations of Maupin’s books, Michael is played by gay Australian actor Murray Bartlett this time round. Elsewhere, Laura Linney reprises her role as Michael’s BFF Mary Ann Singleton, who returns to the Bay area and reunites with her daughter Shawna (Ellen Page) and ex-husband Brian (Paul Gross), having left them 20 years ago to pursue her career.

Armistead Maupin on set of Tales of the City with Ellen Page. (Alison Cohen Rosa/Netflix)

“We’ve got many more ‘out’ actors now, but not enough,” Maupin continued. “There’s still huge lies being told across the board, because agents demand that if they’re gay actors, there’s still an idea in Hollywood that the big stars can’t be gay.

“We do have four or five really big stars who are gay, and they’ve gone to great lengths to cover it up, getting wives and girlfriends.

“When you see Murray or Ellen, you can you can feel the truth of what they’re doing in a way that you wouldn’t if a straight actor was busy trying to distance himself or herself.”

When the original Tales of the City series premiered in 1993, trans character Anna Madrigal was played by cisgender actress Olympia Dukakis. Such a thing would generally be considered unacceptable now, but Maupin was quick to explain to PinkNews that casting directors “didn’t have the pool of actors” to choose from back then as they do now.

In an indication of the show’s progression, he drew attention to new trans character Jake, who is played by non-binary actor Josiah Victoria Garcia and Anna’s younger self, who is portrayed by trans actress Jen Richards in flashbacks. A Fantastic Woman‘s Daniela Vega also guest stars as a young trans woman whom Anna knew in her youth.

Tales of the City’s cast and crew is made up of people with different sexualities and gender identities. Monica Schipper/Getty Images for NETFLIX)

Behind the scenes, showrunner Lauren Morelli – who is perhaps best known for her work on Orange is the New Black – and producer Alan Poul made sure that the creative team reflected the diverse world they wanted to depict onscreen.

“We put together an all-queer writer’s room that we made sure spanned several generations so we could honor the world from which these stories sprang, while also pushing them forward to address everything that’s happening right now,” he explained to Queerty.

“[We wanted to] present a generation of young characters that would be as revelatory and comforting to young queer people today as it was for me, an older gay man, to see myself on screen in the original Tales.”

All ten episodes of Tales of the City are currently available to stream on Netflix.