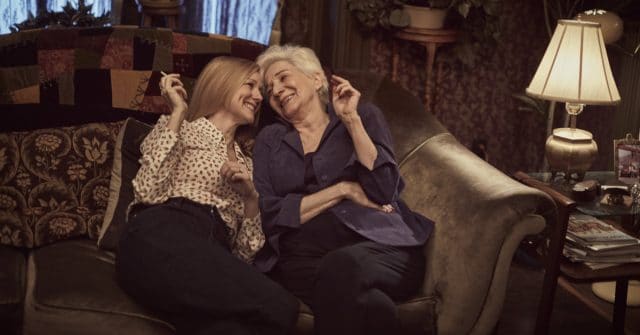 “We’ve got some good butt-f***ing in the new one,” Armistead Maupin says with a childlike laugh.

The author, now 75, is referring to the revival of Tales of the City, the seminal LGBT+ television series based on his books of the same name. “Butt-f***ing,” jokes Maupin, is the last taboo for a franchise that has spanned nearly five decades and broken down every conceivable barrier in print and on screen with depictions of homosexuality, transgender issues, nudity and drug use.

“I don’t think that’s the aim of any of this [to shock people], it’s just to tell our stories, to move people,” Maupin quickly adds.

Tales of the City is arguably about to get its biggest platform to tell its stories yet: Maupin’s creation, first serialised in daily newspapers in 1970s San Francisco, then adapted into a series of novels and television miniseries, will premiere globally on streaming giant Netflix on June 7.

Now, most people wouldn’t bat an eyelid at the sight of seeing two men kissing on-screen—especially if they have a Netflix subscription. The streamer is home to plenty of queer content, including Queer Eye and Orange is the New Black.

“I see it as a media adventure,” Maupin reflects, looking back at Tales of the City‘s 43-year history. “That’s been the ride for me—keeping that alive for all these years, watching it break down the resistance it’s been met with at almost every step of the game.

“In America, even in San Francisco, it was radical when it appeared in the daily newspaper, and there was a mention of LGBT people, never mind what they were doing—there was a moment when Michael [Tolliver] wakes up in bed with John but you had to kind of guess it was two men in a bed.”

“It’s always been slightly radical, slightly controversial,” says Maupin. “I can’t wait to see what Netflix has in store for us because they’ve made it so easy to tell the story the way we wanted to, because the culture’s arrived at that point.”

Armistead Maupin on set of Tales of the City with Ellen Page. (Alison Cohen Rosa/Netflix)

The new Tales of the City, Maupin hopes, can change even “more minds” when it comes to LGBT+ acceptance.

The new series picks up 20 years after the last: Mary Ann Singleton (Linney) has been out of touch with 28 Barbary Lane’s regal matriarch Anna Madrigal (Dukakis) for much of that time and returns to California from her suburban isolation in Connecticut. Anna, meanwhile, has taken in a host of new queer youngsters, forming a family of their own.

The Tales of the City revival will continue its spirited championing of LGBT+ equality and this time focus more sharply on transgender issues, echoing the increased visibility of trans issues in modern discourse over the last decade in particular.

“They’re taking the brunt of it these days—which is ironic, because it was their battle at Compton’s Cafeteria and Stonewall that got the ball rolling in the first place,” says Maupin, reflecting the anti-trans sentiment that has pervaded through politics and in the media in recent years. “So it’s high time we got around to taking up the fight for our trans brothers and sisters.”

Long-time readers and viewers of Tales of the City will know that Anna Madrigal, the charming landlady of 28 Barbary Lane, is a trans woman. In the series, however, she is played by cisgender actress Olympia Dukakis.

In present day a cis actor playing a trans role wouldn’t be considered acceptable, but Dukakis first took the role in 1993.

Dukakis probably wouldn’t be cast if Tales of the City was remade now, Maupin agrees, but at the time “we didn’t have the pool of actors [that we have now].” He points to a new trans character, Jake, as being an example of how Tales has progressed in 2019: “For Jake, the casting call was for a hispanic trans man, and I was like, ‘Oh, good luck with that,’ and a hundred people turned up.” The role is played by trans, non-binary actor Garcia.

Garcia as Jake in Tales of the City. (Alison Cohen Rosa/Netflix)

Anna Madrigal, too, will be played by a transgender actress for the first time. Nashville actress Jen Richards will play a younger version of Dukakis’s character in flashback scenes.

“I think it’s great we found Jen, because it even justifies that a cisgender woman played her originally—and so well, and created such a beloved character that we want to know what her past was like,” says Maupin.

“I have nothing but gratitude to Olympia for taking on that role 25 years ago and I think that trans people should feel the same way.”

Tales of the City streams globally on Netflix from June 7.