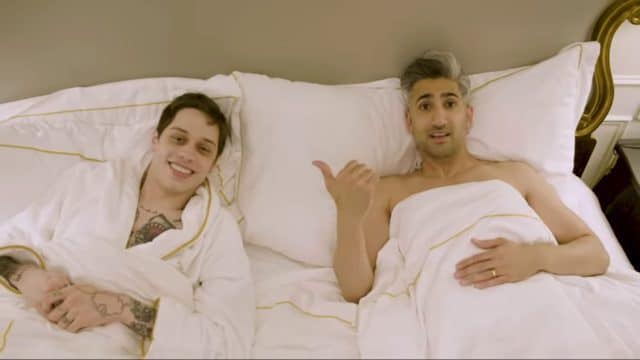 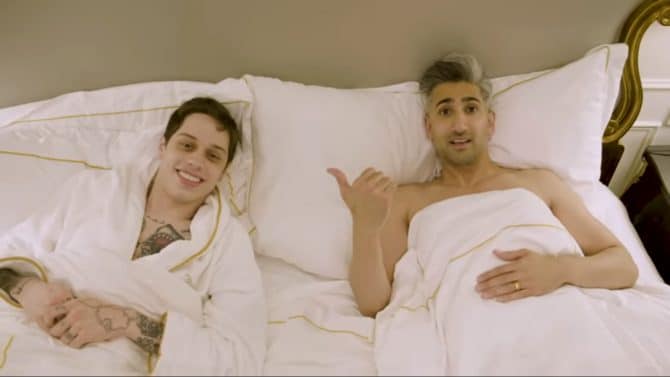 Queer Eye fashion maven Tan France has given a makeover to SNL star Pete Davidson, and the two got awfully personal about the latter’s endowments.

In addition to his work on the Netflix Queer Eye revival, France hosts his own makeover show via YouTube. A recent installment featured Davidson as his guest, in which France tried to overhaul the comic’s trademark New Jersey frump.

The episode opens with the two in bend, where France quips “I’m glad that we didn’t use protection.” He also pays homage to Davidson’s “B.D.E.”–that is, his big d*ck energy. Accordingly, France also dressed Davidson in a suit with grey sweatpants.

“No, it’s embarrassing,” Davidson confessed about his rumored…ahem…talent. “Well, I guess it’s better that it’s not the other way around. I mean, I’m complaining about awesome things.”