WASHINGTON (Reuters) – Battle tanks were seen on a train in Washington on Tuesday ahead of a controversial July Fourth celebration highlighting U.S. military might that Democrats say Republican President Donald Trump may turn into a re-election campaign rally.

Amid questions about the cost and tone of the event, White House officials said Trump will avoid politics and stick to patriotic themes in his speech in front of the Lincoln Memorial in Washington on Thursday.

Reuters photographed M1 Abrams tanks and other armored vehicles atop flat rail cars in Washington on Tuesday morning, a sign of the military firepower that will be featured, differing significantly from past annual celebrations of the 1776 Declaration of Independence.

For decades, U.S. presidents have kept a low profile during the event, which typically draws hundreds of thousands of people to Washington’s monument-lined National Mall for a nonpartisan concert and fireworks.

This year, Trump plans to speak at a military “Salute to America” that will feature military bands and flyovers from the U.S. Navy’s Blue Angels and Air Force One, the modified Boeing 747 that transports U.S. presidents.

The event could also feature M1 Abrams battle tanks, a B-2 bomber, F-35 and F-22 fighter jets, and the Marine One helicopter that transports the president, the Pentagon said. Air traffic at nearby Ronald Reagan National Airport will be suspended during the flyovers and the fireworks, according to the Federal Aviation Administration.

The antiwar group Code Pink said it had secured permits to bring a “Baby Trump” blimp, depicting the president in diapers, to a protest in the Mall during his speech. The permit does not allow the balloon to be filled with helium so it can float.

Democrats in Congress have questioned whether Trump will turn a nonpartisan patriotic celebration into a taxpayer-funded campaign rally.

“That’s absolutely ridiculous. This is all about a salute to America. The president is not going to get political,” White House spokesman Hogan Gidley said on Fox Business Network.

On June 18, Trump officially launched his 2020 campaign to seek a second four-year term. More than 20 Democrats are campaigning for their party’s nomination to run against Trump. 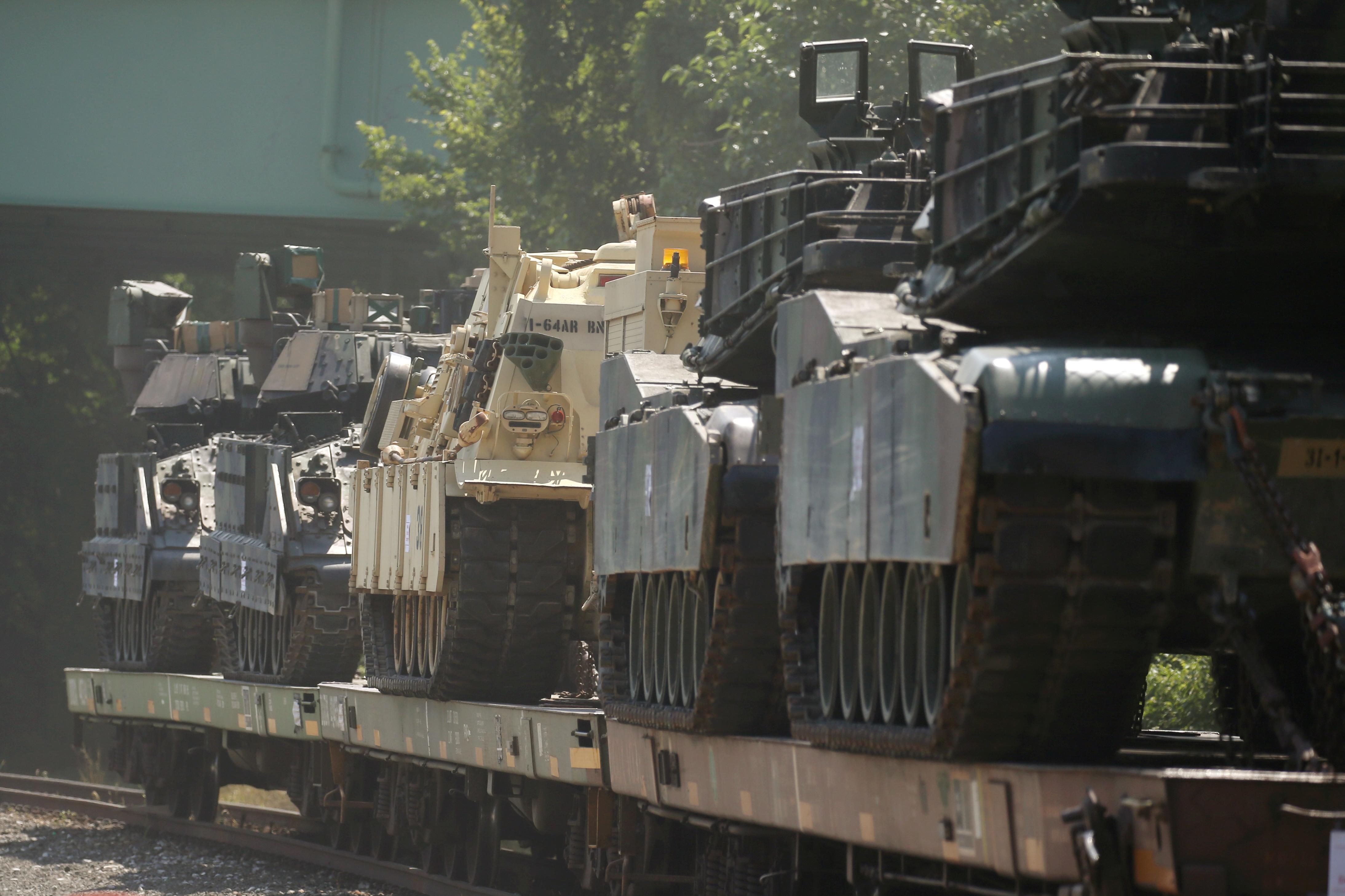 The administration has not said how much Trump’s pumped-up July Fourth celebration will cost. The Pentagon postponed a military parade planned for last November after it estimated it could cost $90 million.

“It is unacceptable that the Interior Department is failing to inform Congress about how it plans to spend taxpayer money to fund the president’s lavish July 4th plans, which reportedly include special access to the National Mall for the politically connected,” Democratic Senator Tom Udall said in a statement.