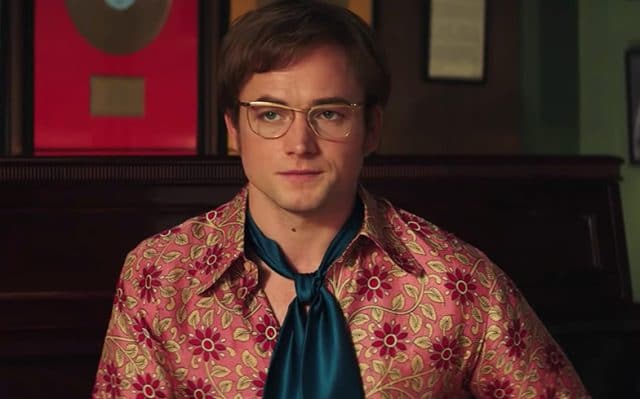 On Facebook, one Russian journalist confirmed that “all scenes with kissing, sex and oral sex between men have been cut out.”

Another added that scenes depicting drug use had been cut. In all, five minutes of the film had been cut, including a photograph of Sir Elton with his husband, David Furnish, shown in the credits.

Olga Lyubimova, the head of the Culture Ministry’s cinema department, told Tass that no specific restrictions were put on the film, but films had to abide by Russia’s laws on “paedophilia, ethnic and religious hatred and pornography.”

Writing on Instagram, Taron – who plays Sir Elton in the critically-acclaimed film – said: “I am crestfallen that the decision was made to censor our movie for the Russian market.

“I’m even more disappointed to hear about it second hand today on the day of our domestic release. I in no way condone this decision and feel disappointed I wasn’t made aware and given the chance to fight this move. Love is love. No compromises.”

Over the weekend, Sir Elton also criticised their decision. In a statement on social media, he said: “We reject in the strongest possible terms the decision to censor Rocketman for the Russian market, a move we were unaware of until today.

“Paramount Pictures have been brave and bold partners in allowing us to create a film which is a true representation of Elton’s extraordinary life, warts and all.