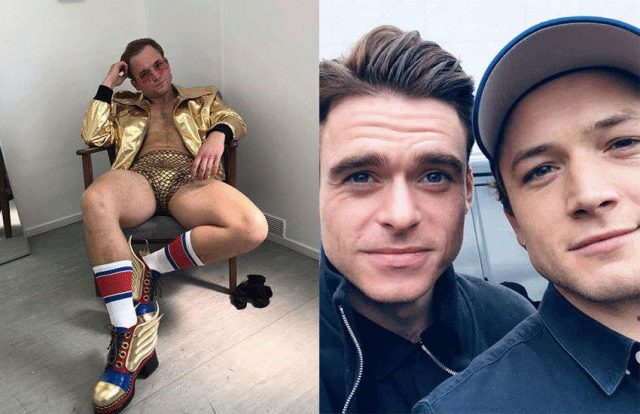 Speaking to GSN, Taron said of the historic gay sex scenes: ‘It fills me with an enormous amount of pride.’

‘So if that is true, which is what I’m led to believe, it’s a huge honour to be part of something with such zeitgeist. I’m thrilled to bits.’

The star furthermore said of gay men and LGBTI people’s opinion of the film, ‘the people who have seen it have been, so far, to what they’ve said to me, has been incredibly positive.’

He furthermore continued: ’I’ve said this before – for myself and Dexter [Fletcher, the director], just because we aren’t gay ourselves doesn’t mean this isn’t an important issue to us.’

Rocketman is directed by Dexter Fletcher, who took over directing duties on Bohemian Rhapsody from Bryan Singer last year.