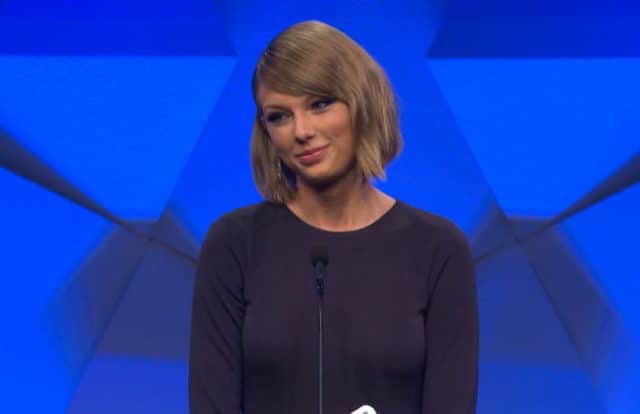 Pop icon Taylor Swift has called on the Republican senator for Tennessee to support the pro-LGBTI rights Equality Act.

The singer also launched to collect signatures in support of the bill.

The Equality Act passed through the House earlier last month. It will now move on to a vote in the Senate.

The bill is a wide-ranging bill designed at banning discrimination based on sexual orientation and gender identity.

It seeks to  and would add sexual orientation and gender identity to the list of protected traits. If passed, the Equality Act would prohibit discrimination in various areas, including employment, housing, public accommodation, and more on a national level.

Swift’s moves to raise awareness and support for the Equality Act coincide with Pride Month which will take place throughout June.

At the time of writing, Swift’s petition was approaching 100,000 backers.

Swift posted her open letter on her social media accounts.

In the letter, the singer said she hoped that Senator Alexander will ‘put aside partisan affiliations when it comes to basic human rights’.

‘Our country’s lack of protection for its own citizens ensures that LGBTQ people must live in fear that their lives could be turned upside down by an employer or landlord who is homophobic or transphobic,’ Swift wrote in the statement.

‘The fact that, legally, some people are completely at the mercy of the hatred and bigotry of others is disgusting and unacceptable. Let’s show our pride by demanding that, on a national level, our laws truly treat all of our citizens equally.’

Swift’s letter went on to discuss the potential business and economic effects that the state could suffer from if political figures did not support LGBTI rights legislation.

A number of businesses have signed an , which calls on Tennessee lawmakers to support LGBTI rights.

, which is currently planning to expand its presence in the business-friendly state.

Swift also hit out at . LGBTI rights groups expressed ‘disgust’ at the president’s opposition to the bill.

‘I personally reject the President’s stance that his administration ‘supports equal treatment of all’ but that the Equality Act ‘in its current form is filled with poison pills that threaten to undermine parental and conscience rights,’’ the letter reads.

‘One cannot take the position that one supports a community while condemning it in the next breath as going against ‘conscience’ or ‘parental rights.’

‘That statement implies that there is something wrong with being anything other than heterosexual and cisgender, which is an incredibly harmful message to send to a nation full of healthy and loving families with same-sex, non binary or transgender parents, sons or daughters,’ Swift’s statement adds.

Trump has hit out against Swift for her political views in the past.

The president panned the singer in October 2018 after she endorsed Democratic candidate Phil Bredesen for the Tennessee Senate over Republican Marsha Blackburn.