Home Gay Life Teenager in homophobic attack: ‘I got attacked because I’m gay’ 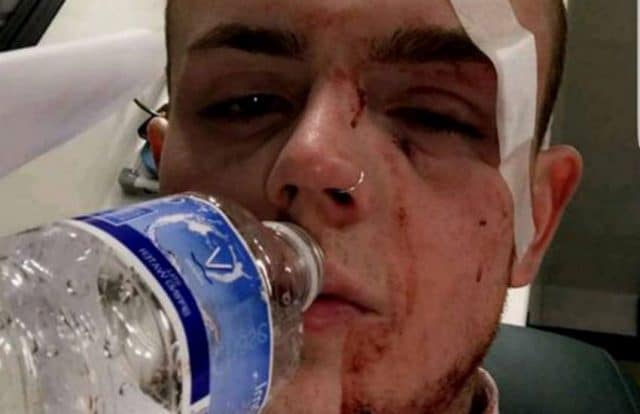 Thugs verbally abused and punched a teenager in a park in the early hours of Sunday (7 May) morning.

In what police have called a ‘homophobic hate crime’, the boy was walking past a supermarket when the unprovoked incident occurred in Bristol, England.

Around 4am, he was verbally abused and punched in the face, according to the Bristol Post.

The teenager was taken to Bristol Royal Infirmary and treated for facial injuries.

A spokesperson for Avon and Somerset Police said: ‘We’re treating this as a hate crime because of the words used by the offenders before the attack was carried out.’

Police are reviewing CCTV footage to piece together the events of the night.

@KerryMP @newssnp @robmcd85 @joshxsafee @karinsmyth @AandSPCC I hope everyone involved is getting better and salute the bravery of the friend. The Bristol hate crime org Sari can also help with support

Police call for any information from the public

Investigating officer PC Leanne Weeks said: ‘This was an extremely unpleasant and unprovoked assault on a man who was targeted because of his sexuality.

‘It’s hard to understand how and why someone would do this and we’d urge people to come forward and help us if they can.

‘We’re reviewing CCTV from around the area and will be making further enquiries with venues in the area to try and identify these two men.

‘If you were out last Saturday night, or early hours of Sunday morning and recognise the description of these men… please come forward.’

Kerry McCarthy, local Bristol MP said: ‘I’m very sorry to hear that and hope he is now ok. Bristol is usually a welcoming city for everyone.’