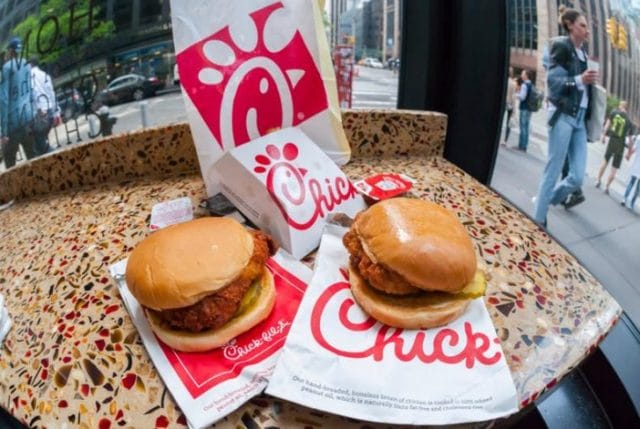 A state attorney general is suing a city for refusing to give Chick-fil-A a contract to operate at their local airport.

Texas Attorney General Ken Paxton filed a lawsuit in state court against the city of San Antonio, alleging the city’s choice to refuse to give Chick-fil-A a contract at its airport violates Chick-fil-A’s religious freedom.

This past March, the San Antonio City Council voted to allow several restaurants to open locations at their airport, but stipulated that Chick-fil-A could not be one of those restaurants.

“With this decision, the City Council reaffirmed the work our city has done to become a champion of equality and inclusion,” said City Council member Roberto Treviño. “San Antonio is a city full of compassion, and we do not have room in our public facilities for a business with a legacy of anti-LGBTQ behavior.”

Paxton, though, said that penalizing businesses for anti-LGBTQ donations is an attack on Christianity.

Chick-fil-A’s leadership is “well-known for their personal belief in the Christian faith and traditional understanding of marriage,” Paxton said in a statement.

“The city’s extreme position only highlights its fear about allowing any sunshine on the religious bigotry that animated its decision.”

San Antonio City Attorney Andy Segovia said that he does not believe that Paxton is capable of conducting an investigation in an unbiased manner.

“It is clear from the strident comments in his press release that any ‘investigation’ would be a pretense to justify his own conclusions,” he said.

Paxton has already asked the court to force the city to release documents pertaining to their decision, which the city said it won’t do because state law allows it to withhold documents that could be used in future litigation.

Last month, the state legislature passed a so-called “Save Chick-fil-A” bill that bans government entities in the state from taking “adverse actions” against businesses or individuals that interfere with their “religious beliefs” or “moral convictions.”

As part of the negotiation to get the bill passed, the bill’s sponsor removed a section that would have allowed the state attorney general to sue local governments it believes are infringing on businesses’ religious freedom.

The Federal Aviation Administration also opened an investigation into the city’s decision to refuse a contract with Chick-fil-A last week, saying that the city may have made a decision “against a private company due to the expression of the owner’s religious beliefs.”