Home Gay Life Texas is about to get a ‘Save Chick-fil-A’ law that legalizes anti-LGBTQ... 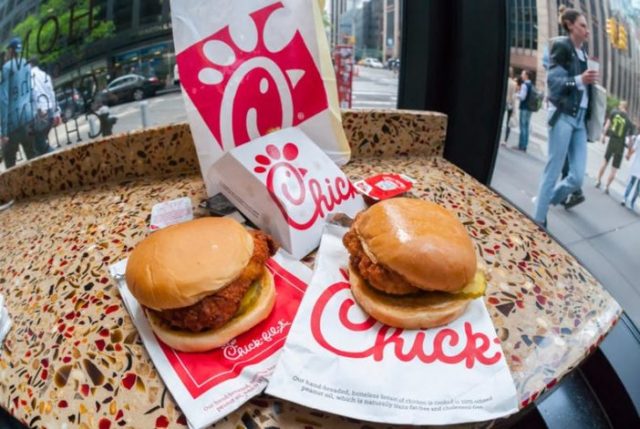 The Texas House has passed an extreme religious liberty bill this week that could legalize discrimination against LGBTQ people.

What’s been called the “Save Chick-fil-A” bill passed the state house on a nearly party-line vote, 79 to 62. Only one Republican voted against it.

“This bill is going to pass; let’s face it,” said Texas Representative Celia Israel (D), moments before voting began. “It’s been cloaked in religious freedom, but the genesis, the nexus of this bill, is in hatred.”

The bill was nixed in the Texas House two weeks ago, but the Texas Senate took it up last week and passed it without prior notification.

Using special rules to get the bill through quickly, the state senate held a hearing that wasn’t announced in advance in a room that local journalists said was “nearly empty.”

The Texas legislature is in session until the end of this week, so the state house had to rush to pass it.

If signed by the governor into law, the bill would ban any state or local government entity from taking “adverse actions” against businesses or individuals that interfere with their “religious beliefs” or “moral convictions.”

During the debate, house sponsor Matt Krause (R) removed a provision that would have allowed the Texas attorney general to sue government entities it believes are infringing on religious rights, saying that it was a “major sticking point.”

Supporters of the bill cited the city of San Antonio as an example of why the bill is needed. Last month, the San Antonio City Council refused to give Chick-fil-A a contract to operate at its local airport because of its donations to anti-LGBTQ causes.

Opponents of the bill pointed out that the First Amendment already protects the rights laid out in the First Amendment, so the bill would do nothing to protect those rights. Instead, they argued, it would nullify the meager protections LGBTQ people have worked for in Texas.

“Members, this bill is here, being debated on the floor today, to make LGBTQ Texans feel less than, to make us feel attacked by our government,” said Texas Representative Erin Zwiener (D).

“We are living in history, members. Attitudes toward the LGBTQ community have changed rapidly over the past few decades. Young Texans in particular are overwhelmingly accepting of people of all sexual orientations and gender identities.”

“You don’t need this vote,” she said.

Krause, the bill’s sponsor, said that he was surprised by the opposition to the bill.

The state of Texas does not ban discrimination on the basis of sexual orientation or gender identity. Some cities, counties, universities, and school districts have anti-discrimination policies that include LGBTQ people, either for the people they employ, contractors, or for private businesses in their jurisdictions.

The bill could force those government entities to create religious exemptions to their laws.