Home Gay Life The 5 dumbest ideas from “The Atlantic” essay “The Struggle for Gay... 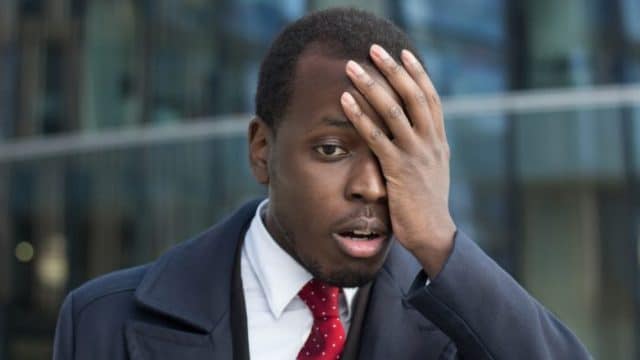 The Atlantic just published an article entitled “The Struggle for Gay Rights Is Over” in which James Kirchick, a gay journalist and visiting fellow at the Brookings Institute, provides a historical overview of the gay rights movement while making lazy, over-broad and untrue generalizations about what the gay community’s socio-politcal aims should be.

Before we delve into the dumbest of his ideas, here’s his disclaimer about the title of his article, lest you think him completely bonkers:

“The end of gay rights does not mean the end of homophobia. As long as gay kids commit suicide at rates higher than their straight peers, as long as even one gay person is denied a job because of his sexual orientation, there will be a need for activism, education, and other efforts toward positive social change. But for the gay movement to persist in its current mode risks prolonging a culture war that no longer needs to be fought because one side—the gay side—has already prevailed….

From a legal standpoint, the movement has achieved nearly everything it needs for gay people to prosper as equal citizens. Instead of fighting this pointless war over wedding cakes, it should declare unilateral victory.”

Much like Bush’s “Mission Accomplished” banner displayed near the start of the years-long Iraq invasion quagmire and Trump declaring victory over ISIS despite the fact that the group remains active, one can declare unilateral victory over a non-specified enemy, but mere declaration doesn’t make it so.

Foremost, Kirchick seems to think that we’ve achieved total equality and liberation because many gays have largely gained access to relative security, marriage, money and the military — as if this is what matters most.

This largely ignores the other social factors working against us and would be somewhat like declaring that blacks achieved racial equality somewhere around the ’60s even though the rampant abuses of racism continue today.

Here are five other quotes from Kirchick’s article that shows that he really doesn’t get it.

“Yet while Donald Trump built his campaign upon resentment of various minority groups, gay people were conspicuously not among them.”

The fact that Kirchick’s article hardly mentions adoption (except to defend one non-federally funded Catholic agency) shows the myopic neglect in his larger argument.

“Moreover, the majority of gay people live in the 22 states where nondiscrimination statutes are already on the books. A federal law will do nothing more to protect them. When I asked the Human Rights Campaign, the country’s leading gay-rights group, for statistics on the number of LGBTQ people annually denied employment, housing, or service at a hotel or restaurant due to their sexuality or gender identity, the group was unable to provide me with any. Most social movements are able to identify the extent of the problems they seek to address.”

While it would be helpful if the HRC could rattle off exact statistics about anti-LGBTQ discrimination, that’s pretty difficult seeing as instances remain largely under-reported.

It’s difficult to prove when maltreatment is caused by queer identity because many anti-LGBTQ bigots caught discriminating will quickly say they have no issues with queer people whatsoever and even hate crimes charges are harder to prove unless the person says something explicitly anti-gay while committing their crimes.

Queer people are also sometimes afraid to report discrimination incidents to police, human resources or civil rights groups for fear of enduring a long, drawn-out costly battle that might subject them to further mistreatment or might not be taken seriously to begin with.

It’s not surprising that Kirchick thinks that anti-LGBTQ discrimination is on the decline: A majority of Americans think the same thing, even though LGBTQ people say it isn’t so.

#3. LGBTQ folks should be okay with religious businesses refusing to serve them.

“The [U.S. Supreme Court] assailed Colorado bureaucrats for running roughshod over the First Amendment rights of the [Masterpiece Cakeshop] baker, whose religious convictions forbade him not from serving gay people — he offered to make the couple all the baked goods they could ever wish to consume — but from expressing approval for something he considers sinful.

We gay people are expected to be grievously offended by the behavior of Jack Phillips, the owner of Masterpiece Cakeshop. But many, if not most, of the gay people I know can live with the fact that a baker in Colorado does not approve of our relationships. America is a land of some 330 million people, and I do not require every small-business owner across the country to reject 2,000 years of religious teaching in order to pursue my happiness.”

Kirchick overlooks a basic fact here and creates a hole in his reasoning wide enough to march a Pride parade through.

Namely, Jack Phillips, the owner of the Masterpiece Cakeshop, refused to sell an engaged gay couple a wedding cake before any discussion on the artistry of the cake could be discussed. That is, the gay couple merely asked him for a wedding cake — something once sold to straight couples — and he refused. To Kirchick this is okay.

And even though he says “many, if not most, of the gay people I know can live with the fact that a baker in Colorado does not approve of our relationships,” this isn’t about one baker. This is about granting Americans the right to refuse service to anyone based on their religious beliefs.

Allowing a single baker to discriminate against gay people in Denver may not seem like a big deal, but when that person is a pharmacist, a teacher, a police man or a hotel clerk and they’re the only one in a small town or in an emergency, it is a big deal — and one that all Americans should stand against.

“Even if the connection to the transgender cause makes a certain sort of sense, left-wing activists are also exploiting the gay-rights movement to push agendas utterly extraneous to gay equality. (He cites pro-Palestinian movement and the interrupting of Pride parades by Black Lives Matters Activists as proof).

Starved of real enemies, many in the gay community are turning on their own. Among many queer types, the three words gay white men have become a euphemism for all that’s wrong with the world. Them, the LGBTQ web channel launched two years ago by Condé Nast, is a stew of resentments against this entire demographic group.”

Kirchick’s statement here seems particularly short sighted seeing as he himself says that the earliest gay protests after Stonewall included a variety of radical political positions.

Early gay liberation marches included groups against war, racism, misogyny, poverty, religious bigotry and other social ills. But he seems to think that these are suddenly “extraneous” issues, as if black people were neither gay nor subject to the widespread institutional brutality by police, the judicial system and detainment facilities that continues to disproportionately affect LGBTQ people — all things that Black Lives Matter opposes.

As for “turning on their own,” gay cis white men have long sat in the driver’s seat of the gay rights movement. To critique their behavior now isn’t “turning on our own,” it’s merely critiquing power and waking us up to other possibilities.

“California now bans taxpayer-funded travel to any state that “authorizes discrimination based on sexual orientation, gender identity, and gender expression,” a list that includes Alabama, Kansas, Kentucky, North Carolina, and Texas. Who does that help? Not gay people in red states. But it does boost those political forces bent on convincing Americans that the gay-rights movement will only be satisfied once every individual citizen agrees with its precepts (a tough proposition in a religious country), and that gays will use strong-arm tactics to achieve this goal.”

One wonders whether Kirchick would write the same thing about state governments  not wanting to fund travel to segregationist states during the pre-civil rights movement, or to modern-day states that outlawing abortion.

Near the end of his piece, Kirchick writes:

“The smallness of the American debate over these issues does not really strike you until you’ve spent time overseas in places where it is truly dangerous to be gay. Across wide swaths of the planet, homosexuality itself — or even the advocacy of equal rights — is criminalized, and societal acceptance lags far behind that found in the liberal democratic West. The money and resources poured into suing bakers and florists would be far better spent on these genuine fights for human liberty.”

Kirchick acts as if American LGBTQ people don’t spend time discussing, donating and trying to dismantle anti-LGBTQ bias abroad. And his insinuation that we should focus abroad while ignoring instance of anti-LGBTQ bias at home acts as if we can’t walk and chew gum at the same time.