Home Gay Life The Catholic Church forced a public school to paint over a student’s... 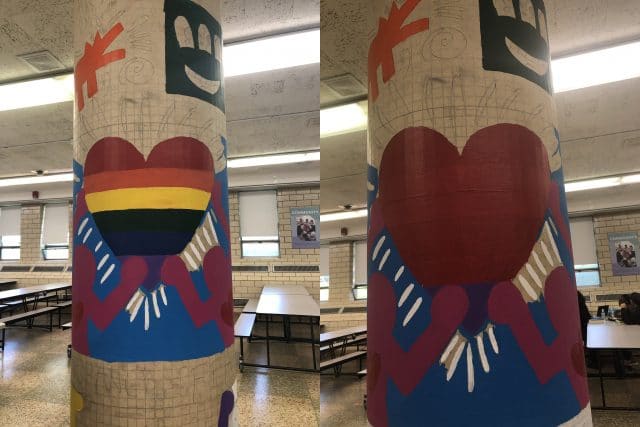 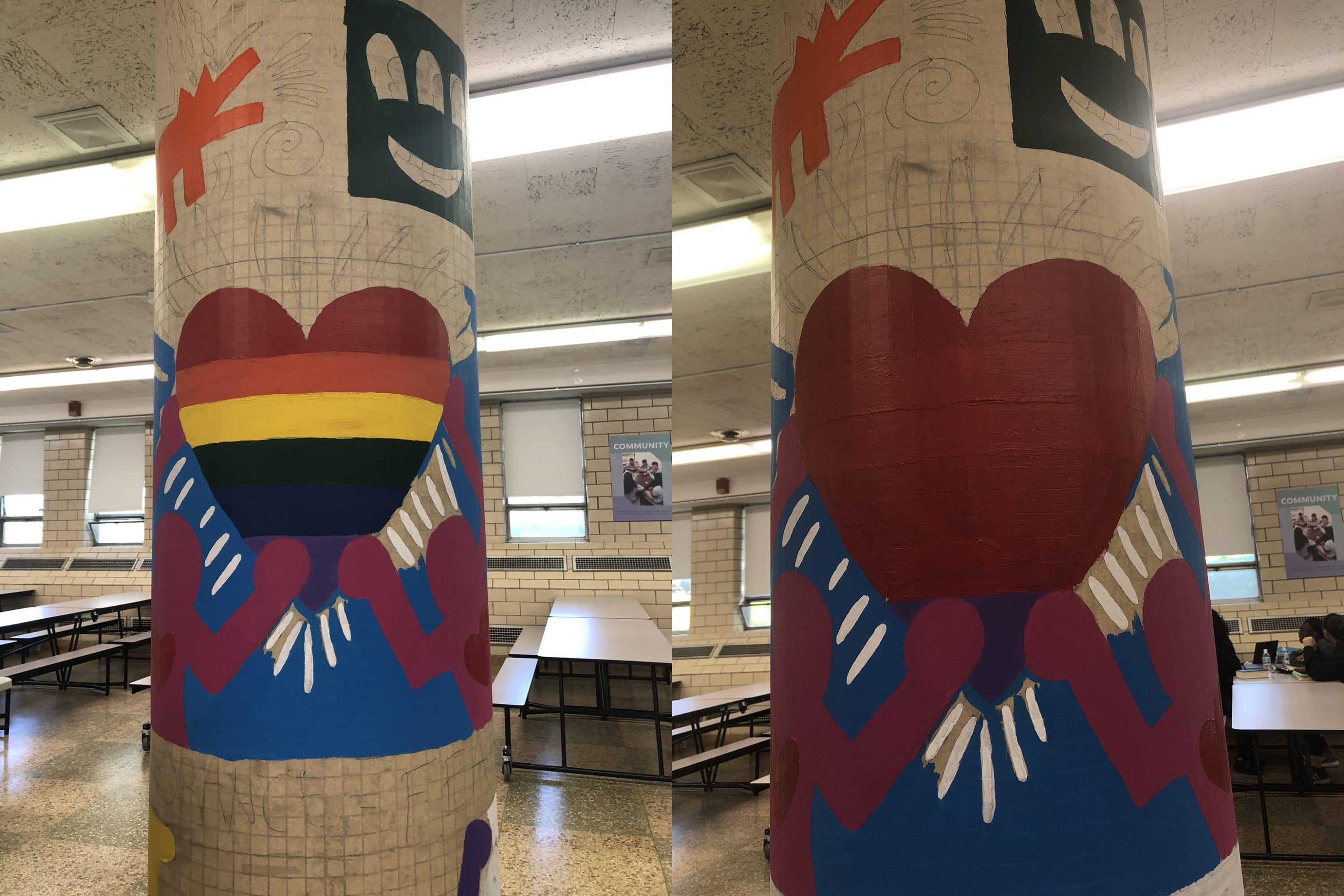 The rainbow heart mural at the Bergen Arts and Science Charter School, before and after the Catholic Church complained about it. (image via Garden State Equality

The Bergen Arts and Science Charter School is a taxpayer-funded public charter school in New Jersey run by a private non-profit organization. But their landlord is the Catholic Church, and because of this, the school was forced to paint over a 16-year-old student’s LGBTQ-supportive mural after parishioners complained about it being “offensive” and “obscene,” according to The New Civil Rights Movement (NCRM).

The mural reportedly showed two interlocking male symbols and a rainbow heart underneath two cartoonish human figures painted in the style of gay artist Keith Haring. The rainbow heart has since been painted over in red to resemble a generic heart.

“There are other portions that were also destroyed,” NCRM wrote.

In a statement, the Archdiocese of Newark said it’s investigating the incident and added that the school building is also used by Church parishioners. The Church claims it didn’t ask the school to remove or paint over any part of the mural.

If it’s confusing why a public school would use a Church building, NorthJersey.com explains:

In its statement, the Archdiocese said, “The mural violated that understanding in its permanent nature – directly painted on the surface – and in some of the content.”

So while the Archdiocese might not have told the school to paint over the heart, it apparently did tell the school that “some symbols of sexuality that were inappropriate for the building” and violated the lease agreement, which is really just a thinly veiled threat since a landlord is free to revoke a lease if its agreements aren’t met.

In a statement, Christian Fuscarino, Executive Director of Garden State Equality, wrote, “It is offensive, unconscionable, and flatly unconstitutional for this church acting as a for-profit landlord to restrict a public school’s curriculum or censor student speech within those walls. This type of hate-fueled bigotry is precisely why New Jersey needs LGBTQ-inclusive curriculum to promote acceptance and understanding.”