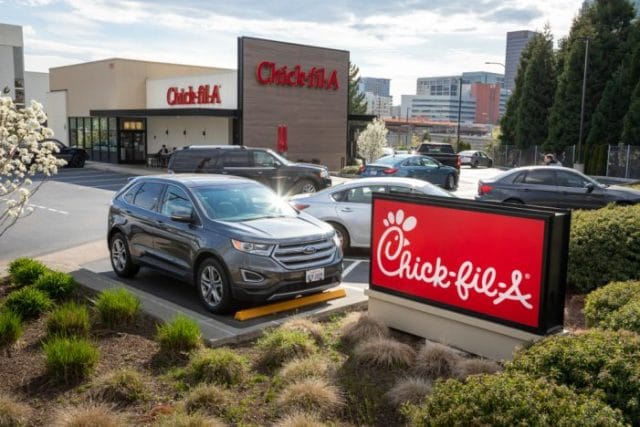 The Federal Aviation Administration (FAA) just began an investigation into the San Antonio city council’s vote against allowing Chick-fil-A to open a franchise in the local airport due to the Christian-owned company’s repeated million dollar donations to anti-LGBTQ groups.

“City Council members who voted March 21 to strike Chick-fil-A from a list of airport vendors said they were acting to protect San Antonio’s reputation for inclusion and equality,” reports the San Antonio Express-News.

However, in a statement, the FAA wrote, “The FAA notes that federal requirements prohibit airport operators from excluding persons on the basis of religious creed from participating in airport activities that receive or benefit from FAA grant funding.”

“The San Antonio International Airport receives millions of dollars in grants from the federal government,” the San Antonio Express-News writes. “Future funds could be threatened if the probe finds that the City Council discriminated against Chick-fil-A’s owners based on religion.”

State legislators then took action to stop San Antonio and other municipalities from blocking other anti-gay businesses in the future.  Texas House passed HB 3172, a bill known as the s0-called “Save Chick-fil-A” bill forbidding any level of government from taking actions against any group based on religious or political beliefs.

This week, HB 3172 passed both the Texas House and Senate. It now awaits the signature of Republican state Governor Greg Abbott; he’ll almost certainly sign it into law.

LGBTQ-rights groups worry the bill is basically of a back-door “religious freedom rights amendment” law legalizing anti-LGBTQ discrimination by people and businesses. They also worry the bill could cost the state billions in lost revenue if national businesses boycott the state, as promised, for passing discriminatory legislation.