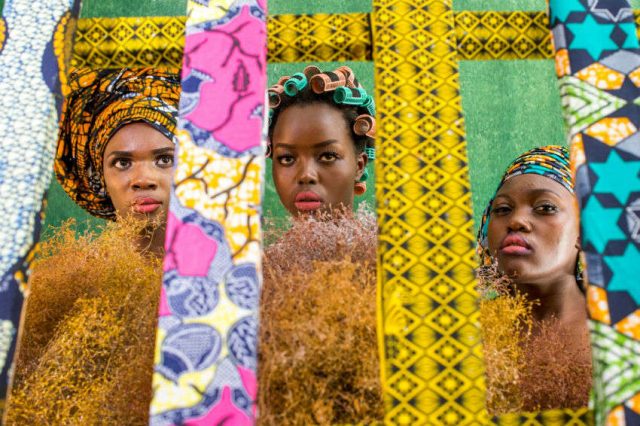 It’s no secret that queer people have always been attracted to creative industries like fashion.

And, across the world over, people have searched for the most beautiful clothes to wear. Many LGBTI people design those clothes.

Lubega Adrac Musa, the 26-year-old executive director of Lunko Haute Couture, is one of them.

He is also a refugee, a man who fled his country for Kenya because his love for another man was deemed demonic.

But out of his Christian faith, and his love for fellow LGBTI people, his design company is also now a sanctuary for refugees.

Lunko Haute Couture is now a home for refugee artists. LGBTI people with a love of fashion can now pursue their dreams thanks to the company. 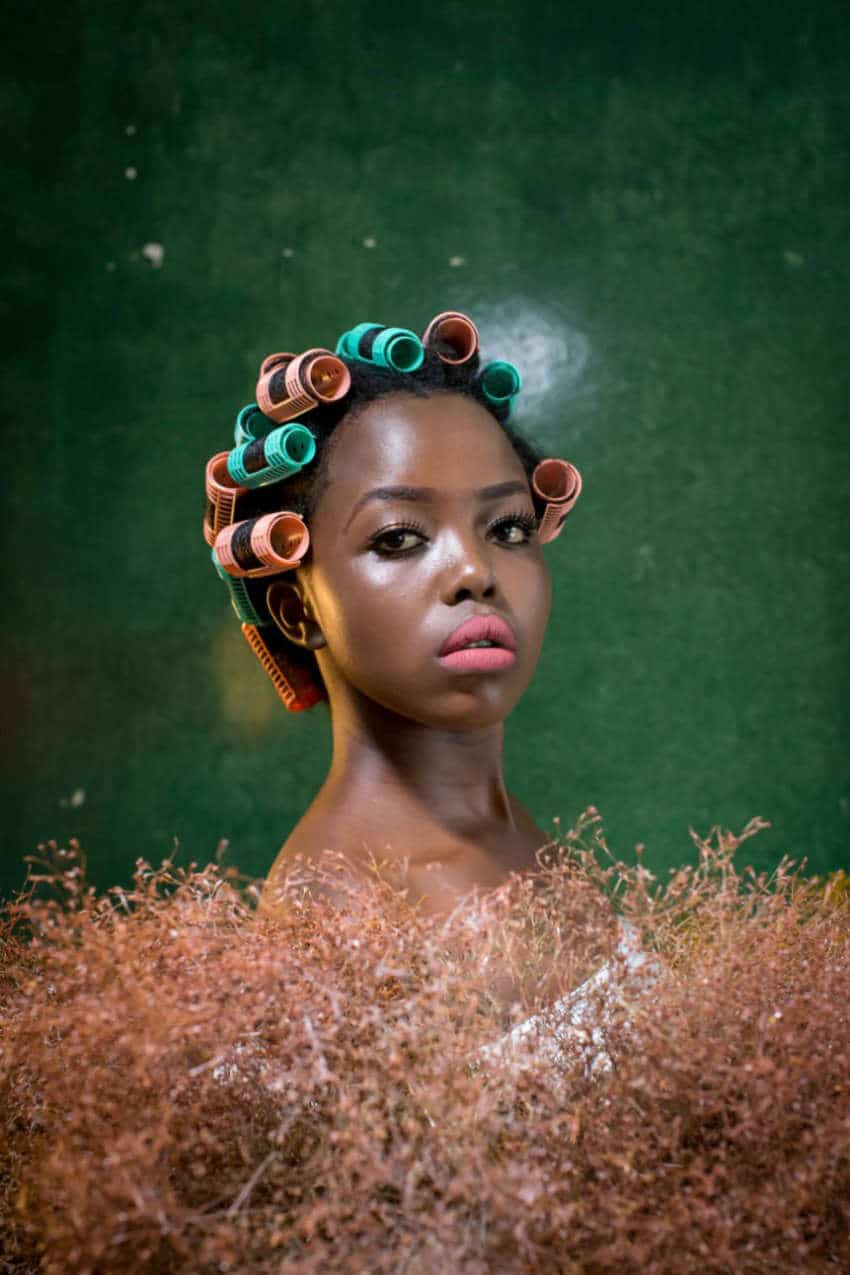 Lubega was born in Uganda. At 22, his parents discovered his sexuality.

Instead of accepting him, or loving him unconditionally, his parents phoned the police.

‘I heard a rumor they were looking for me,’ he tells Gay Star News.

They wanted to forcibly marry me to a woman. They were going to imprison me in a room until I impregnated a woman.’

‘Thankfully, we were able to escape through the gates. When I saw them I knew what was going to happen next. I had to escape.’

He fled to neighboring Kenya. While homosexuality is also still criminalized there, the bigger cities have a larger community of LGBTI people. 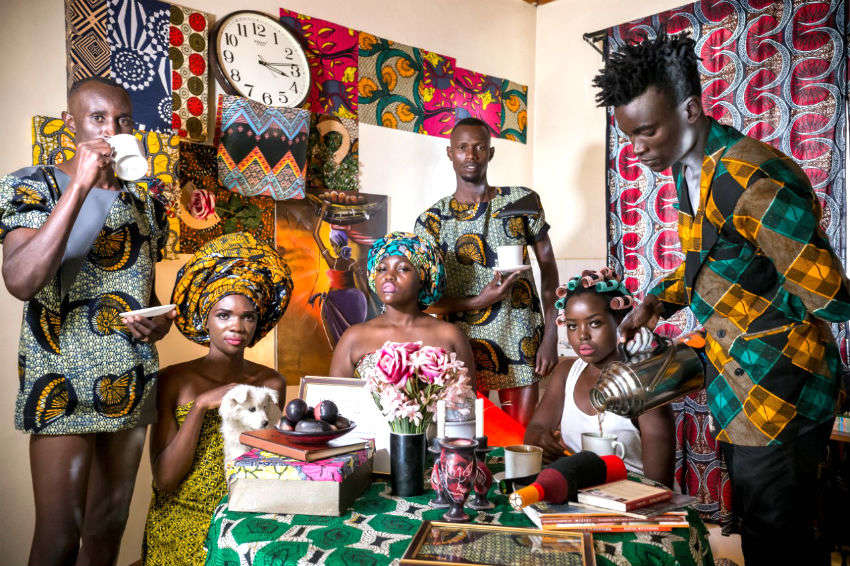 Lubega previously had helped to organize fashion shows. And as he had a love for fashion, he wanted to take it further.

His boyfriend bought him a sewing machine and he taught himself to make clothes. On 7 December 2014, his company was born. 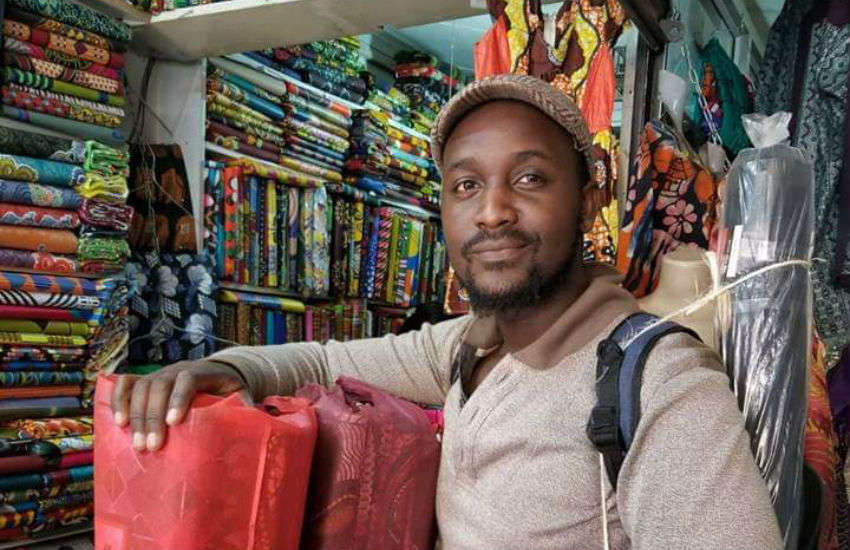 Fast forward five years later, and Lunko Haute Couture is thriving. His clothes have a ‘modern Afro-urban style’.  A documentary, about a recent fashion shoot, is also set to be released.

Lubega’s desire to combine the fashion with charity was boosted through receiving a micro-business grant from HIAS.

In addition to designing fashion and accessories, the company teaches skills like tailoring, modeling, photography, and beadwork – among others.

‘It is important for the community to be independent,’ Lubega said.

‘Right now if one has a skill, their way of earning is more easy than someone is dependent on handouts or prostitution or begging. 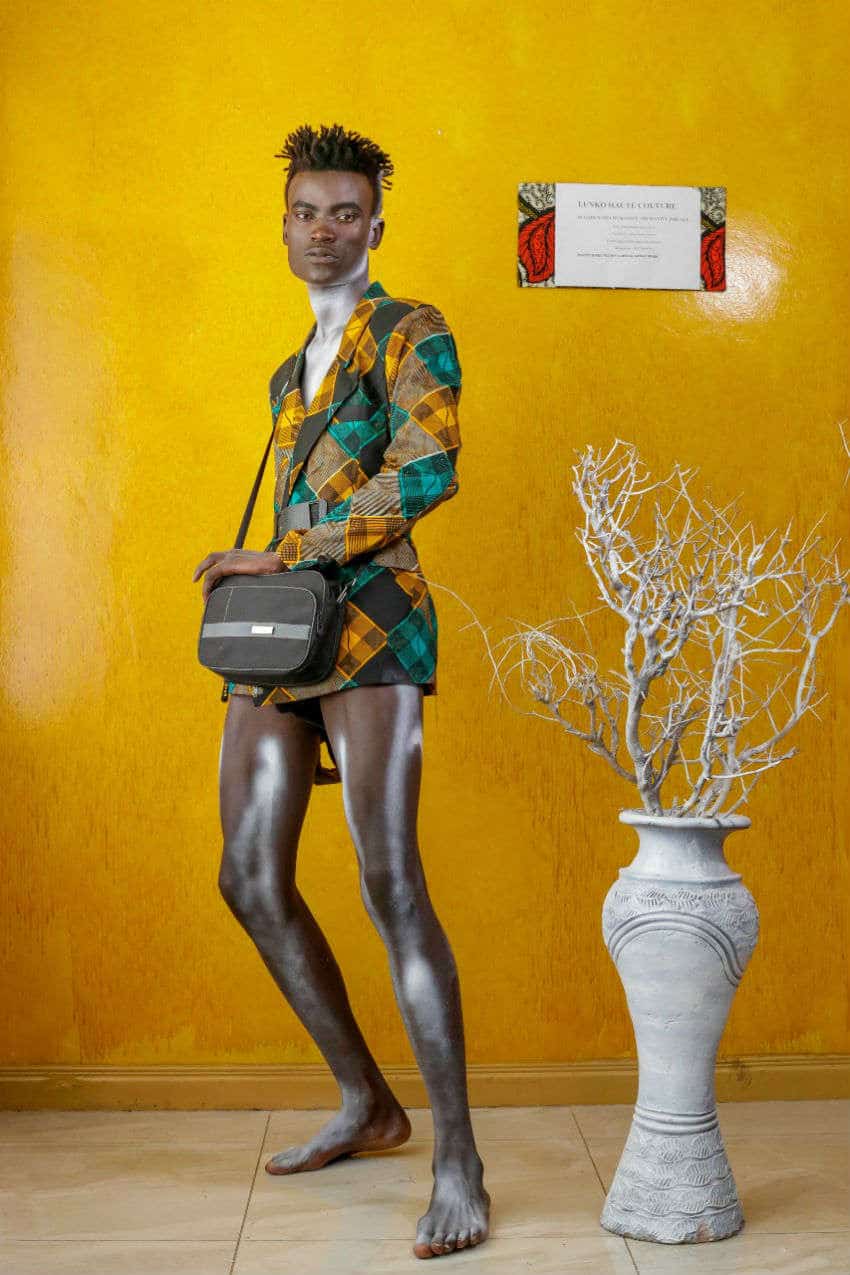 ‘Life becomes a bit easier for those who have a skill.

‘I’ve been able to survive in Kenya because of it. People want to work with me because of my skills. If others are empowered, then people can have easier lives.

‘The LGBTI needs power. If the LGBTI community was rich, we’d have power in so many aspects in life. We wouldn’t be touchable.’

Kenya is about to decide on decriminalization of homosexuality. If it does rule in the LGBTI community’s favor, it’s a step. But there are a lot more steps to acceptance.

‘We are not protected at all,’ Lubega said. ‘We are not safe even if the decriminalization ruling goes out way.

‘We’re evicted from houses. If they know you are a part of the rainbow community, you’re evicted.

‘You cannot work anywhere and be open with who you are.

‘That’s why I need to see the community, which has such a passion for art, be empowered.’

Lunko Haute Couture provides safe houses when they can, but Lubega also has long-term goals.

He wishes to raise money for a functional arts community center for every LGBTI Kenya. Anyone with advice or funding is welcome to get in touch.

Lubega said: ‘This is a daily issue. Freedom cannot be denied. We need protection, food, shelter, safe houses each and every day.’