The Department for Veterans Affairs cared for transgender veterans and opened the clinic for them, that became the first one for the US.

Hormone therapy and specialized mental health care will be provided in this clinic for transgender ex-service members. But in accordance with the law, Pentagon bans transgender people to openly serve in the armed forces. But the attempts to call for an end to this ban were made by the vice-president Joe Biden who claimed that “All Americans that are qualified to serve, should be able to serve.”

Palm Centre, an independent research institute, gave a report where it is said that the general amount of actively serving transgender armed forces personnel reached 15,500 and there are about 134,000 transgender veterans in the US.

Dr. Megan McNamara is the head of the new clinic, which is located in the Louis Stokes Veterans Affairs Medical Center that is in Cleveland.

Dr. McNamara told that the clinic for transgender veterans was a desperate need.

“I feel there are a lot of transgender patients in the veteran population who haven’t been able to find the care they need,” she said in the interview.

“I really want to be able to provide comprehensive, one-stop care for those patients in a welcoming environment . . . a place where they’re comfortable and accepted.”

Danielle Keller is a transgender veteran, who became one of the 20 patients at this clinic, said: “Oftentimes if I’d go in the private sector, I’d run into problems with doctors who are not informed how to treat [transgender patients].”

“Knowing that we can come to a place that is familiar with our issues helps a lot.”

The full speech of Dr. McNamara concerning the clinic for transgender veterans opening is available below: 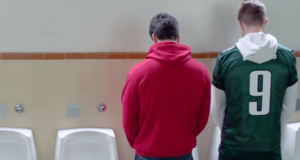 Is Gay Cruising the Next New Trend in Advertising?

Nick Gayer
0
Car accidents happen, whether it be a little fender bender or something more serious, auto insurance can be a lifesaver in such situations. It’s... 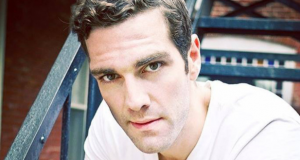 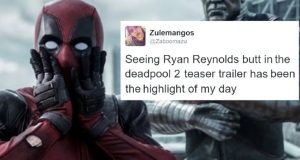 Ryan Reynolds Shows Off His Naked Superhero Butt In Deadpool 2...

Nick Gayer
0
Our favorite anti-hero is back, and he’s naked! On Saturday, Ryan Reynolds released a teaser trailer for the upcoming “Deadpool 2” movie on YouTube. In the...