Home Gay Life The first ever UK Pride is coming in 2017! 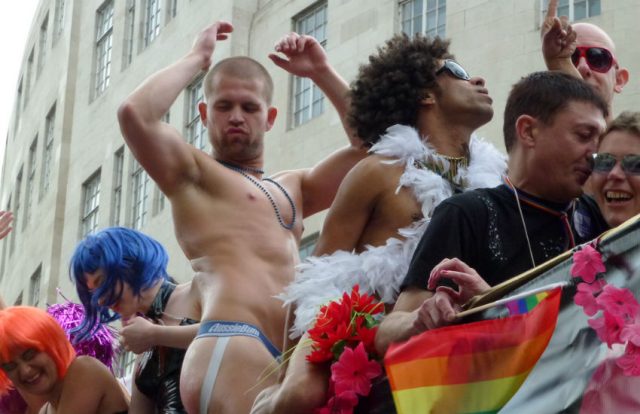 The theme is LGBTI 50, celebrating 50 years since homosexuality was decriminalized in the United Kingdom

For the first time ever, there will be a UK Pride in 2017.
Hoping to bring together the 90+ prides across the UK, the inaugural UK Pride will commence 50 years after the decriminalization of homosexuality in 1967.

Gay Star News spoke to Andy Train and Steve Taylor, co-chairs of the UK Pride Organizers Network, to find out everything you need to know.

How did the idea of UK Pride come about?

Steve: I loved the idea, especially as the UK has more Prides than any other country in Europe. So we’re going to use the EuroPride model and use UK Pride to raise awareness of the 90-odd Pride events in this country.

Why did you choose Hull?

Andy: A bit of a no brainer really as Hull is the UK City of Culture 2017. The LGBTI community is an integral part of our cultural life and the Hull 2017 team have Pride in Hull as a major part of their Freedom season for 2017.

What qualifications does a pride need to have to be considered for hosting UK Pride?

Andy: The willingness and ability to carry a national theme. We don’t want to exclude any pride but being a UK City of Culture does give it an opportunity and a chance to highlight LGBTI life and the support available to all who struggle or feel isolated.

Steve: We’ll be working with all Prides during 2017 to set the criteria and application process for future years. We hope to select 2018’s UK Pride at our conference in October in Blackpool.
What is the expected effect of the event to the local community?

Andy: There is no doubt pride events have a positive impact on the lives of its local community, so UK Pride gives a turbo boost to this and attracts even more people to the event. Organizations that tend to stick to the bigger prides may even decide to do something different too! Enjoy and support your local pride event but pick another one, perhaps regionally.

What will make this pride different from the 90+ other prides that already exist in the UK?

Andy: Each pride is unique simply by the location it is based in. The tremendous lift of Hull 2017, the infrastructure and support builds on the success Pride in Hull has recently enjoyed. It’s a national event and we welcome you to Hull as its host. UK Pride will have a week long selection of cultural celebrations, all centred around the theme LGBT 50. How will you ensure UK Pride is inclusive for everyone? i.e. people with disabilities, PoC, trans etc

Andy: As part of the Hull 2017 programme, we are working with producers and a team that will ensure it’s a very accessible event. We are in the process of consulting with organizations that help with accessibility. We are currently talking about safe spaces and different forms of entertainment and elements that are not just based around a main stage. This is reflected in its relocation which was the original site of Hull Pride in 2002.

Steve: There will be almost 100 Pride events taking place in 2017. A key role for the Network is to raise awareness of the smaller Prides so that people don’t just think of London, Manchester, Birmingham and Brighton. Like EuroPride, which goes to a different European city each year, and WorldPride which takes place every couple of years, UK Pride will enable us to showcase the impact of Prides throughout the UK, and encourage even more Pride tourism. I’m visiting 18 Prides around the UK and Europe this year, and we’d urge all your readers to make it a new year’s resolution to visit just one more Pride than they did last year.

Where can we find out more information?