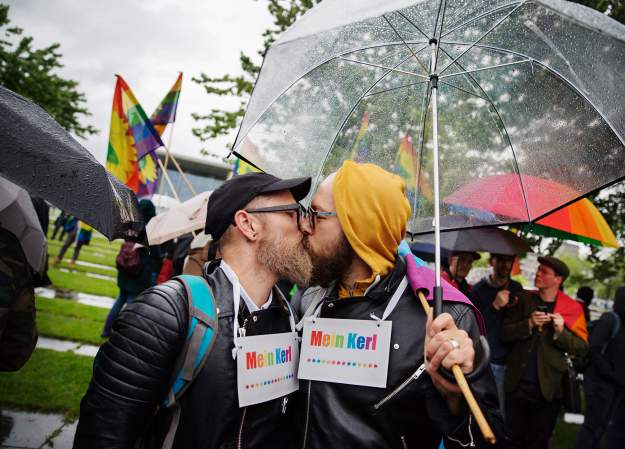 The first gay couples in Germany will begin marrying this weekend, reports say.

Back on June 30th, lawmakers voted on whether the country should legalize marriage equality and same-sex couples were happy to see the vote pass in favor of it.

The law now reads “marriage binds two people of different sexes or the same sex for life,” and that change allowed an estimated 94,000 couples the right to marry each other.

As you can imagine, several of those couples have been waiting for some time now and are ready to join the marriage bandwagon any moment. But of course, these things take time and it has taken till this Sunday for the first few couples to finally be able to do it.

Couples will either be converting their civil partnerships or outright getting legally bonded for the first time come this Sunday in many places like Berlin, Hanover, and other cities.

But, the right to get married isn’t just about getting a wedding of course. It’s about the marital rights that come with it.

Now, these same-sex couples are being given the same rights that straight couples get concerning tax advantages, adoption rights, and much more.

But, of course, this is a government after all, so things will take some time to go fully through. Government software has still not officially been updated to acknowledge same-sex couples so online paperwork will continue to say “husband” and “wife” until sometime next year.

That said, people don’t mind the minor setbacks as long as they can finally get married.

“Finally, our country is joining the rest of Europe!” said Jörg Steinert, whose the head of a gay rights advocacy group called LSVD.

“We won’t be a second-class couple any longer,” noted Bode Mende to Neues Deutschland, who will be the first to marry in Berlin along with his partner Karl Kreil.

But as happy as this occasion may be, German citizens shouldn’t become complacent and stop forward motion for LGBTQ rights.

There are still several tasks to be done concerning policies affecting LGBTQ life like reproductive medicine, blood donation, and more.

That said, its good to celebrate the victories, so enjoy your day German people and congratulations. 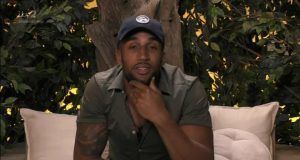 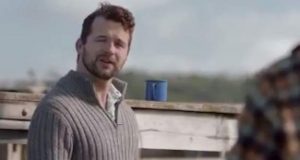 Nick Gayer
0
"It is my religious conviction that a male cannot have a husband." A married Texas couple is accusing a newspaper of anti-gay discrimination after it...