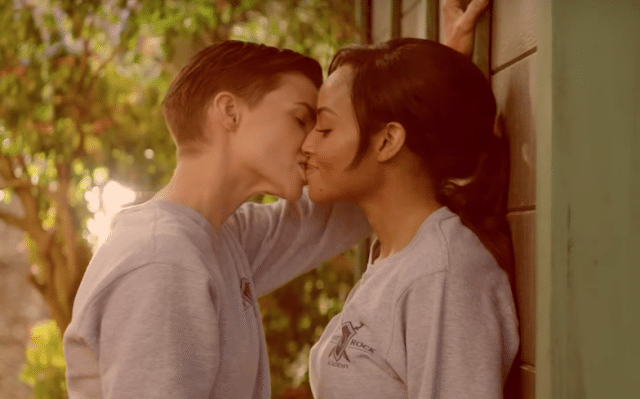 The highly-anticipated series from The CW comes after Rose’s debut in DC’s annual crossover event, which brought together characters from shows such as Arrow, The Flash and Supergirl.

It marked the first time the fictional superhero had appeared in live-action form on any screen.

Rose clearly made an impact with viewers, as The CW gave a pilot order in January, with Emmy-winning director David Nutter (Game Of Thrones) on board alongside writer Caroline Dries (The Vampire Diaries) and executive producer Greg Berlanti (Love, Simon).

A short, 30-second teaser was revealed earlier this month, but now we have a full three-minute preview of the series and it shows Rose in action as the “female Bruce Wayne” – watch below.

Staying true to her depiction in the comics, Batwoman’s primary identity will be a lesbian called Kate Kane, meaning that the series will be the first live-action superhero series with an openly gay lead character – who’s also played by a gay actress.

The show’s synopsis describes “out lesbian” Kate as having “a passion for social justice and a flair for speaking her mind”, while her alter-ego Batwoman is a “highly trained street fighter primed to snuff out the failing city’s criminal resurgence”.

But before she can become the hero that Gotham City needs, Kate has her own “demons” to overcome.

After she was cast as the DC Comics superhero in August last year, the former Orange Is The New Black star faced backlash – with some falsely claiming she isn’t a lesbian – and eventually deleted her Twitter account because of it.

“Where on earth ‘Ruby is not a lesbian therefore she can’t be Batwoman’ come from – has to be the funniest most ridiculous thing I’ve ever read,” she wrote before leaving Twitter.