Home Gay Life The first person in the royal family has just come out as... 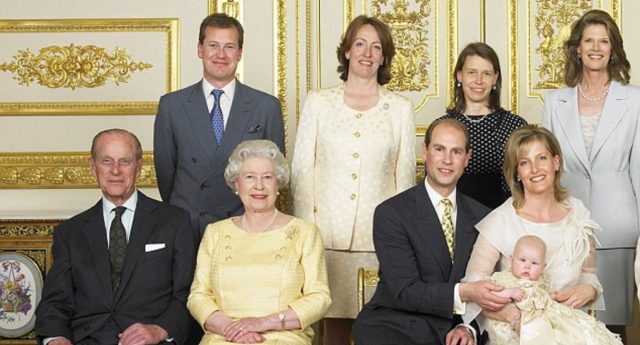 The Queen’s cousin has become the first member of the royal family to come out as gay.

Lord Ivar Mountbatten has revealed that he is now dating a man after a life long struggle with his sexuality.

Prince Harry previously joked that me might try a relationship with a man if it doesn’t work out with women.

The 53 year old came out in an interview with his boyfriend James Coyle, 54. The couple met on a skiing holiday in March, and the relationship has been a key landmark for them both.

He is the first member of the extended royal family to come out as gay, and whilst he is happier now he’s still finding his feet in his new relationship.

“I am a lot happier now, though I am still not 100% comfortable with being gay,” he told The Mail on Sunday.

“Being a Mountbatten was never the problem, it was the generation into which I was born. When I was growing up, it was known as ‘the love that dare not speak its name’, but what’s amazing now is how far we have all come in terms of acceptance.”

“Coming out is such a funny phrase but it’s what I suppose I did in a rather roundabout way, emerging to a place I’m happy to be. I have struggled with my sexuality and in some ways I still do; it has been a real journey to reach this point.”

“Simply talking about it in public is a huge step for me. Up to this point, I have had a heterosexual lifestyle, so living with a man is really new. One step at a time.”

The father of three divorced from his wife Penelope Thompson after 17 years of marriage in 2011.

Whilst having a boyfriend has provided the Lord with some learning curves, it’s also been a blessing in disguise. His daughters like having another man in the house, rather than a step-mother. And his ex, Penelope Thomson, goes to yoga with his new boyfriend.

Coyle said: “I went to a village yoga class with Penny and people thought I was her new boyfriend. She had to tell them: no, he’s Ivar’s, not mine.”

Whilst the couple have a strict no public affection rule, they are now out to all of their friends and family.

“In different ways, we both struggled. Now everyone in our family knows and could not be more supportive.” said Mountbatten. “Neither of us wanted to have relationships which were transitory; the stereotypical view of gay relationships is that they are too fleeting, too frequent.”

“Finding James means I will not have to lie to anyone or grow old on my own.”