Home Gay Life The internet is gleeful over rumors that Wendy Williams’ husband cheated on... 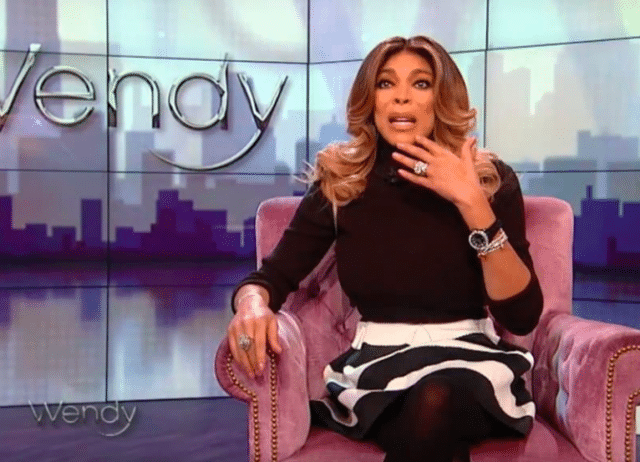 Wendy Williams has been having a tough time since it was revealed her husband of 22 years, Kevin Hunter, fathered a child with his mistress. Then this week, she was dealt another blow when rumors surfaced claiming Hunter also had an ongoing sexual relationship with a man while married to her.

In a recent episode of the podcast “The Breakfast Club,” host Charlamagne The God, played a clip from an interview with R&B crooner Aveon Falstar.

Falstar, who is now married to a woman, also talked about the time he and Hunter allegedly performed oral sex on one another in a sauna before “we did each other in the butt.”

Hunter’s lawyers quickly rushed out a statement calling the claims “baseless and are completely false,” but that hasn’t stopped folks on Twitter from expressing their glee over the matter. Many feel as though karma is finally catching up to the embattled talk show host.

Williams, of course, has built her career on spreading gossip and lies about other celebrities, including feeding into gay rumors about numerous people, mostly rappers. She’s also made a number of homophobic, biphobic, and transphobic remarks over the years, some of which she has apologized for, others she has not.

Wendy Williams asking for privacy during this tough time in her life seems doable. But the fact that her career is based off of gossiping about other celebrities during their toughest times.. I think this is what we call karma.

I can’t believe what I just witnessed so Wendy Williams husband also had a gay abusive relationship with a man too?

@WendyWilliams Wendy Williams is vile, is nasty and makes up lies and gossips about people on the way they look when she looks the way she does, she looks like a really bad drag queen, look in the mirror honey your ugly inside and out, karma will get you in the end, no soul!

Karma came back for Wendy Williams and was not playing no games…not only did ur husband cheat on u and get da side chick pregnant he gay too…whewww is she on suicide watch??? ??‍♀️

Wendy Williams has put so much bad karma in the universe & it’s coming back on her fast. It’s good to see her do some good.

Y every1 feelin sorry 4 @WendyWilliams all shit she talk on #hottopics about other ppl member wen she tried 2 insinuate @kennylattimore & was gay she real reckless now #karma caughtup wit her she not reckless w/her messy divorce & triflin husband she owe some ppl apologies pic.twitter.com/BfLDSrmz2L

Karma coming for Wendy Williams tho. I feel bad for her

Anyone who thinks @50cent is being hard on @WendyWilliams should listen to her old radio shows when she would just make up rumors about celebs being on drugs or cheating on spouses. And accusing rappers of being gay. What goes around comes around she deserves being ridiculed.