Home Gay Life The Justice Department Wants To Make It Harder To Track Crimes Against...

Advocates worry the move could put an already vulnerable group at even greater risk.

The Department of Justice has signaled it wants to stop asking 16- and 17-year-olds about their sexual orientation and gender identity.

Conducted twice a year, the National Crime Victimization Survey tracks crimes from theft and burglary to sexual assault, to measure trends, including the vulnerability of minority communities.

Since July 2016, all respondents 16 and older have been asked to identify if they are LGBT, but the DOJ announced this week that it was requesting the age be raised to 18, “due to concerns about the potential sensitivity of these questions for adolescents.” 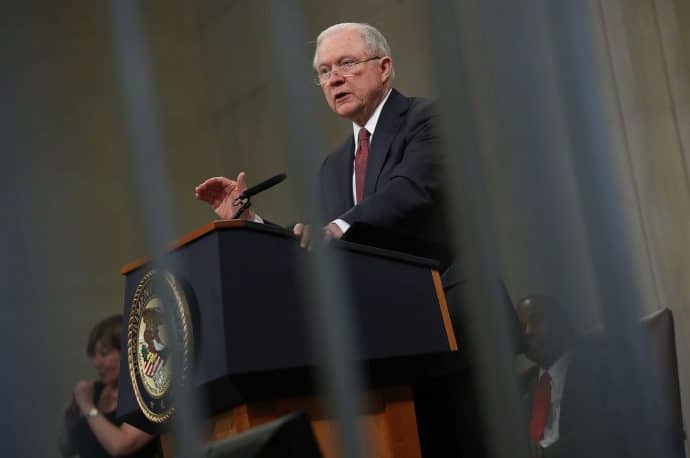 But LGBT Americans, including LGBT youth, are subject to higher rates of hate crimes and violence: 44% of lesbians, for example, report being the victim of stalking, rape or physical violence, compared to 35% of heterosexual women. Erasing data on queer youth will limit our understanding of the problem and the resources they receive.

“The Bureau of Justice Statistics at the Department of Justice has been a leader in advancing knowledge about the LGBT population,” says Adam P. Romero, director of federal policy at the Williams Institute. “But the bureau’s new leadership seems to want to bury its head in the sand,” he continued.

Teens have been “answering questions about their sexual orientation for years, in numerous studies, as well as on federal surveys,” adds the Institute’s Kerith J. Conron, including the Youth Behavior Risk Survey and the National Survey of Family Growth.

“We know that LGBT youth are more likely to be victimized, sometimes by their own families, and we need data from the NCVS to learn whether crimes are reported and how the criminal justice system is responding to young LGBT victims,” Conron adds. Instead of dropping the question for teens, she says the Justice Department “should focus on making it easier for youth to answer questions by investigating strategies to improve the data collection process.”

The revised guidelines are similar to other attempts by the White House to remove LGBT people from federal surveys: Most notably, the administration scrapped plans to include sexual orientation and gender identity on the 2020 census, although it will ask about same-sex households.

The request to raise the age concerning LGBT identity to 18 for the National Crime Victimization Survey is open for public comments until May 11.

If the request is approved by the Office of Management and Budget, the change will go into effect within the next six months.