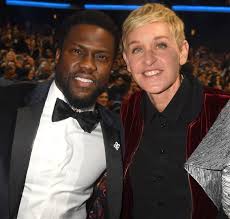 I want to write a blog post about the Kevin Hart thing, but I also think that white gay people have no business judging Hart, and ought to keep their mouths shut.
Some people seem to want to crucify Hart for actions many years ago. Some people want Hart to learn from his mistakes. Some, like POC, Don Lemon, want Hart to become a vocal ally. I support two of these, but in my experience, no one can be forced into being an ally. 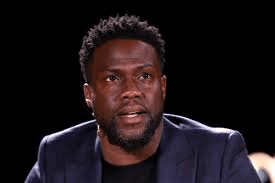 I think- and I could be wrong- Hart is not opposed to being an ally, but he also knows he has a lot to learn and change before he is at the point to pick up that task. All those people who want to crucify him are just going to keep trashing him, and any allyship will be lost in the chaos. Remember Caitlyn Jenner? Yes, a different situation, but in some ways, similar. Think about how much more Jenner could have accomplished and can still do so, if she had not gone so public so fast. She was still getting to know herself and her community. She needed time and effort and processing her journey. I think Hart needs time and effort to process his journey.
And any of us who care about queer kids aren’t doing them any justice by pushing Hart to be more vocal and more public. We simply raise the stakes and make the vocal more intense and fraught with negativity.
Personally, I think he has adequately apologized. Now, I think he needs to get himself out of the limelight and ask himself, what does it all mean and how can he move forward to make a difference. And he deserves whatever privacy that process requires. Not everyone agrees with me.  I think some people want more, out of their own experiences and agendas. Many who were bullied or treated poorly for being gay as youth, want to make our abusers pay, and Hart becomes an easy stand-in for all of those people and past experiences.
To me, of the voices we have heard, Lemon can comes closest to understanding Hart , but he has his own journey, his own pains, and his own agenda. Even where Lemon means to help kids, it still doesn’t acknowledge Hart’s experience.
Ellen’s take is also interesting to consider. As a woman and a gay woman, she understands the intersectionality of isms and privilege too. And while her struggles have been different from Hart’s there are some ways that she seems capable of listening and respecting his reality. I am not saying that Lemon isn’t respecting Hart’s experience. I’m saying I think he is pushing too fast to get Hart to what would be a great arc of progress for this journey.
The other day, I heard a story told in NPR- one of those story telling shows like The Moth- a story about how a young guy being bullied, got back at the bully by having gay materials sent to the boy’s house. Because he knew on some level, that his bully would get the shit kicked out of him. And he did. His father beat him up so bad he ended up in the hospital.
I think about that as I think about Hart’s joke about breaking a doll house over his son’s head.
The audience applauded loudly as the story teller hoped that by telling his story, all these years later, it could serve as an apology to the kid who had bullied him, and who ended up in the hospital. No one is applauding Hart. Few are even accepting that he has adequately apologized. But within these two situations, where was more damage done- a joke, or an effort to stop a bully?
The real problem, isn’t the joke, but rather the pervasive homophobia that lives within our culture. Will we get rid of it by crucifying Hart? I don’t think so. Towards that end, we have to be willing to have a real dialogue about why, at one time a joke like that seemed funny, and made people laugh. We have to explore the homophobia and racism systemic throughout our culture. To crucify Hart, will make a few of feel better- as they feel righteous indignation and more superiority. And in my opinion, that superiority has a real slice of racism in it.