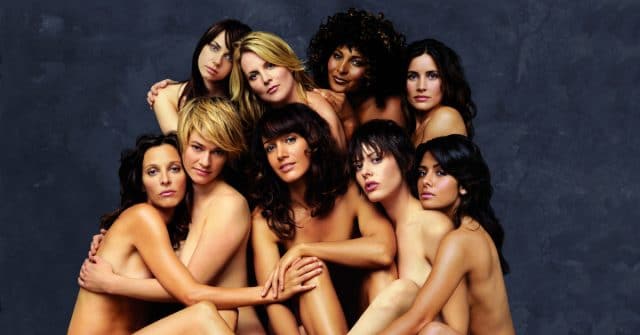 The L Word: Generation Q will continue the story of Bette, Alice and Shane alongside “a new generation of self-possessed LGBTQIA characters experiencing love, heartbreak, sex, setbacks and success in Los Angeles.”

US network Showtime has confirmed that the new series will be a sequel to the groundbreaking LGBT+ series rather than a full reboot, and will feature the return of actors Jennifer Beals (Bette), Katherine Moennig (Shane) and Leisha Hailey (Alice).

Its subtitle, Generation Q, hints at a wider focus than the first L Word, which aired from 2004 until 2009 and followed a group of lesbian cis women.

However, fans of the original aren’t completely on board.

“The title of this reboot is high cringe,” Sarah Kennedy tweeted.

“I’m calling it right now, lesbians will not be very prevalent in this new show,” wrote another fan named Sabrina.

“It should be subtitled “Turns Out Dana Is Fine It Was Just The Flu,” added Pete Galey.

Showrunner Marja-Lewis Ryan has said that the new iteration will “honour the spirit of the first series and make it more inclusive.”

“More than one” transgender character will appear, Ryan told The Hollywood Reporter, confirming an earliercasting call for two trans actors.

The first poster for The L Word: Generation Q. (Showtime)

The L Word introduced a trans character in its third season back in 2006, but was criticised for casting a cis woman in the role.

Ryan told THR: “I don’t think anyone at the time knew any better than to cast a cis person to play a trans person, and that that wasn’t good and didn’t send the right message.

“I felt weird about it but I didn’t have any words to describe how I felt, and I didn’t have a solution for it, either. It wasn’t like I was like, ‘Why didn’t they just cast a trans person?’ We didn’t have that word.

“The idea of being able to have words for things and to be able to represent people in a more realistic way is something I’m excited to do as well.”

Ryan added that there will be “way more Latina representation” in The L Word: Generation Q.

Filming for the eight-episode series will begin this summer, ahead of its US premiere in the autumn. It has not yet been announced when the series will air in the UK, or on which service.