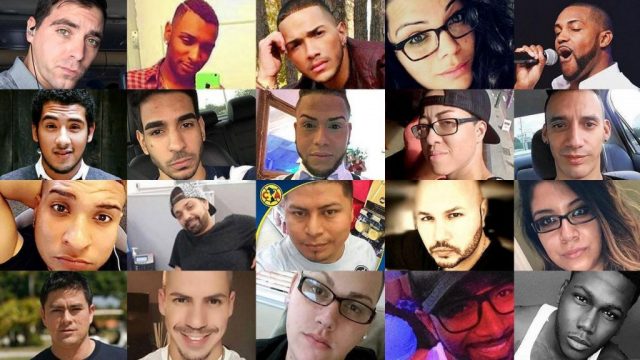 From uplifting victories to devastating violence, it’s been a year to remember.

It’s been a year to remember: In seismic political shocks, Donald Trump won the US presidential election, and the UK voted to leave the EU. There was tragedy as 49 were massacred in a gay club in Orlando in the worst terror attack on the US since 9/11.

We also lost iconic stars who overturned our perceptions of gender, including David Bowie, Prince Pete Burns and Alexis Arquette. 2016 was a year of upheaval, change and tragedy. Here, we look back and reflect…

MPs say the NHS is Letting down transgender people – The first cross-party parliamentary inquiry on trans issues found that the NHS was failing in its legal duty to provide equal access to services.

North Carolina’s infamous HB2 bill adopted – The law eliminated anti-discrimination protection for LGBT+ people, and forces trans people to use public bathrooms representing the gender they were assigned at birth. Founder of Bangladesh’s first and only LGBT+ magazine brutally murdered – Founding editor of Roopbaan, Xulhaz Mannan, was hacked to death by a gang in the capital, Dhaka. Obama calls for anti-LGBT laws in North Carolina and Mississippi to be overturned – Both laws started as bills designed to enforce which toilets transgender people can use, but along the way they grew to encompass public rights for LGBT+ people more generally. Mississippi anti-LGBT law blocked by US judge one day before it was to take effect – The law protected religious objections to same-sex marriage and was deemed so broad that it would have allowed for whole-scale discrimination of LGBT+ people. Black Lives Matter pulls out of San Francisco gay pride over policing – LGBT+ people of colour expressed concern at the extent of the police presence at Pride, which was heightened in the wake of the Orlando massacre.

Obama designates Stonewall Inn a monument – The declaration makes it the first ever national monument to the LGBT+ equality movement. Gender identity clinic services under strain as referral rates soar – Figures obtained by The Guardian’s freedom of information requests show the number of referrals at the Charing Cross clinic have quadrupled over the past decade. Prince William becomes the first member of royal family to be photographed for a gay magazine – Inside Attitude’s July issue the Duke of Cambridge discussed the mental health implications of homophobic, bi-phobic and transphobic bullying.