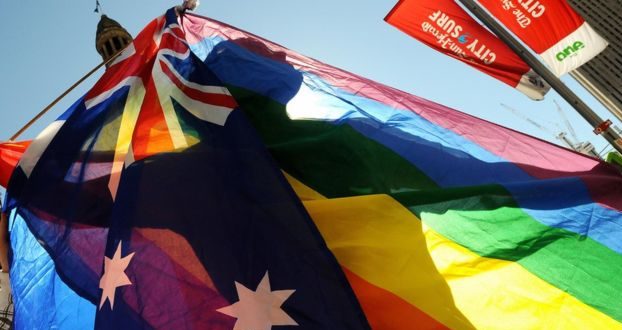 From uplifting victories to devastating violence, it’s been a year to remember. Read the first part of this post firstly.

It’s been a year to remember: In seismic political shocks, Donald Trump won the US presidential election, and the UK voted to leave the EU. There was tragedy as 49 were massacred in a gay club in Orlando in the worst terror attack on the US since 9/11.

We also lost iconic stars who overturned our perceptions of gender, including David Bowie, Prince Pete Burns and Alexis Arquette. 2016 was a year of upheaval, change and tragedy. Here, we look back and reflect. FA ban footballer Andre Gray for four matches after he sent homophobic and sexist tweets – Gray asked for forgiveness after the ban and stated he is now a different person to the one who posted the tweets in 2014. Bishop of Grantham becomes first Anglican priest to declare he is in gay relationship – Fourteen Church of England priests have since written to Anglican bishops urging them to unequivocally accept homosexuality and marriage equality. Corbyn calls for LGBT+ history to be added to the curriculum – The Leader of the Opposition would make such a module compulsory in all schools. Ashers Bakery lost court appeal – The born-again Christian owners lost their appeal to overturn a guilty verdict after they were found to be discriminating by refusing to bake a pro-gay-marriage-themed cake.

Homophobic hate crimes more than double three months after Brexit vote – Toxicity fostered by the EU referendum result is thought to be responsible for homophobic attacks rising by 147 per cent. Conservative minister scuppers the progress of bill which would pardon gay and bisexual men – The bill would have automatically pardoned all gay and bi men in England and Wales convicted of sexual offences that are no longer criminal. Australian prime minister Malcolm Turnbull will not consider marriage equality – A plebiscite on same-sex marriage was defeated by a coalition of MPs, who did not trust the government to protect LGBT+ people during any campaign. Donald Trump and anti-LGBT Republican Mike Pence elected president and vice-president – LGBT+ people in America are worried they will lose their rights as a result of the right-wing demagogues taking power. NHS told it is responsible for commissioning PrEP – NHS England lost its appeal against a High Court ruling that it had the legal power to commission PrEP.