Home Gay Life The Major Problem With Gay Bars in 2018 Could Be Because Of... 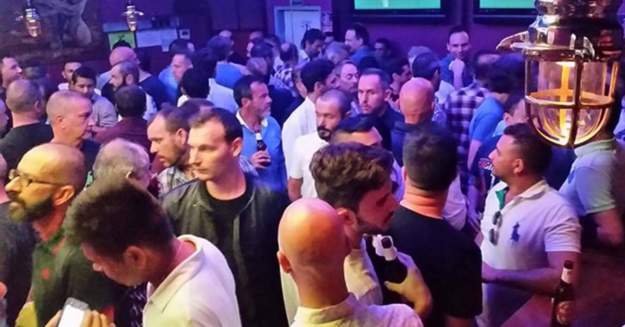 The sketch that featured John Mulaney playing a faux drag brunch waitress on SNL recently brought back up some frustrating feelings I’ve bottled up for a while.

There is a growing trend of swarms of heterosexual men and women who are coming into our establishments for their own personal enjoyment. They are going to drag shows, gay bars and more where they are viewing and commenting on what they see as if it’s a spectacle of sorts, and we are the animals at the zoo or circus for them to discuss.

Funny thing is, these locations were designed to be our gay havens for several decades where straight people would not think twice to stop in because being cool with the gays didn’t exist until Will & Grace debuted. And the ones who were ahead of the curve of that trend treated these places with respect and also had an inviting element to them where we felt comfortable sharing our space (Sandra Bernhard, Michelle Visage, etc). 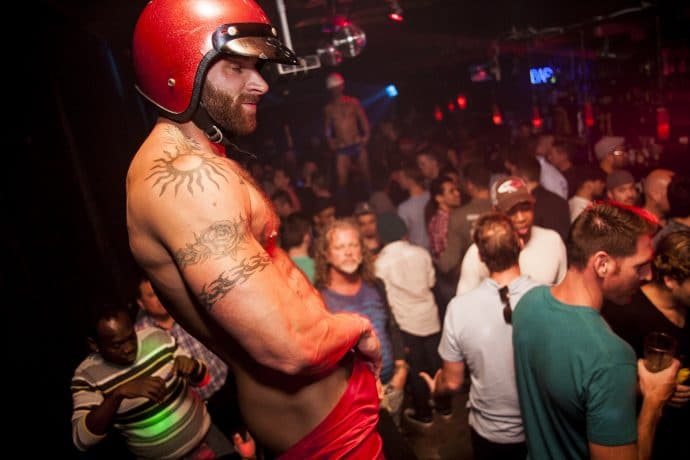 Now that the visibility of the LGBT community is greater than ever, it has allowed straight people to feel more comfortable than ever with us. Heck, they even casually use our lingo and that’s fantastic. There’s boundaries here though, especially in the major cities, where that comfort turns to disrespect whether they intended that to happen or not.

For instance, every single time I go to a popular drag show in NYC, it’s 85 percent women/straight men and barely any gay men. Matter of fact, last time I went, my table was the only one that was primarily gay. That bar will remain nameless, however some local drag queens have told me many different times just how disrespectful some patrons are who see them purely as something to laugh at rather than with. “It makes me wonder why they even show up in the first place,” revealed one particular queen.

This isn’t taking anything away from our community getting what we have wanted for decades now: allies. Thousands upon thousands of straight allies have joined in our forces to help normalize us in a society that deemed us mentally ill for many years (some still do), and we are eternally grateful for that. But when you have the “woo” girls and guys who barge into our establishments and say things like “Yas you gays are so fabulous” while getting more intoxicated and belligerent throughout the night, it makes you wonder what their purpose was of coming there to begin with.

There was a major incident last year during a bear night at a local bar where a friend of mine was on stage dancing. He claimed that when he looked below he saw a group of girls pointing and laughing at him. That is absurd on so many levels. First of all, to get on stage and dance at all is incredibly intimidating but then to be judged by people who are supposed to be our supporters is a whole other story. They allegedly were there with some fellow gay friends, who if they had any heart or dignity would’ve told them to stop making fun and enjoy their night. But they didn’t, and it left a bad taste in my friend’s mouth.

I’m all for this whole “more the merrier” thing as anyone who is down with the community I’m down for. But when that threshold gets crossed and disrespect starts showing is where the line is clearly drawn. We will always welcome you with open arms, but please don’t bite the hand that feeds you when you enter our locations and treat us as if you are either better than us or that you are simply there to judge for your own reasons. That’s not how this works… that’s not how any of this works.