Home Gay Life The Man Who Helped A Gay Couple From A Bashing Is Being... 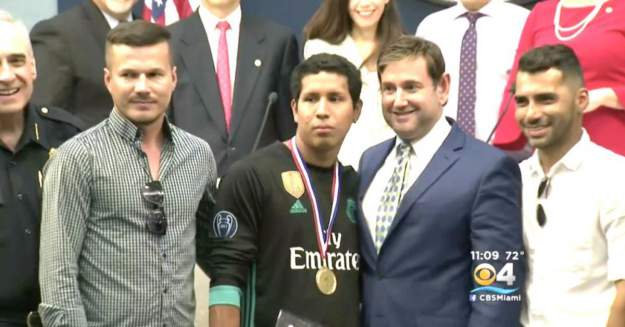 Earlier this month, we shared with you the news that a gay couple attending Miami Pride was attacked by four men. Now, we’re happy to share with you the story of their savior.

29-year-old South Beach resident Helmut Muller Estrada was walking nearby when Rene Chalarca and Dmitry Logunov were attacked outside a bathroom by four men. Not knowing any of the six men but wanting to help, Estrada immediately ran over to defend the gay men.

“Everything happened so quick,” said Estrada. “I was so angry and I just wanted to defend these guys regardless of their sexual orientation. It doesn’t matter.”

Once the men fled, Estrada tried to pursue them so that they wouldn’t get away. Unfortunately, they then surrounded him and knocked him out. That led to Estrada getting a gash at the back of his head that required four stitches. But, Estrada says it was worth it. 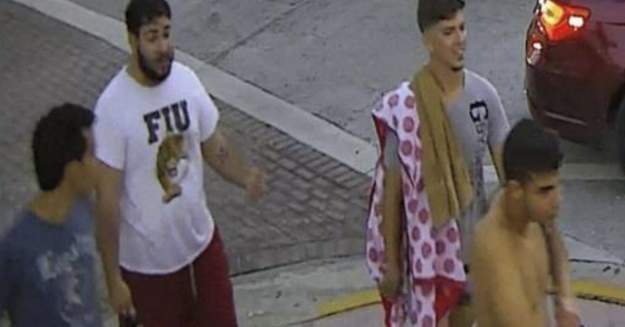 To honor his act of self-sacrifice and heroism, the City Commisioner gave Helmut Muller Estrada a city medallion at an official ceremony on Wednesday.

“Today we have a resident of our city who was a Good Samaritan and who showed true acts of bravery and heroism that day,” said Commissioner Michael Góngora, who presented the award. “This is somebody that saw two individuals being attacked and felt the need to step up and do the right thing and in doing so he was hurt himself.”

Chalarca and Logunov were present during the ceremony and shared their congratulations with Estrada.

“We came to support him because he was there for us,” said Chalarca. “He’s totally a hero and for us it means a lot.”

Meanwhile, the four attackers (Juan Carlos Lopez, Luis M. Alonso Piovet, Adonis Diaz, and Pablo Reinaldo Romo-Figueroa) turned themselves into police custody two days after the incident. They have been charged with aggravated battery and are awaiting an arraignment on May 10.

During that time, the state attorney will announce if this case will be classified as a hate crime or not. If so, a more serious penalty will be warranted.