Home Gay Life The many ways to enjoy New York in shorts this celebratory pride... 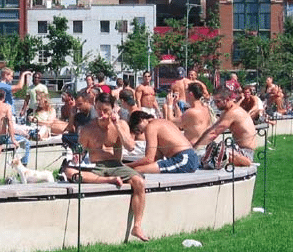 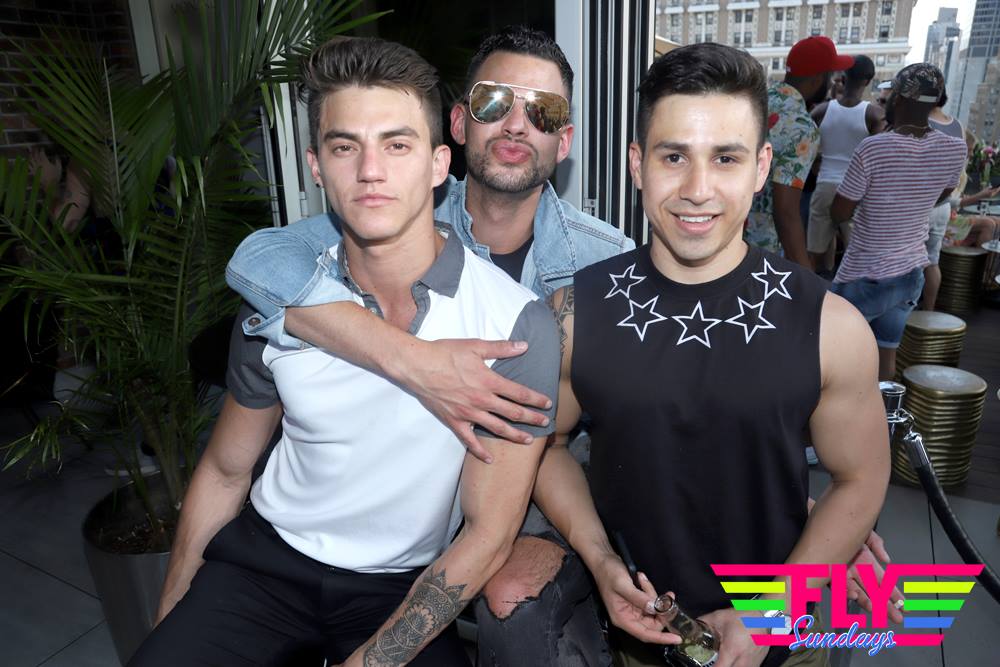 New York City: The Concrete Jungle, a forest of steel-and-glass towers reaching to the sky you’re lucky to see if you ever remember to look up from your smartphone and the drama of humanity that plays out on every sidewalk, on every block in every wonderful ‘hood.

Every summer, people travel from all over the world to take a bite out of the Big Apple, to indulge in all the various delights the city has to offer: world-class restaurants, theater, museums, shows, galleries. Shopping that will leave you looking like a million bucks—and feeling like you might need to take out a second mortgage on your house.

Culture, food, nightlife, shopping—nobody does it like New Yorkers.

But, you’ll notice, this list is kinda light on the outdoor activities. Unlike every LA guy who lists “hiking” as his ideal date in his Tinder profile, New York gays aren’t exactly outdoorsy types. Our idea of hiking is taking the elevator to the top of a fab hotel for a rooftop cocktail–or three–since, hell, we are cabbing it home anyway.

That said, it’s not like we’re indoor pets, and wonderful outdoor opportunities abound throughout the New York area. And it doesn’t hurt that they are inexpensive, leaving more money for all of the above.

So this Pride 50 season, take a little time out of your nightlife schedule to plan a day or two getting back to nature.

1. Out on the Waterfront: Christopher Street Pier 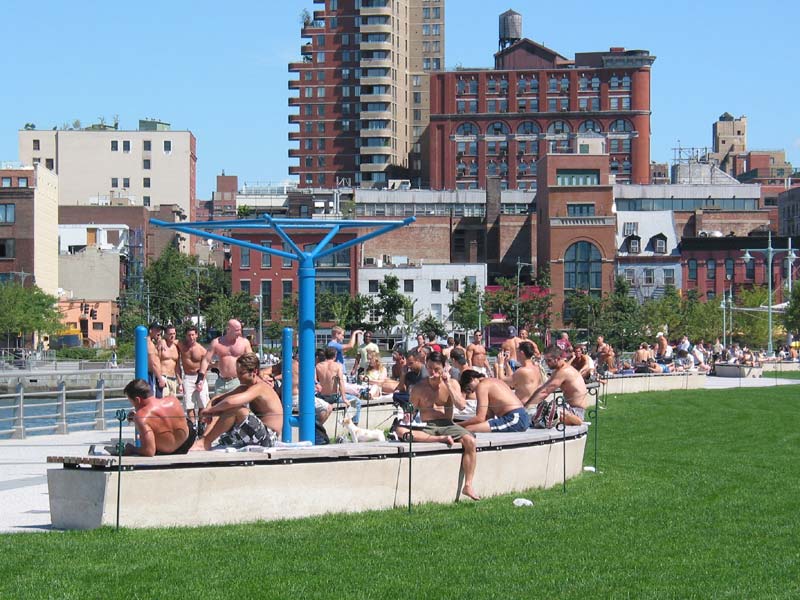 What the city lacks in sand and surf, it more than makes up for in riverfront greenspaces. Water locked by the Hudson and East rivers, Manhattan’s real gay beaches are the Chelsea and Christopher Street Piers, an LGBTQ hangout since the 1950s. 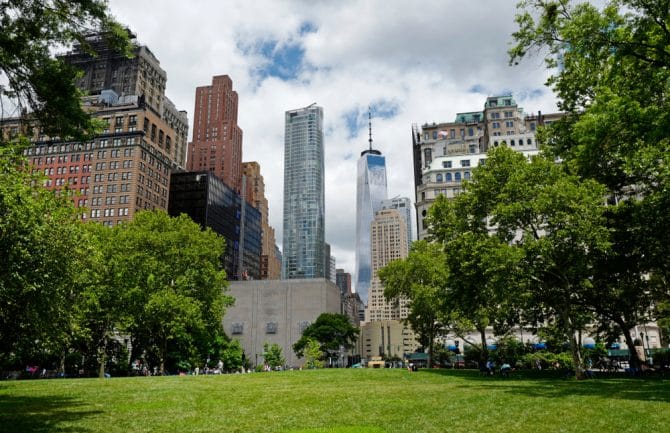 Boasting a breathtaking view of Lady Liberty, Battery Park sits at the southwestern tip of the island. It’s home to cafés and restaurants, plenty of shady groves to beat the heat and a spacious lawn to catch some rays. If you’ve got kids in tow or are a kid at heart yourself, be sure to check out the trippy marine-life inspired SeaGlass Carousel. 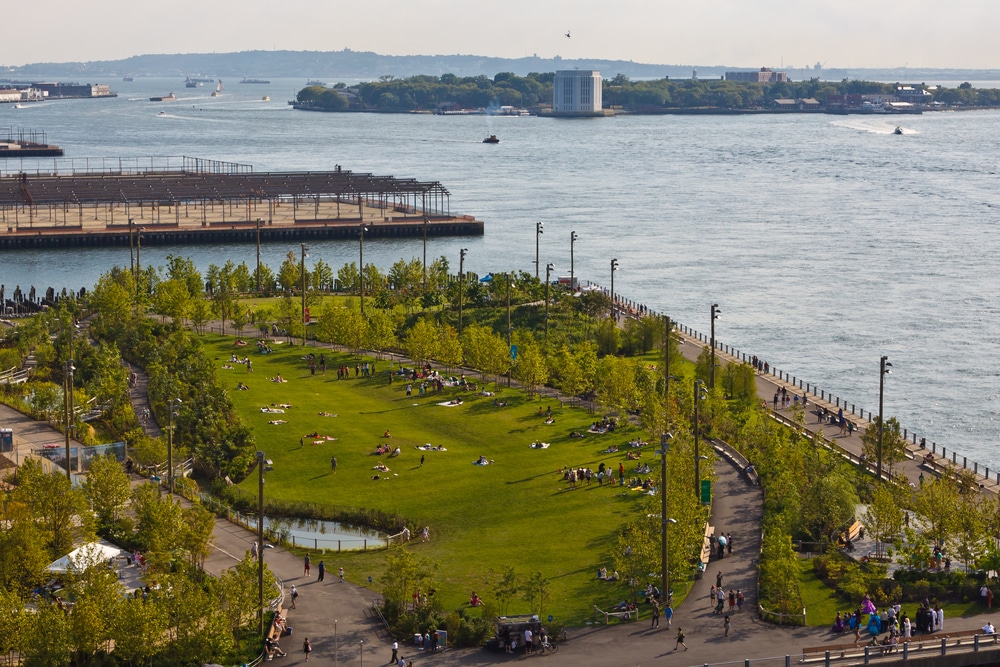 If you’re making the trek across the Brooklyn Bridge for that all-important photo opp, be sure to check out the acres of zhushed-up piers that constitute Brooklyn Bridge Park. We’re talking artificial beaches, sports facilities, playgrounds, water features, hot joggers, and splash parks to take the edge off warm summer days. 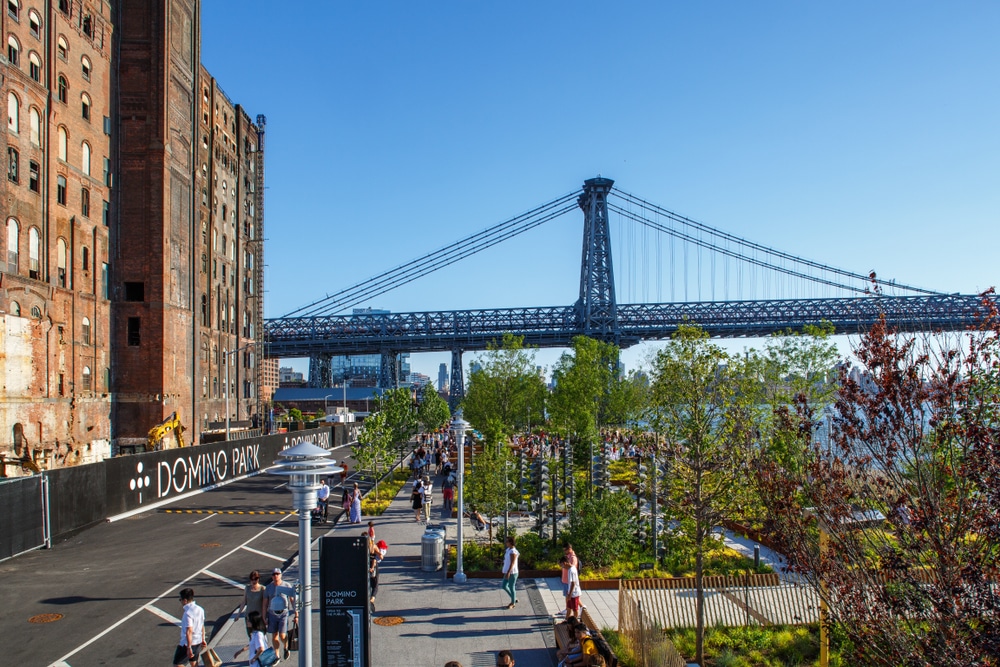 No Brooklyn excursion is complete without a trip to the Williamsburg Waterfront—specifically Domino Park. Located on the former grounds of the landmark Domino Sugar Refinery, the park’s highlights include elevated walkways with views of the East River and Manhattan beyond and upscale taco stand Tacocina.

2. Out on the roof lounge: Moxy Hotel 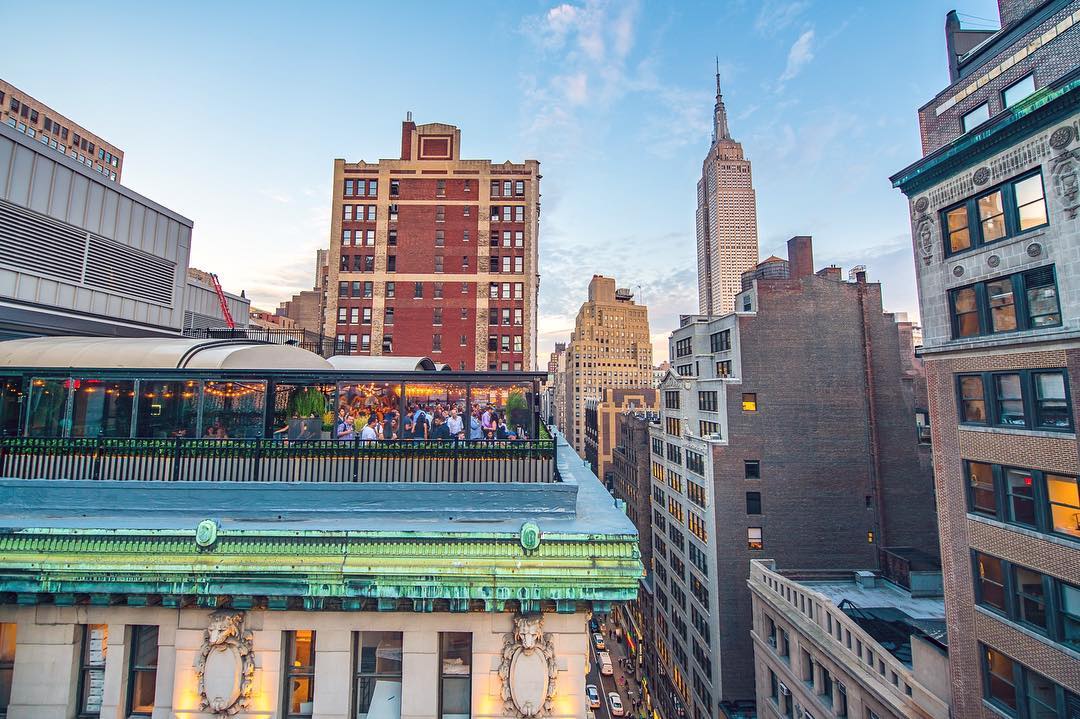 Described as an urban amusement park, they don’t call the lounge atop the Marriot Moxy NYC Time Square Magic Hour for nothin.’ Make reservations for the fabulous eats and drinks; stay for the naughty topiary, carousel-esque seating and R-rated putt-putt course.

The guys of Fly Sundays Monarch

The rooftop playground at the Courtyard New York Manhattan/Herald Square is pretty fabulous any day of the week with its tropical theme and breathtaking views. But on summer Sundays, the gays take over for the long-running party Fly Sundays. For its sixth season, the afternoon bash is getting supersized, with all kinds of surprises in store. 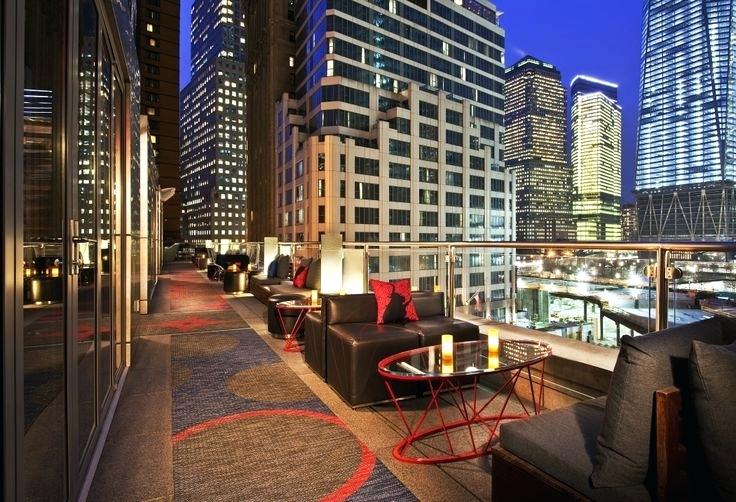 And further south, the W New York – Downtown’s Living Room Bar boasts eye-popping interiors that open onto the city’s most chill terraces. Located in the heart of the Financial District, with all those cocktail-sipping, suit-wearing Wall Street types loosening up their ties after a long day at the office, this just might be Lower Manhattan’s lowkey ideal husband hunting spot. 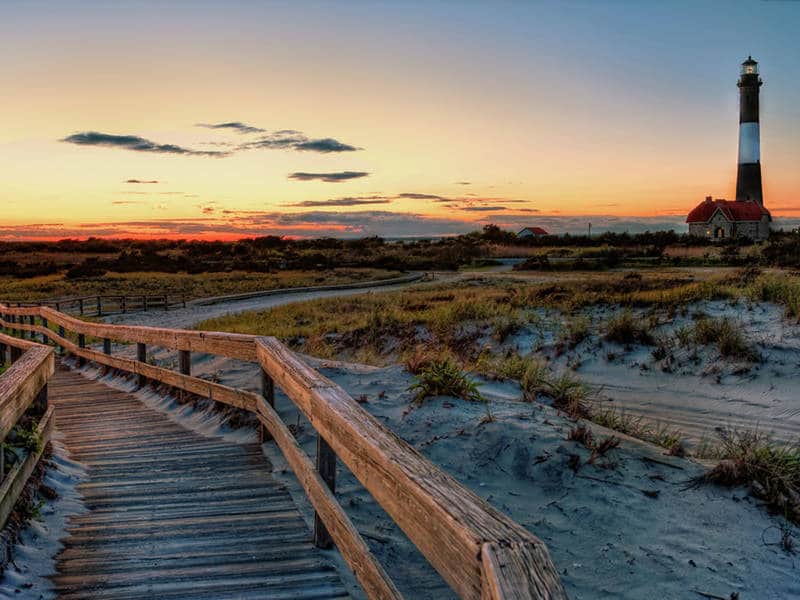 For a real weekend getaway—the kind that requires a Louis Vuitton carryall and multiple pairs of sunglasses and swimsuits—you don’t have to venture that far from the city. Just under two hours east via the Long Island Railroad lies the ultimate gay vacay mecca: Fire Island. Accessible only by ferry, the tiny hamlets of Cherry Grove and Fire Island Pines are maybe the closest you’re ever going to get to a real-life queer separatist utopia—with just enough Lord of the Flies anarchy among the bikini-clad denizens to keep things exciting. The annual July 4th drag invasion and Pines Party Weekend (July 26–28) are not to be missed, but there’s fun to be had Spring to Fall. 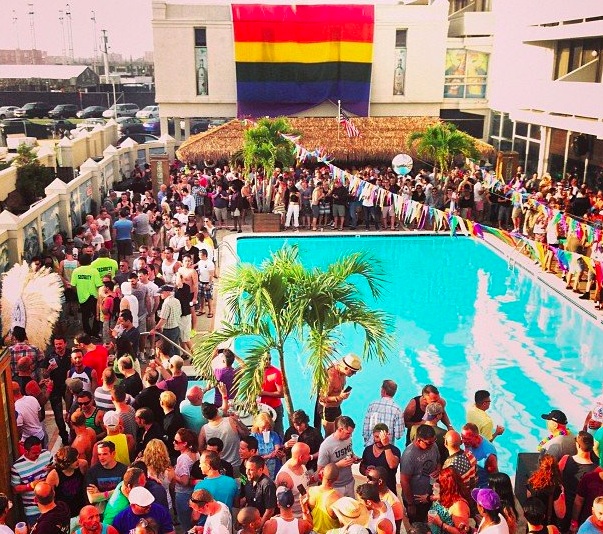 Meanwhile, on the Jersey Shore, the gays have radically revitalized the seaside city of Asbury Park over the past few decades. Along with the sun and sand, there’s plenty of trouble to get into at producer and DJ Shep Pettibone’s Paradise Nightclub. With its historic seaside boardwalk, think of this gay summer destination as the lovechild of Fire and Coney Islands.