Home Gay Life The Molly made him hook up with a Ryan Gosling lookalike, now... 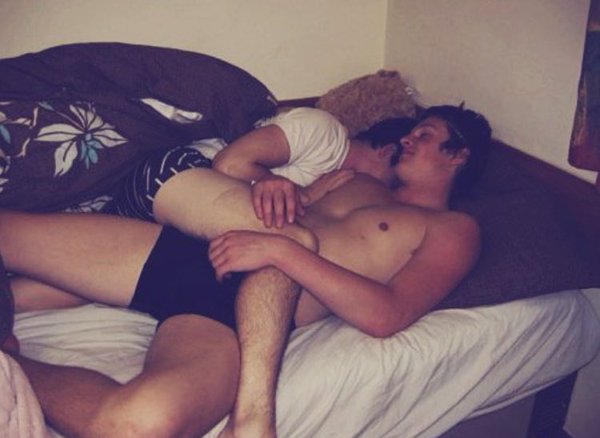 A 22-year-old straight man hooked up with a Latino Ryan Gosling lookalike — and now it’s the talk of the town.

Still, word about the hookup spread fast and now everybody’s talking and praising him for coming out. But he’s not even gay. At all. It was a one-off. A lark.

He doesn’t want to brag, but he admits he was something of a “stud” in high school; “the type of guy who spent his entire life trying to get chicks.” And the other guy “was renowned for being ridiculously  hot.”

So “the idea of me and him banging is like a golden trophy of gossip for girls, this is going to be BIG for months on end.”

Such is the plight of a young Redditor who goes by the name julio55, who’s now reaching out to the community for any inkling of advice they might be willing to throw him.

He sums up the situation economically by explaining “did molly, banged a dude, friend saw, spread the rumors to absolutely everyone, everyone thinks I’m gay, but I’m actually straight and the banging of the dude was experimental.” It’s an elevator pitch we’d be eager to listen to.

And you can rest assured that the people have been all-too eager to impart their words of wisdom on the confused young man.

“First off, don’t freak out when it’s brought up and don’t deny it,” says apathyontheeast. “Laugh it off, say something like, ‘Man, I was really high, but at least I’m sure now I’m into chicks!’”

But HelpmeRL thinks that’s wretched advice. “It’s a stupid coping mechanism” that “won’t be believed by most people.”

After all, he says, “why would you end up sleeping naked on the floor with a dude just to make sure you really don’t like anything about guys?”

HelpmeRL thinks he should just say he was swept up by the situation “and that it was totally fine but not something you would do again any time soon.”

“If you’re that hot,” says maidrey, “go on Tinder. and use that for your dating/hookup/whatever purposes for the current moment. Eventually your friends will catch on.”

yourbrotherrex claims that only time will make the chatter die down:

That whole ‘Man, I was really high, but at least now I know I’m into chicks!’ dialogue may look good on paper, but if you say it IRL, it will not work, lol.

That’s just going to give them more ammunition, TBH.

Just don’t bring it up, any more, ever again, if your goal is to someday not have to hear about it anymore, OP.

Says Jamothy: “If a man builds 1,000 bridges and sucks one dick, they don’t call him a bridge-builder. They call him a cocksucker.”

“Trying to convince people you are straight and nothing but straight at this point is just going to make people think you’re in denial,” 0sricStark claims.

“Just say this experience was experimentation and it doesn’t represent your sexuality overall.”

Short of hooking up with this mysterious latino Ryan Gosling as often as he can, what advice would you offer this confused young man?