Home Gay Life The Nomadic Boys have great tips for enjoying the Pride in London... 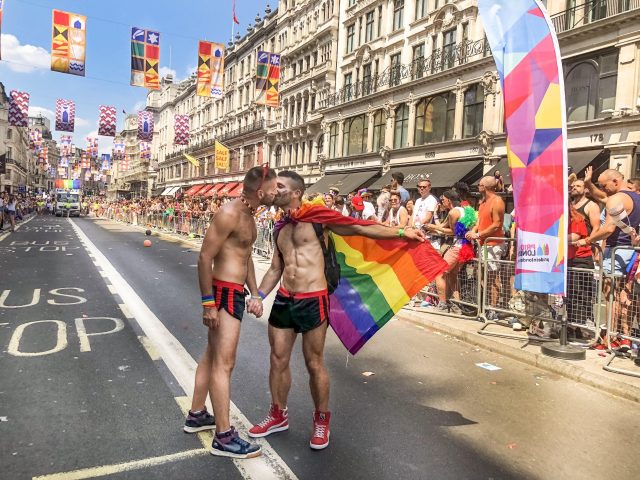 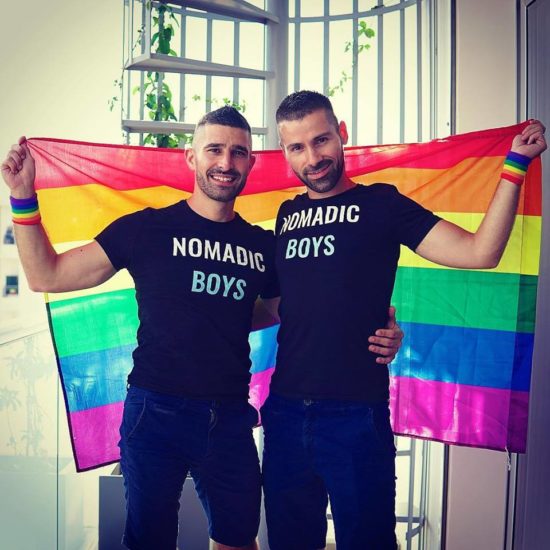 GayCities contributors The Nomadic Boys travel the world, and when they heard London calling, they fell in love with the city. Pride in London is scheduled for July 5-7, with the parade on July 6, and GayCities chatted with The Boys to see how to make the most out of pride, and every day, in the political and cultural capital of Great Britain. The Boys have some great recommendations for how to enjoy one of the most exciting cities and pride events in Europe.

London is a fantastic city. On the one hand, you’ve got one of the most diverse populations on the planet all living together in harmony. At the same time, the city is rich with so much history and culture, whilst at the same time is an economic powerhouse with the chance to really make something of your career. And of course, London has a fantastic gay scene, with gay neighborhoods in the center (Soho), the south (Vauxhall) and more recently a more hipster-led one in the east (Hoxton).

Our favorite Pride event is at the popular XXL. It’s an all male club with a huge diversity of guys. During Pride, they have one of their biggest nights. The other big Pride party to look out for during Pride is the WE Party group’s post-Pride party. Over in the East end of the city, Sink the Pink hosts their Pride party, which is also worth checking out. 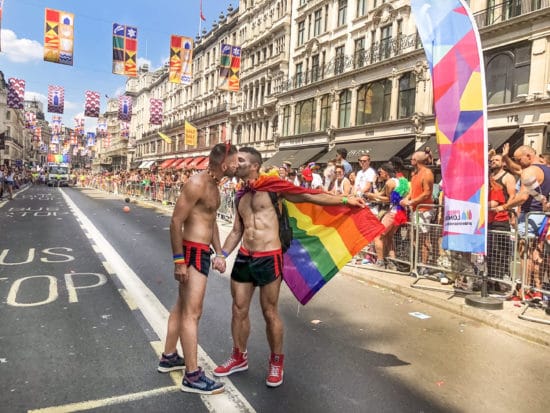 The Nomadic Boys, Sebastien Chaneac and Stefan Arestis, at Pride in London 2018

Our favorite place to get a cocktail in London during the summer pride season is at one of the bars in Soho, when they all spread out into the street outside and the whole area becomes one giant fabulous street party. Drink of choice? Gin and tonic of course!

This is really tricky, because London has many many different highly rated restaurants to suit all flavors. One of our favorite restaurants in the main gay scene of London in Soho is Soho Joe. Their thin crust pizzas are to die for.

Balans on Old Compton Street is a popular choice for the gay boys. It’s perfect for brunch, a great meeting point for that Grindr date and also one of the best places to meet with a group of friends to have dinner together.