“He recklessly landed our God-fearing country into the hands of the sausage jockeys,” declared a political rival of President Nana Akufo-Addo.

Ghana doesn’t have a good track record when it comes to LGBT rights: Consensual same-sex activity can land you in prison for more than five years, and young gay people are often forced to flee their families, as physical attacks against LGBT Ghanaians are all-too-common. In 2015, presidential candidate George Boateng even ran on a campaign promise to put all gay people before a firing squad.

So when the country’s new president said he could potentially see a time when homosexuality was decriminalized, it sparked a shockwave of criticism from religious and political leaders. 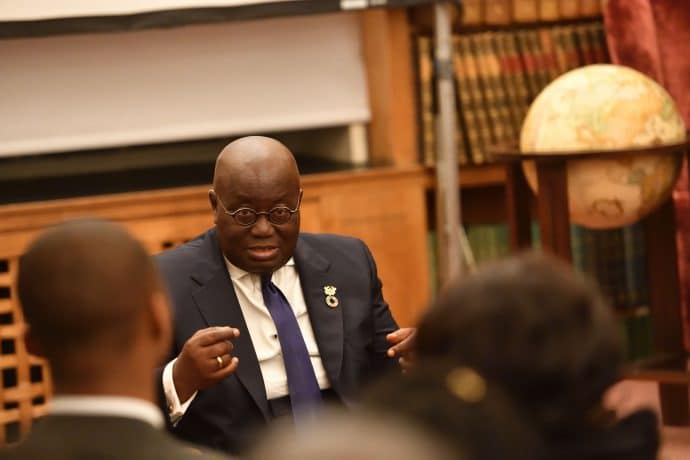 In November, President Nana Akufo-Addo told Al Jazeera that, right now, there no strong call to accept homosexuality—but that could change. “This is a social, cultural issue,” he added. “At the moment, I don’t see that, in Ghana, there is that strong current of opinion that is saying, ’Change the law…’ It is not a matter that is on the agenda.”

Chapter 6 of Ghana’s criminal code outlaws “unnatural carnal knowledge,” which can be defined to include any sex acts deemed “unnatural”—including bestiality, child molestation and homosexuality.

But Akufo-Addo says he knows attitudes are changing in other parts of the world and may very likely change in Ghana, too. 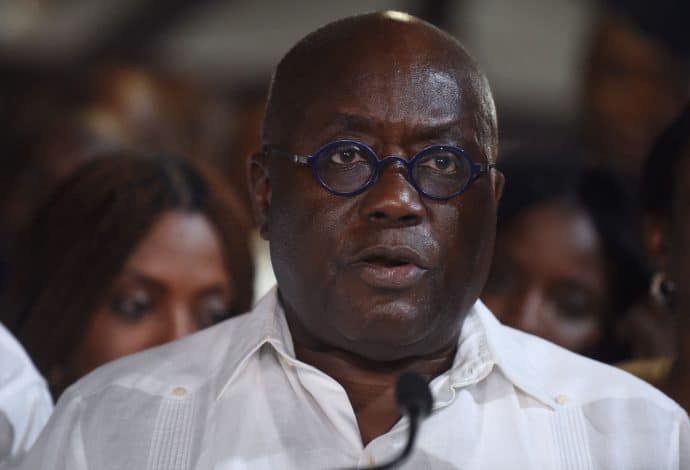 “I grew up in England at the time that homosexuality was banned there.” says the 73-year-old, who was elected in January. It was illegal and… British politicians thought it was an item not to even think about,” he explained. “But suddenly [by] the activities of individuals and groups, a certain awareness, a certain development grew and grew stronger and it forced a change in law. I believe that those are the same processes that will bring about changes in our situation.”

Almost immediately, rival politicians slammed him for suggesting acceptance would ever come.

Calling gay people “sausage jockeys” and “back-door bandits,” All People’s Congress (APC) founder Hassan Ayariga said the president should follow the lead of his predecessors, who were all militantly homophobic. (In 2011, then-president John Mills said he’d rather lose British aid than submit to pressure by David Cameron to decriminalize homosexuality.)

“This camouflage acceptance of the unnatural behavior by our government has now threatened to destroy our society,” said Ayariga. “The effects are beginning to manifest and we cannot sit down and allow it to happen.” 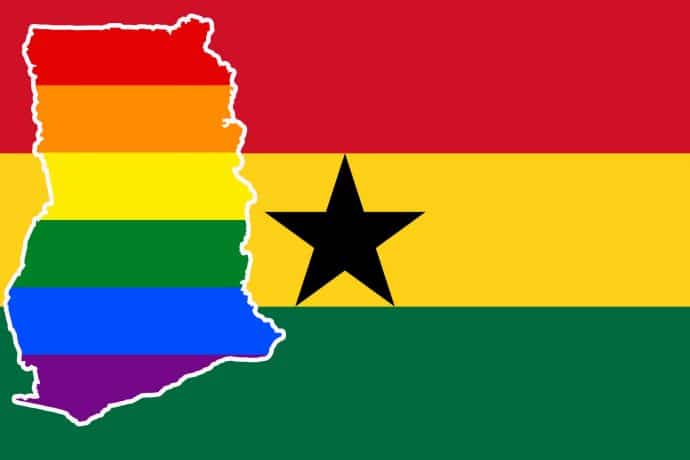 Many, like MP Alhassan Suhuyini, blamed the president for practically handing LGBT activists a road map to recognition.

“He recounted how it happened in England, where he grew up and says it will take the same processes for it to become a topical issue in Ghana, as well,” Suhuyini told Joy News. “That’s giving free consultation to the gays on how to get their demands met.” He encouraged Akufo-Addo to issue a statement clearly denouncing homosexuality, “or the lobbyists may lobby the government until they have their way.”

“The President is not God, he cannot say that Ghana will never accept it. He said culturally, it is not an issue that Ghanaians will accept,” Palmer-Buckle told Joy News. He added that the Church believes that homosexuals are also children of God, “just like the murderer and heterosexual.”

Ghana’s sole LGBT rights group, the Coalition Against Homophobia, Biphobia and Transphobia, said the president was simply being “realistic and honest.”

“He recognized that the issue cannot be dodged forever and, at the same time, [calls] for a conversation to be had, even if it would be in the long run.”

For now, the situation is still dire: In March, two men caught having sex in a hotel room were forced by authorities to simulate sex acts and pose for nude photos. In September, a gay refugee told U.S. immigration officials that death awaited him if he was deported back to Ghana. “I fear I am going to die,” revealed Sadat Ibrahim. “I will be killed.”

Homosexuality was first criminalized in Ghana in 1860, when the country was still under British rule.