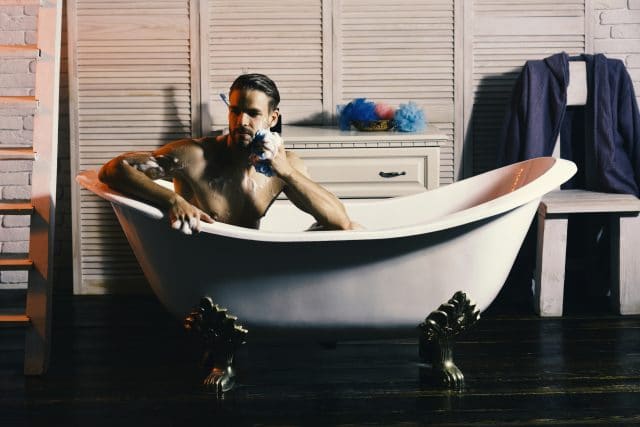 Last weekend was a long weekend here in NZ (Queens Birthday I think). Because of the work that Mike does he was working pretty hard late last week and on the weekend but on Saturday Mike called me and asked me if I wanted to head six hours north to Hamner Springs for a couple of nights.

Hamner Springs is well, it is a place where there are some natural springs. It’s a pretty funky little town that is only there because of tourists. I’ve been there a couple of times before – it is a good spot to spend a night on the way to or from somewhere. And I told Mike that I’d love to come along. I asked him if there was anything I needed to organise but he said he had everything organised and he’d pick me up when he finished work on Sunday around four o’clock.

Mike has a nicer car than me so I was happy to have him drive. The trip took us a good 6 and a half hours and we arrived up at the lodge around 11 PM.

The drive was nice (although it was dark) and Mike and I talked about everything on the way up. When we arrived at the lodge our room was absolutely FREEZING. We hadn’t eaten on the way up so we unloaded the car and went down town to the local pub which was open and had a light dinner (which kinda seemed like leftovers from the kitchen).

At the lodge there is a private hot tub which you can book but it closes at ten PM, otherwise we would have saved our appetite for each other. Returning to the lodge the room was finally warm enough to get down to speedos and we did.

I threw him on the bed face down and I started eating his arse. The site was amazing with Mike’s balls tucked under him so I was playing with his nuts while I tongues his arsehole.

We were both hard from the shower already but Mike still had to adjust himself every couple of seconds as he was lying on his stiff cock. Then I used my fingers on Mike’s arse. Kneeling behind him I kissed and licked Mike’s back while I slowly inserted one finger… then two. With his cock rubbing against the bed Mike began to trust back against my fingers – I had a feeling that Mike was going to ask me to fuck him and sure enough he did.

I wish I was ready right then and there but I had to open up my suitcase and get to my condom supply (which is always plentiful).

As I straddled Mike he turned his head and said: “Fuck me HARD Dave!!”

After more than a couple of minutes I lied my chest and stomach on Mike’s back and whispered in his ear “Would you like me to fuck you now?”

Mike was speechless but the gentle trusting of his lower body told me that ‘yes’ he wanted me to fuck him. And that is what I did. Earlier in the day I had masturbated like 3 times so I didn’t come in my usual 5 seconds and just as I was getting some rhythm I could tell that Mike was getting close… I started talking dirty to him and that in turn made me get very very close.

I’m not 100% sure who came first but it was a photo finish. By now it was well after midnight so Mike and I had another shower and went to bed – it is soooooo nice having a man to cuddle (and to be cuddled by). I’ll have to tell you guys about the ‘private’ hot tub at the lodge – perhaps THE BEST HOTTUB for SEX that I have ever been in.