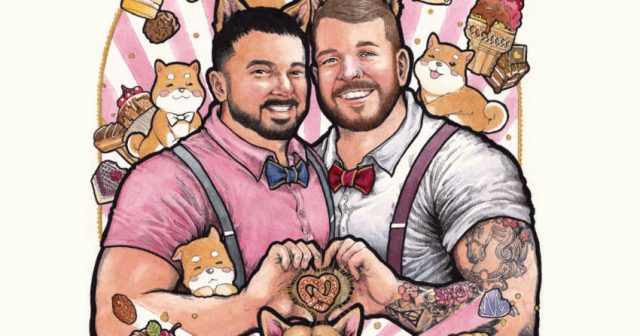 Because of his country’s ‘conservative and homophobic environment,’ Tama declines to reveal further details about his identity, except to say he comes from a small town in Indonesia. He recently quit his job in order to concentrate on his art full time. 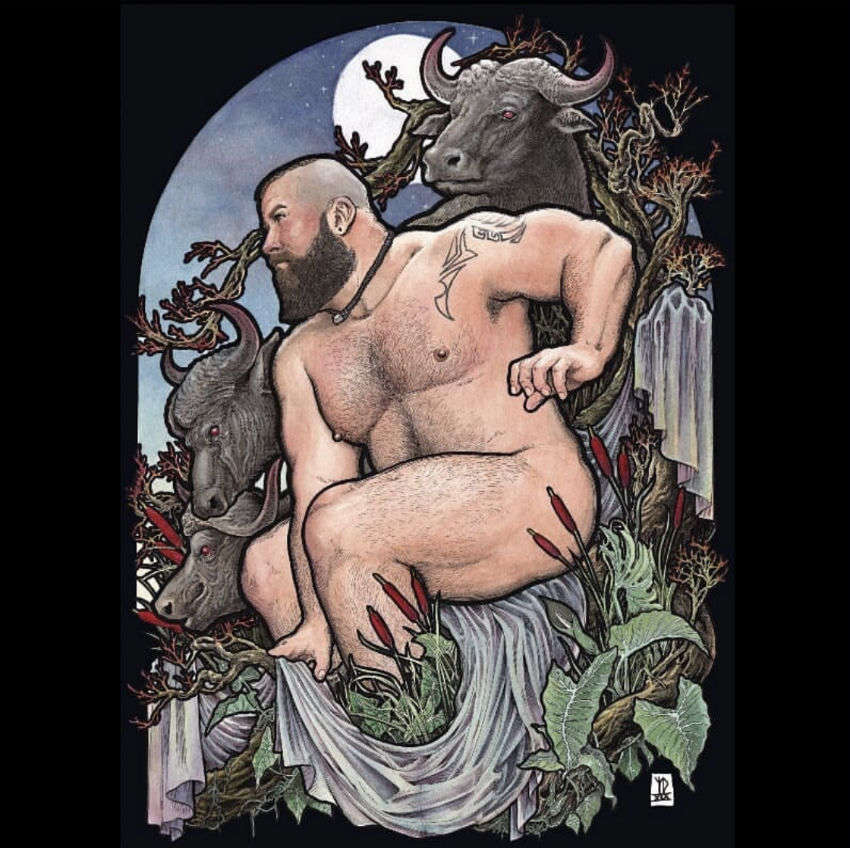 In the Caress of Dawn and Drowsy Stars (Image: Noxsatvrn)

Many regard Muslim-majority Indonesia one of the worst places to be gay in Asia. Although same-sex activity is legal in most provinces, other regions, such as Aceh, have criminalised gay sex. Wherever they live in the country, LGBTI people continue to face great stigma and persecution.

Through turning to art to explore his desires, Tama’s journey mirrors the likes of , or Japan’s . The latter has only recently begun to emerge from anonymity to talk about his work.

‘Noxsatvrn came from Nox,’ Tama explains of his chosen name, ‘which in Latin means the night. And the roman god Saturn, the God of harvest, time and periodic renewal.

‘The whole philosophy is that mankind has somehow always been afraid of the night and darkness and has always been connected to, let’s say witchcraft. 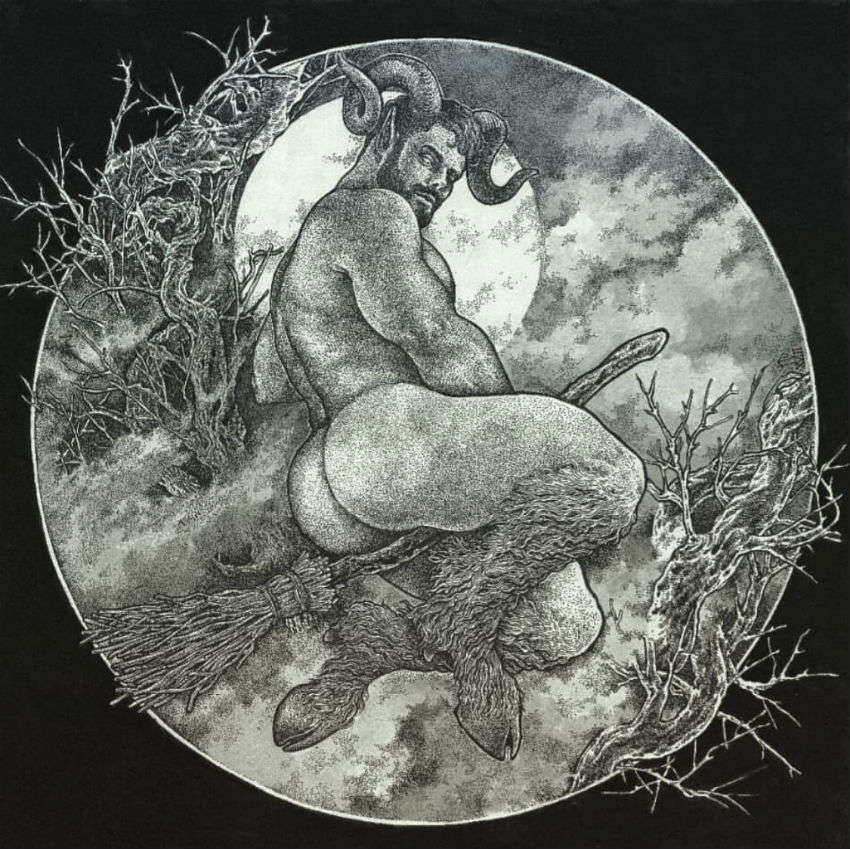 Noxsatvrn works in ink and watercolor to create his fantastical images

‘What I do and who I am might be equivalent to witchcraft to today’s conservative society, but only in my own reclaimed “witching hour” can I explore, evolve and gradually transforming myself as a human being through my art.

‘I renew myself everytime I create something, hopefully letting go of the obsolete and accepting the new.’ 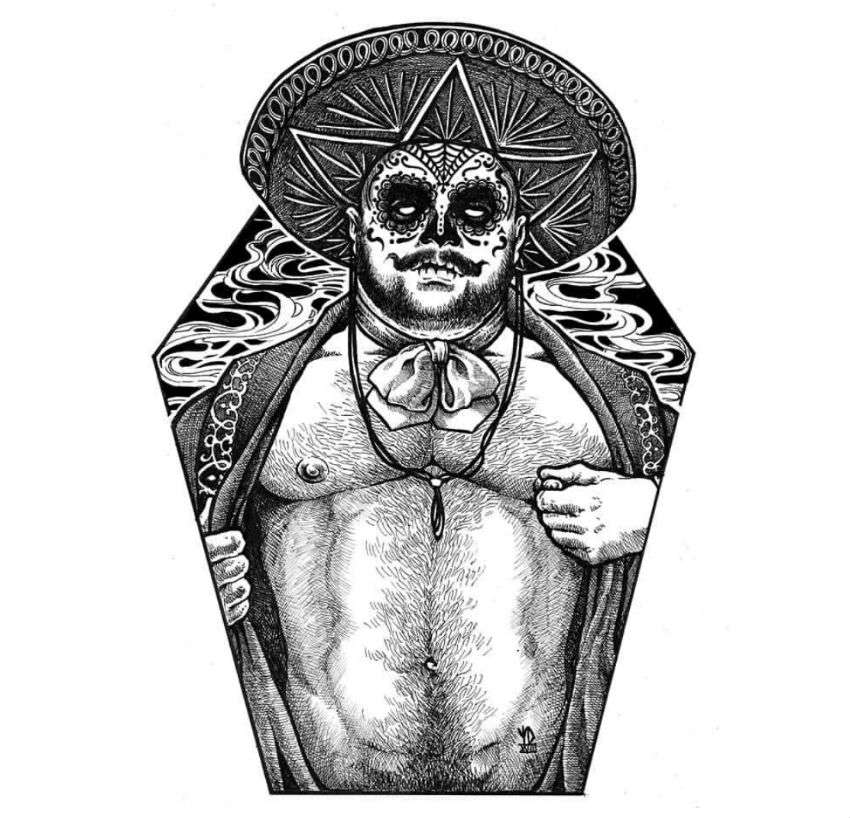 Tama started doing art seriously in 2015 and has been making a living out of it since 2018. He works mostly in ink and watercolor.

He works show experimentation across an eclectic range of styles. Sometimes it’s irreverent and cute: other times, dark and menacing. 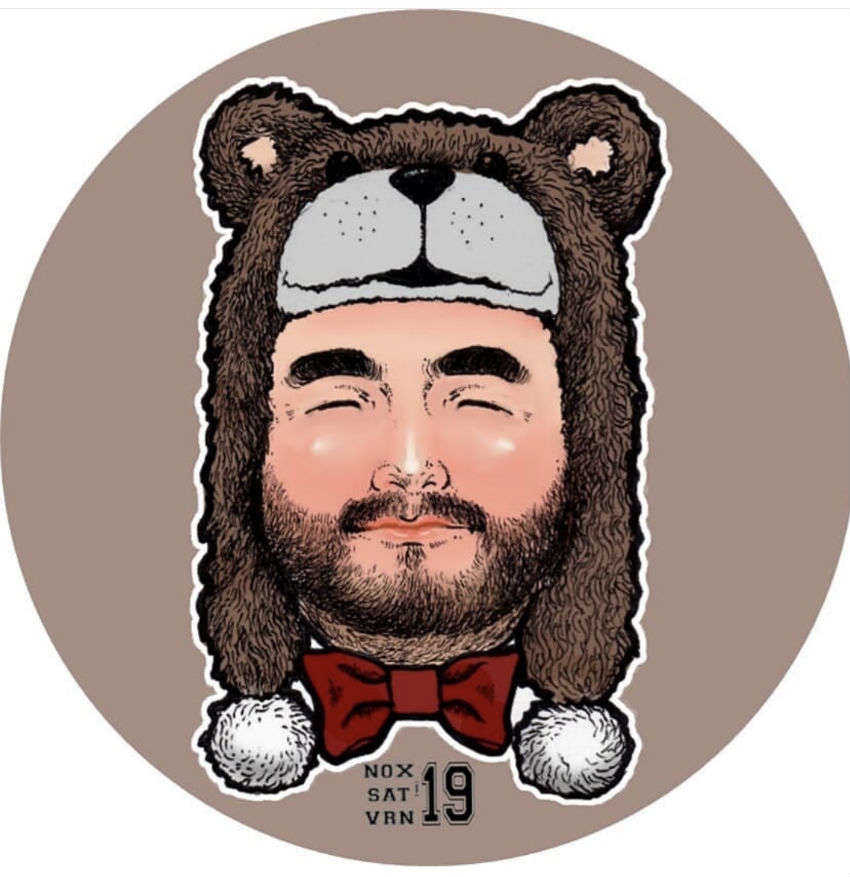 ‘Most of my inspiration came from mythology, music, films and literature, and sometimes weird dreams. Also, I’m really fond of art nouveau, occult symbols and art, and even hyper-cutesy art from japanese manga and anime.’

His work shows a leaning towards fantasy. So is he a bit of a geek, in this respect?

‘Most likely, yes,’ he concedes. ‘I grew up with JRR Tolkien’s books, Harry Potter and many other fantasy reads. During middle and high school I was drawn towards mythology, gothic horror, folktale and witchcraft, and I think at that time I started to have a thing for demons and vampires as well.’ 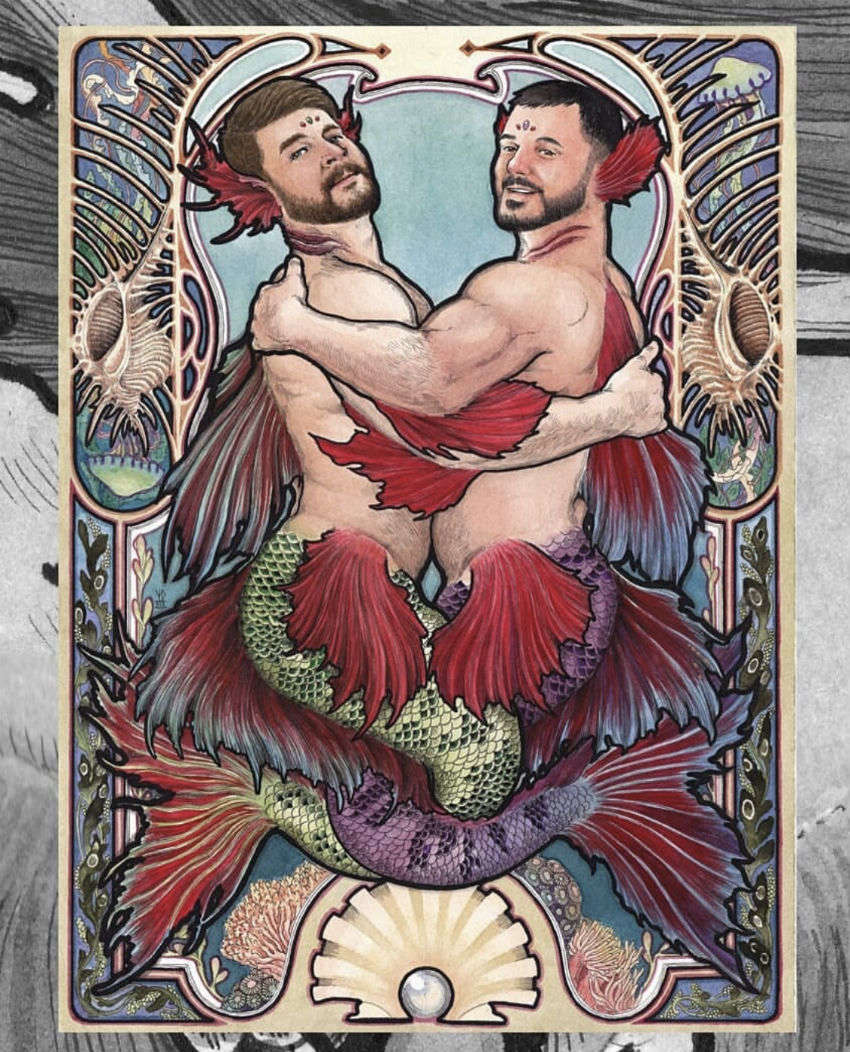 Some of his work is commissioned, but usually, he relies on his imagination rather than real people.

‘I still use reference pictures for anatomical purposes. And I want to feature and represent more diversity on my future artworks since it is very important.’

Recent work has included mock artwork for a graphic novel, Gays of the Dead. 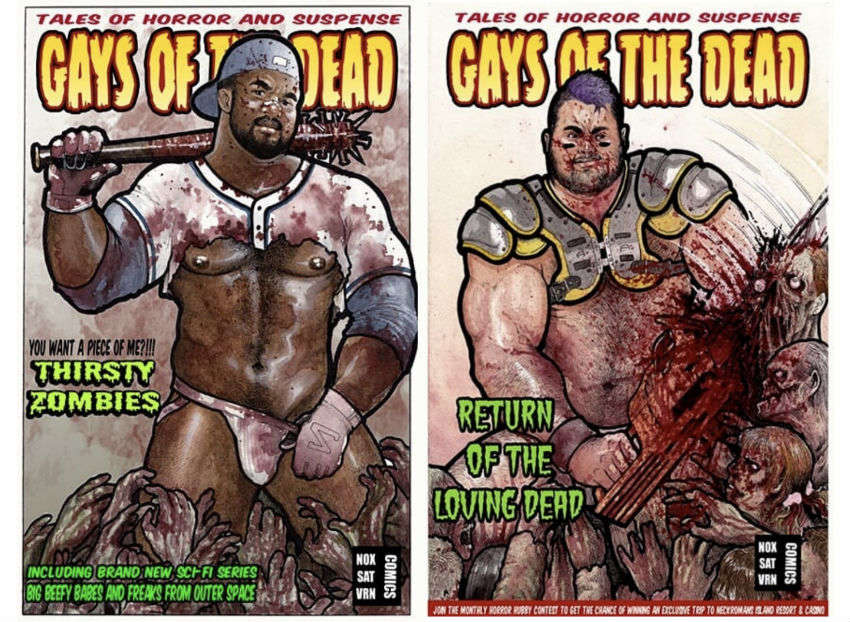 ‘It was made for a zine by on Instagram, and the theme was “Jock”.

‘I thought what would be good to represent my style but still fit the theme and not look too generic? And I happened to be watching Return of the Living dead and then “poof!”, the idea just appeared like that.

‘I wanted to have this cheesy, fun 80s horror comic/films vibe with a dose of gay and sexy. Who knows? Maybe I’ll consider making an actual comic. 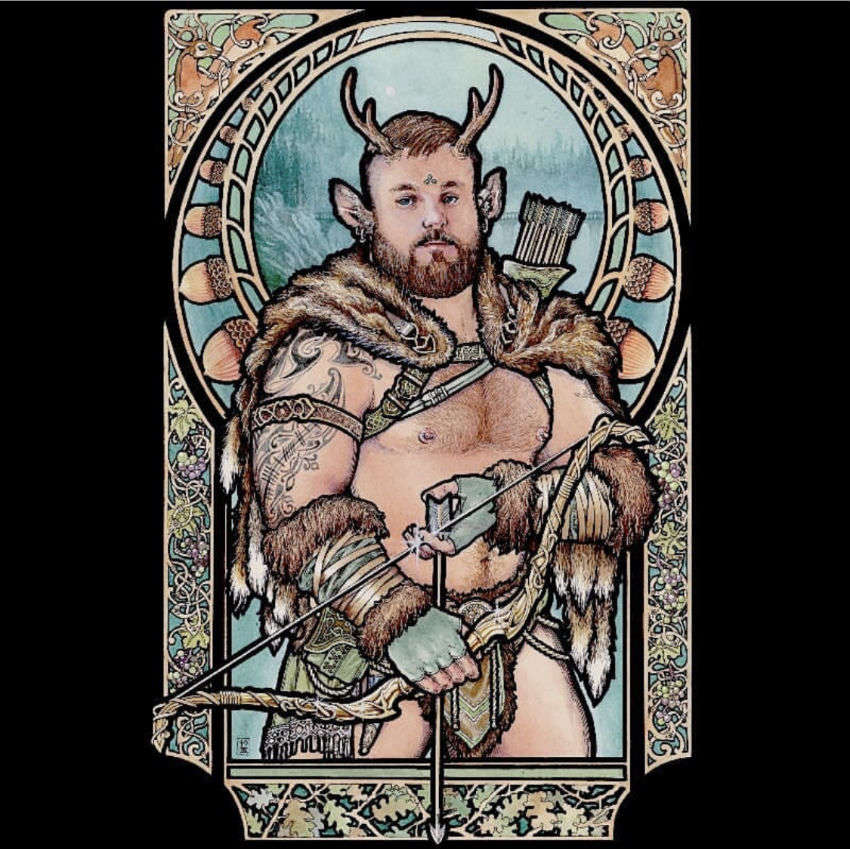 Tama hopes to host a mini Noxsatvrn exhibition around Halloween, and is currently busy working on new artworks. 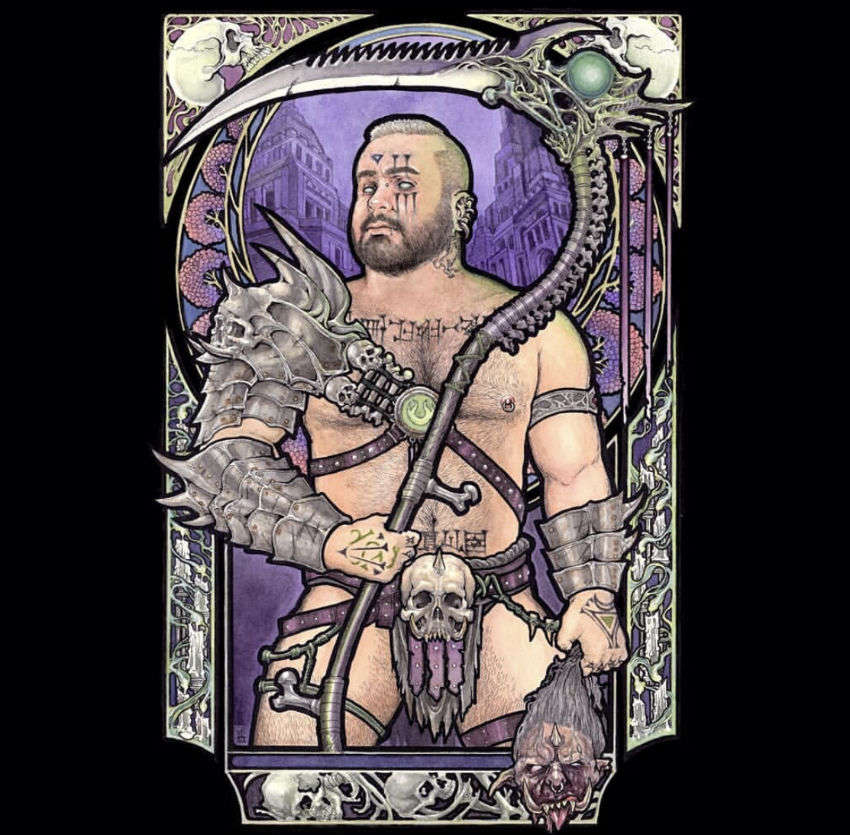 Possible future projects include a gay pin-up series about the hanky code and many private commissions. Although be prepared to wait. He’s not taking any more commission until November, when the exhibition is completed, and he’s already getting plenty of enquiries for after that date. 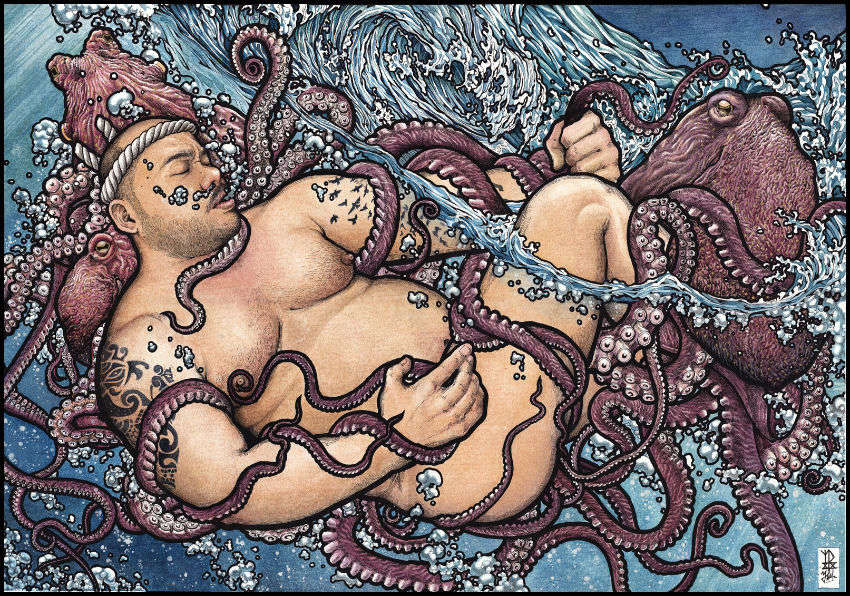