Home Gay Life The Repeal Of Marriage Equality In Bermuda Cost This Gay Couple Their...

“It is the most important day of our lives,” says Stephen Henderson.

Stephen Henderson and Stuart Andrews booked passage with P&O Cruises last summer so they could have their July 22, 2019 wedding on a boat in the Bay of Biscay. But last month, P&O informed couple that the change in law meant the wedding was off.

The news, which came just five days before Christmas, was particularly upsetting given that P&O is a British company and Bermuda is still a British Overseas Territory. “I would understand it if it was booked with a company in a different country,” Henderson added, “but this is like going into to Sainsbury’s and them saying, ’you can’t come in because you’re gay.’”

Henderson and Andrews got engaged in August 2016 while on a cruise with a different company. But they chose to go with P&O after seeing its campaign for same-sex weddings. “It is very hypocritical,” says Henderson. “They pride themselves on being a British company providing for the British people.”

The company is refunding the couple’s deposit but Henderson, who is disabled, says they deserve compensation for “all the hassle, all the time and effort that we have put in.”

“They are just refunding it and just brushing it under the carpet,” he added.

Carnival Corporation initially announced wedding packages would be available on its Princess, P&O, and Cunard Line cruises, with the first ceremony slated for this month aboard the Azura. 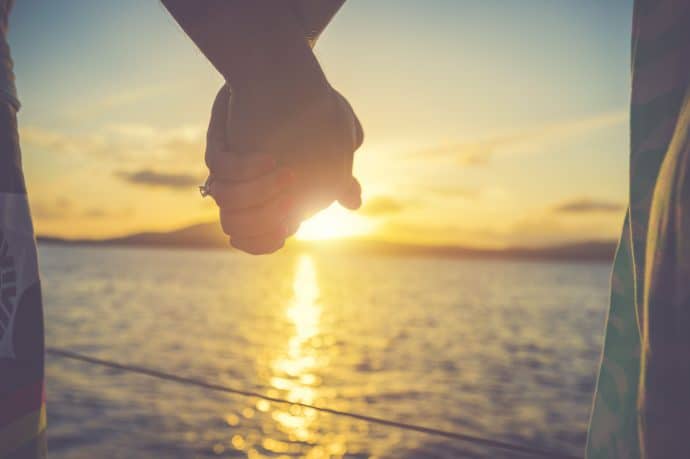 So far Carnival has not responded to requests for interviews, but a spokesperson for P&O told The Sun, “Although we are awaiting further information from Bermuda, it is unfortunately likely to be the case that Bermudian law will not permit a same-sex wedding ceremony on board our ships after January 2018.”

It’s believed Bermuda is the first country in the world to re-ban marriage equality. Activists obviously see it as a big step backwards.

“This is a human rights issue.” Shadow Economic Development Minister Grant Gibbons told Jamaican Observer in December. We are taking away marriage equality rights from the LGBTQ community.”